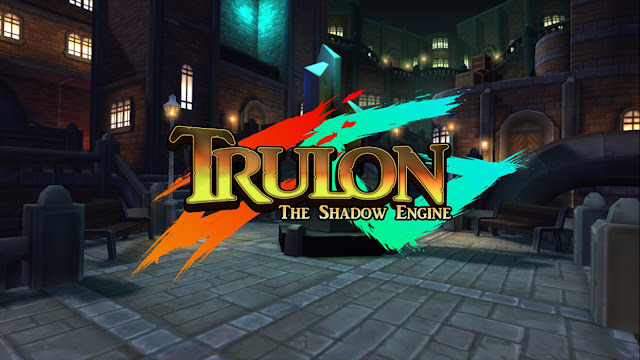 Trulon: The Shadow Engine is a great example of how a title can be ported from the mobile platforms over to that of the PC realm. Explores the lands of Tripudia and Maelon with Gladia, a Monster Hunter currently taking over for her injured father, in order to keep the townspeople safe while stumbling upon something even greater that can threaten more than her people’s humble village.

From the very beginning it is clear to see the original format that Trulon has come from. Utilizing a mouse instead of a touchscreen, the control scheme ends up working very well for the card based play style. A simple click is all that is required to move around the various areas that become opened as the story moves on. While not super expensive, these areas still offer some interesting exploration with enemies that are visible and must be dispatched before continuing on.

With enemies clearly in sight, there are no random encounters in the traditional sense. Walking up to enemies is all that is needed in order to launch into battle with your party on one side and their foes opposite. Instead of having “equipment” that affects your attacks, characters use their weapons which are augmented through character stats and a deck of ability cards that they bring into battle. These cards can be acquired through a variety of means and can be equipped in order to increase the party’s repertoire of abilities. At any time each character can have three cards on the left which are randomly shuffled at the start of battle and any cards used are inserted as long as there are others to take their place. If the deck is emptied then there are two cards on the right that can be used throughout the entire battle that are also shuffled in from the start but are permanently available instead of leaving the party stranded with no avenue for victory. 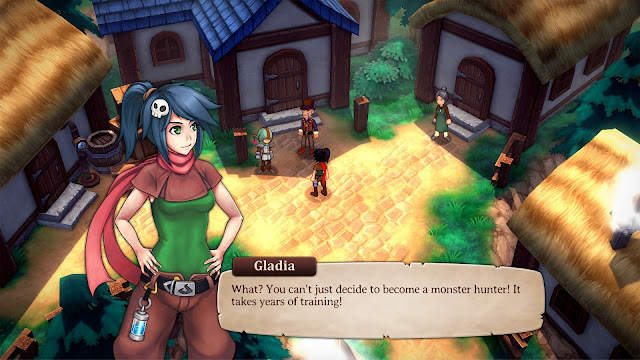 To use the cards it’s as easy and clicking and dragging them onto the recipient of the action. Cards vary in their actions from attacking one enemy, attacking all enemies, targeting one ally, all allies, with a variety of outcomes. Attacking your foes for example can be done extremely offensively adding fifty percent to the attack damage but taking away the same amount in your defense until your next turn while others can add twenty-five or fifty perfect defensively at no negative cost. Certain cards will allow for another action to be taken such as healing the party member before performing another action such as attacking an enemy. Other types can offer a second action but at a twenty-five percent reduction to their attack until the next turn which when combines with a plus fifty percent thereafter balances things out quite nicely.

The battle animations themselves are more cinematic in nature adding a bit of flair to the battle scene which would otherwise be a bland affair as the sprites themselves never do much more than move in place. Regardless of the action(s) being taken there are two bars that streak across the screen in various colors (depending on said actions) that show a bit of character and enemy animations as they either attack or chant spells. Not adding anything from a technical standpoint as it makes everything take a bit longer, it’s a nice visual touch that adds to the overall visuals which for starters are great to look at. 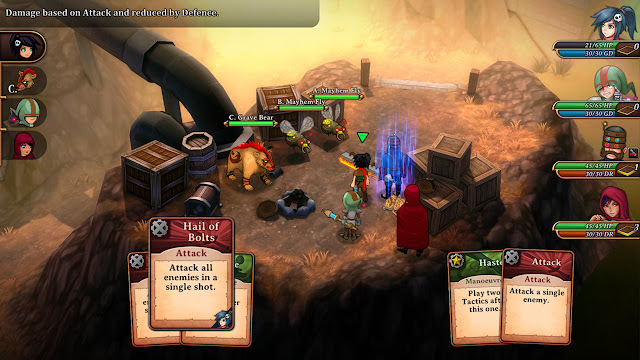 With battles being on purpose occurrences, there are ways in which random encounters can happen though they aren’t always in a battle like situation. While roaming the world map there is a possibility to inspect a location if the chance arrises. These locations can contain nothing more than items in treasure chests or a possibility to do more battle and raise your level up even more to boost your base stats. Jumping in on these is never wasted and more often than not worth doing.

With all the points going for it there are some unfortunate bugs at the moment in which can halt an adventure flat in its tracks. Game breaking bugs were sadly a common enough occurrence causing more than one restart at various locations due to a variety of reasons. Looking through the forums for a sense of if these could be taken care of with a quick search or not sadly didn’t yield and I’m still waiting for an answer on one of them. Game crashing due to Nvidia drivers and not being able to load any file whatsoever was the first. The second came in the form of a loop of events after saving and exiting after a story specific discussion early enough in which I should have left the area. These events would overlap but in the wrong space causing me to restart once again. Needless to say that the early portions became quite familiar and easy enough to breeze through with all the side quests with the amount of times that it was passed through. 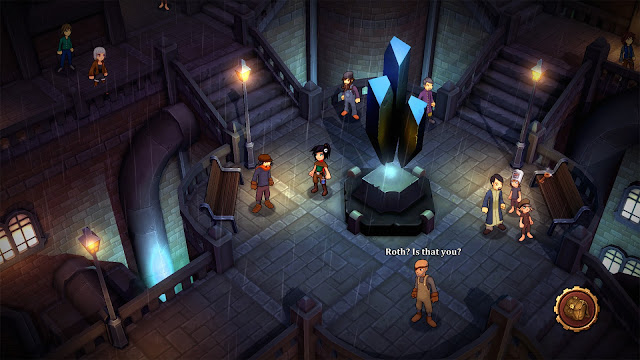 Even with the game breaking bugs Trulon offers a good visual and gameplay experience with well written dialog and fun characters to explore with. Sadly with the bugs being what they are at the moment it can get a bit hard to jump back in for the xth time if it does happen because it boils down to playing the same portions over and over in hopes that this time it goes further and that nothing actually crashes. Without the bugs and if they could be solved, Trulon: The Shadow Engine would be an amazing experience. At the moment however, Lady Luck will be the one to determine how far a journey can be had. 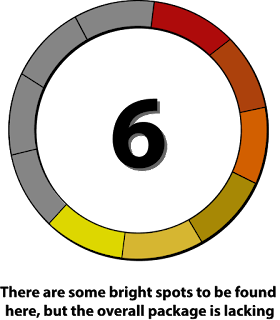