I am a huge, huge fan of the Guilty Gear fighters. Guilty Gear Xrd -SIGN- is one of the prettiest fighting games ever, and was an absolute favorite title of mine last year on PC. I am also a fan of blending game genres, but some combinations go together better than others, and while there are things about GUILTY GEAR 2 -OVERTURE- that I really enjoyed, the genres did not blend together quite as seamlessly as I had hoped.

So how to best describe GUILTY GEAR 2 -OVERTURE-? It is a mixture of strategy elements and third-person action. That combination can work, but the genres are so disparate that you do have to make concessions. One of the biggest concessions made here is the way you bring up a map of the battleground to help strategize where to go and what to do next. You frequently find yourself in narrow passages (similar to DOTA). The cramped spaces are not necessarily to my liking, but I understand how balancing units and the RTS elements of the game could have been a bigger challenge with more open spaces. 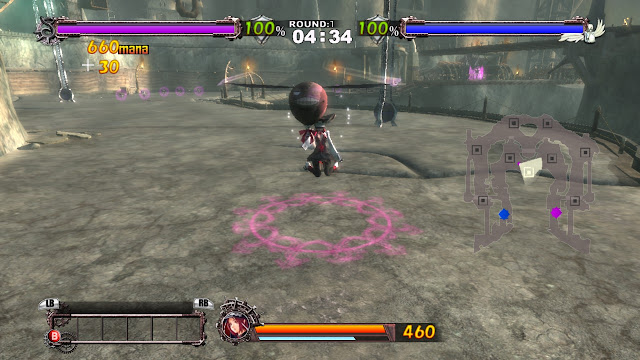 This title has a way of 'reminding' me of several other games. Instead of being a traditional fighter like other games in the Guilty Gear series, this title resembles a Warriors game. Now while I am a big fan of the Warriors titles most of the time, there are more notable rough edges to be had in GUILTY GEAR 2 -OVERTURE- by and large. Still, the way you string together combinations and lead your armies with a hero helps to create these parallels between the two games Even though it reminds me of Warriors, it plays out more like a MOBA with its need to push objectives at you and keep you constantly moving around the map. The narrow passages mentioned above also plays into this. The ability to micro-manage your troops and the wide number of different units with different abilities and a sort of rock/paper/scissors advantage one type has over another is what lends itself to the real-time strategy comparisons.

Familiar names and places help to provide a story that might be confusing if you are new to the Guilty Gear narrative, but I enjoyed the familiar aspects and characters all the same. Sin in particular gets a lot of story time, and it serves to fill in some narrative gaps between the primary fighting titles, which I appreciated. The music is outstanding, though the visuals are undeniably dated. This is a straight port of the 2007 Xbox 360 game, so while GUILTY GEAR 2 -OVERTURE- is not an ugly game, it is nowhere near as aesthetically pleasing as its more recent 2D fighting counterparts. Character models certainly look better than the environments, but mostly it's just that the game is visually dated compared to something brand new from 2016. Also, while addressing the audio presentation, while I thoroughly enjoyed the music, the little voice over loops were rather annoying and could have stood a bit more variety. 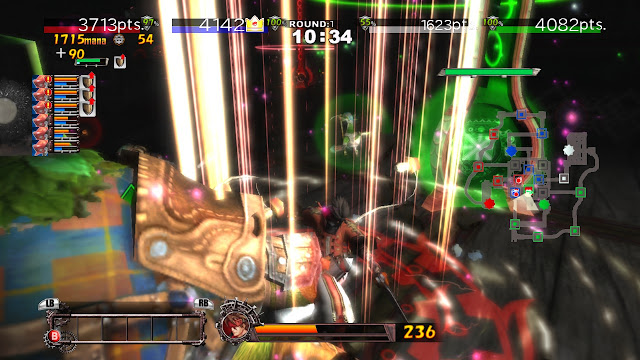 A handful of different modes including campaign, training, online and exhibition skirmishes give you plenty to do. While the campaign was enjoyable, I do suspect that the overall game could grow stale without proper online. The problem right now is that while there is Player Match available online, one of those aforementioned rough edges is that ranked matches will be coming later, but they are not implemented yet. Keyboard and mouse support is also finicky at this point - it certainly plays better with a controller. I have little doubt that Arc System Works will get these smaller details sorted out, but in the mean time they serve as rough edges to an already older title.

Even when those matters do get sorted out, there is the learning curve here - which is substantial. There is a great deal to understand, and playing against a seasoned opponent can spell doom pretty quickly. These different systems do not align with one another seamlessly - there are parts of the game where there are some uneven edges and overlap it feels like. The controls are not intuitive, the way you battle the map system for assigning troops and the way it is all handled in real-time makes the game harder to learn and execute on than it probably should be.

The good news is, once you invest the time to learn all of this, the gameplay is actually pretty rewarding. You get good at opening the map and quickly assigning commands. In the campaign mode this is less of an issue because of pausing, but if you are playing against someone else, it certainly adds to the tension because things keep chugging along. The good news is, you are both battling the same systems, so it's more annoying than unfair. 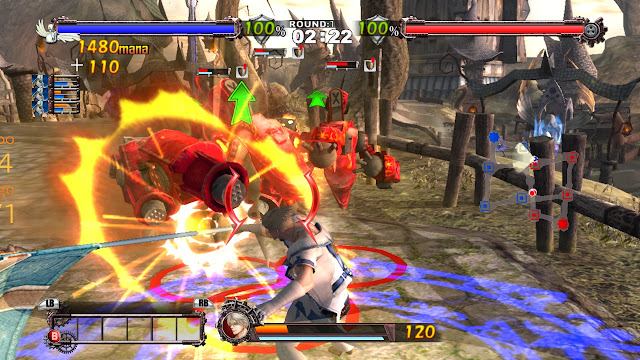 What GUILTY GEAR 2 -OVERTURE- hangs its hat on is the unique blend of action and strategy. Like most games that blur those lines, neither of those genres goes as deep as other games that focus on one style of play might. Combat is simple, and the tactical side of things is a little shallow. They do however create a rewarding mix between the two once you adapt to the game's unique style of play and learn how to best mitigate the sometimes cumbersome interface.

I actually found GUILTY GEAR 2 -OVERTURE- a somewhat challenging game to review. My love of fighters and strategy titles makes me more inclined to enjoy this mixture of genres than others might be. The story could be seen as dense or convoluted to newcomers, but I am well versed in the Guilty Gear world, so it was one of the more enjoyable aspects for me personally. Despite some rough edges and the outdated graphics, the overall game was one I enjoyed the majority of the time. It could have used some deeper mechanics, but I found myself coming back to it time and again until I completed the campaign mode, which is always a good sign. If you are looking for a unique game and like the idea of action meets strategy meets MOBA, then GUILTY GEAR 2 -OVERTURE- could be exactly what you are itching for. 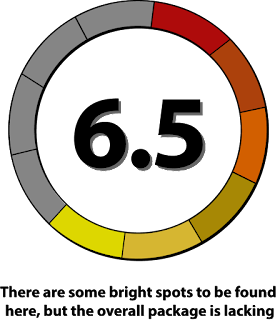