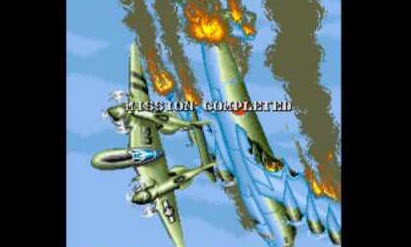 1943 is the sequel to 1942, a shooter that dates back to the Second World War, when the American forces defeated the Japanese and prevented them from conquering Eastern Asia. The game itself is not that old but the story takes place in that historic era.

All right, this is just a vertical scrolling shooter, where you keep the fire button pressed and shoot dozens of planes that look the same, avoiding their bullets and collecting bonuses. It won’t take you back to the past but the ending is noteworthy, as it mentions the naval battle of Midway.

So, is 1943 better than 1942, which was repetitive, very hard and poor in terms of graphics and sound? Yes but not as much as it should be, especially if you take into account it was released three years later. 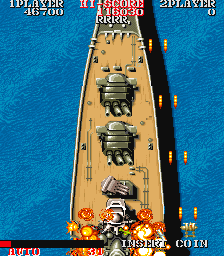 The graphics are better as the colors are more vivid, the explosions look nicer and there are some details added, for example clouds and ships in the distance. However, enemy variety is very limited, except for the bosses, which look impressive. Moreover, you always fly above the sea, which soon becomes boring. The music is not painful to your ears this time but I turned it off and realized it adds nothing to the experience.

The action is repetitive, mainly because there are 16 stages, which are too many. Nevertheless, bonuses are interesting, allowing you to cover a large part of the screen with fire and sometimes even destroy enemy bullets. They change when shot, so you should be extra careful to get the one you want. This means you must often stop shooting to take the right bonus, which is tricky. Your plane has fuel, which is depleted when a plane or bullet hits you, and you must replenish it by collecting the “power” icon. However, the same icon turns into a weapon icon. This is a problem because weapons last only for twenty seconds, so you must constantly get both fuel and weapon bonuses. In addition, fuel is decreased constantly, just by flying.

With a different bonus mechanic or fewer enemies 1943 would be a playable, though not exciting, shooter. As it is, though, for every good moment there are two frustrating ones and  I only completed it thanks to the infinite continues. The series got improved with this sequel but still lacked quality. 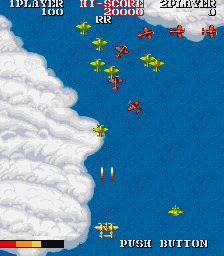 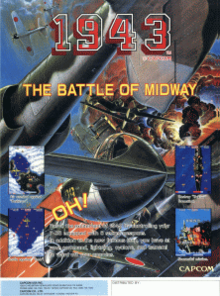