Serpent in the Staglands - PC Review

on July 08, 2015
I have been a fan of classic isometric computer roleplaying games since I was introduced to The Champions of Krynn what seems like a hundred years ago. I spent hours running through the dungeons of Krynn, generally being killed by acidic Kapak Draconians, but it never deterred me and set in me a fire for computer roleplaying games. Over the past twenty or so years we CRPG fans have been rewarded with games like Baldur's Gate, Icewind Dale, Planescape: Torment and more recently Pillars of Eternity and Wasteland 2. 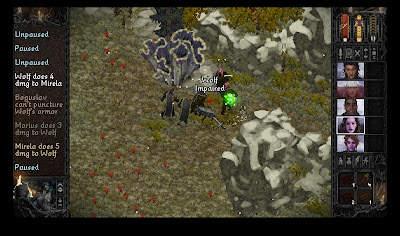 We are, to say the least, quite spoiled and extremely lucky to have been provided such splendid games, however it also sets the bar quite high when it comes to what we expect out of a CRPG. This bar can be difficult to approach for small studios like Whalenought Studios, developers behind the recently released Serpent in the Staglands. Was Whalenought Studios able to approach that incredibly high bar?

Serpent in the Staglands is a CRPG running in the same vein as the titans of old like Baldur's Gate as it is an isometric RPG that is extremely lore-heavy and follows a D20-style system. You start off a new game making a few choices that will help tailor various aspects of the story to your chosen background and once the choices are made the game begins to unfold. You are an ancient, yet somewhat forgotten being and you are stuck on this plane of existence and have to journey out into the Staglands to gain the power to re-open a portal to your own plane. You will start off by creating the avatar (and your companions if you so choose) that you will use to traverse the Staglands. 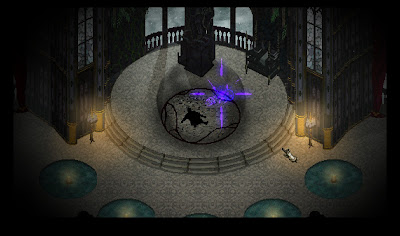 Each unique race, and there are 5 or 6 of them, each have three different sub-races. Each of the sub-races have unique benefits, whether it is a bonus to health, increase of profits from selling, racial bonuses against certain enemies, or affinity with certain types of magic or weapons. Once you choose your sex and race/subrace, you can apply a few ability points in the various attributes. In Serpent in the Staglands you have Intelligence, Dexterity, Strength, Occult and Perception which varies slightly from more traditional attributes, but the concepts are generally the same (though Intelligence and Occult could to a point be combined into a single category).

Once you get through creating your party and on your way it will become apparent very quick that you need to read everything that you come across to get a sense of the world. There is a ton of lore here, books lay all over the place, named NPCs may share useful information with you regarding the surrounding area and simply clicking through dialog can, and will, be your downfall depending on the area you are in. This is no kiddy CRPG and requires attention to detail and a drive to dig into the world and not come out. Fortunately it is easy to get sucked in because the writing is fantastic and contains a metric ton of interesting information. Seriously, Whalenought should consider releasing a novel, or a series of novels surrounding this fantastically rich and deep world. 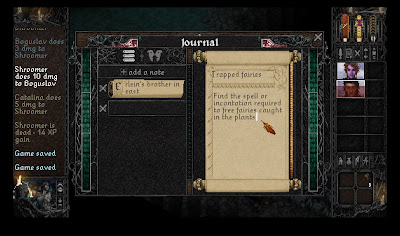 While information about the world is abundant one thing that I did struggle a bit with is the lack of a solid tutorial; there is quite a bit of trial and error and while that is not terrible, it did make for a few frustrating reloads. Heck, the first fight I got into was with a fox and wolf just outside of town and I was literally destroyed by the wolf. Once I got the tactics down things became a bit easier, but it took a few tries via clicking on random things in the UI to determine what they do. Not a terrible concept, since that is how games first started, but a little guidance in the form of a popup window or a passerby explaining the basics would be nice. However, combat has many layers through the various spell and skill books which can lead to numerous paths and outcomes in battles and there are so many options available to you that you could literally play through the game using different abilities and still have a grand time doing it.

Serpent in the Staglands feels huge, especially due to the depth and wealth of knowledge that you can glean about the universe, though some less patient gamers may have trouble with it. I for one completely enjoyed my time running through the Staglands (and dying, often), but it never became a chore. For those looking for a traditional game that incorporates some of the best ideas from recent years, I would strongly recommend picking this title up as you will not be disappointed.