on July 23, 2015
Here are announcements around two upcoming Activision titles, each one calling back to my childhood in a different way. 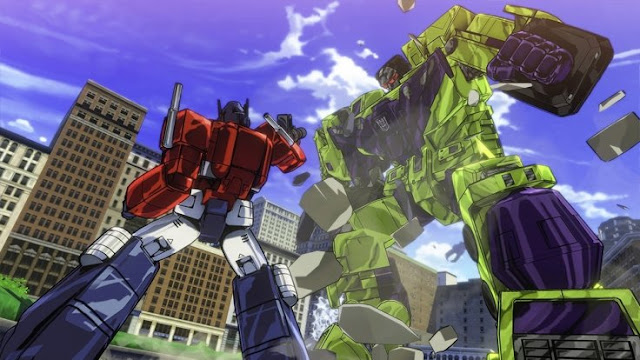 TRANSFORMERS: Devastation brings Hasbro’s converting robot titans to life with classic Generations styling and modern attitude. This new trailer highlights four of the five playable heroes in the game – OPTIMUS PRIME, BUMBLEBEE, SIDESWIPE and WHEELJACK – as well as notorious foes like MEGATRON, STARSCREAM and the towering combiner, DEVASTATOR. Whether leaping into vehicle form to ram enemies at high speed or juggling them in mid-air with a flurry of blinding-fast combos, the dynamic action of TRANSFORMERS: Devastation is so close it’s personal.

Activision Publishing, Inc., a wholly owned subsidiary of Activision Blizzard, Inc. (NASDAQ: ATVI), and Peanuts Worldwide announced they will release an original PEANUTS video game inspired by The Peanuts Movie, coming this fall from 20th Century Fox and Blue Sky Studios. The Peanuts Movie: Snoopy’s Grand Adventure is a side-scrolling exploration platformer game starring the characters and charm of the classic comic strip from Charles M. Schulz, which is celebrating its 65th anniversary this year.

In The Peanuts Movie: Snoopy’s Grand Adventure, Snoopy explores the fantastical worlds of his imagination to track down Charlie Brown and his friends in an intricate game of hide-and-seek. As he follows their trails, Snoopy will acquire new costumes (based on his many alter egos) that provide unique abilities for overcoming obstacles and reaching new levels, including flight stages that let him take off as the Flying Ace. From the jungle to Paris to the moon itself, each environment is painted gorgeously in the same visual style as The Peanuts Movie to bring to life every colorful detail of Snoopy’s wild daydreams. The game also includes voice talent from the film.

The Peanuts Movie: Snoopy’s Grand Adventure challenges curiosities of any age with comfortable, pick-up-and-go controls and plenty of lighthearted surprises to discover. A second player can join the adventure as Woodstock to aid Snoopy by distracting creatures, opening new paths and helping locate hidden collectibles.