on July 22, 2015
The strategy/RPG hybrid may be my favorite gaming genre ever. I cannot tell you the number of hours I sunk into games like Shining Force, Fire Emblem, Warsong, King's Bounty and more. I love the fantasy scenarios, turn-based strategy and the numbers crunching that I do in my mind to make my strategies come to life. Now that it has exited Early Access, I feel that Sorcerer King may be on track as the best strategy game of 2015 to date. 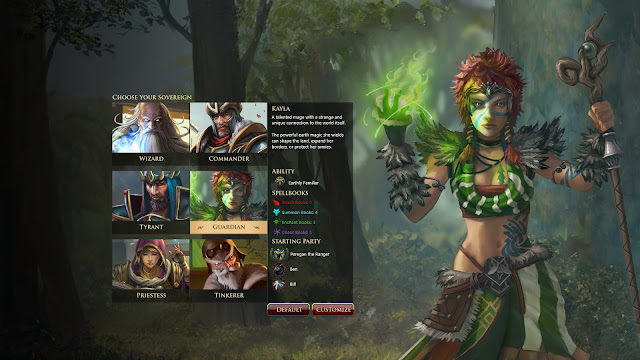 The story is simple enough fantasy fare that starts our hero with their back to the wall as an evil Sorcerer King has managed to become so incredibly powerful that time is simply ticking away to the world's demise. Actions taken and battles won and lost impact this doomsday counter in positive and negative fashion.

The premise is actually quite solid and pulled me out of my usual approach over over preparing for fights. I am one of the slowest strategy gamers ever. If there is not some sort of a clock or timer to push me along (for example, dying of old age in Nobunaga's Ambition and other classic Koei strategy games), I have a tendency to sit on my thumbs and build the perfect army to stomp through my competition with. Sorcerer King pushes me out of the comfort zone and the experience is certainly better for it.

Right off of the bat, you have a chance to select one of several leaders. All of these characters are drawn from the human populace. While the entire world is in peril, apparently the humans are the only race able to get their act together and try to save it. In seriousness, I usually take a human or elf in high fantasy games anyways, so this restriction on other races and types of units does not greatly bother me, but I can see where it might feel like a missed opportunity for other players. Personally, I think it leaves the door wide up for expansion DLC that later lets you use a completely different race as you try to lead them to the endgame as well. 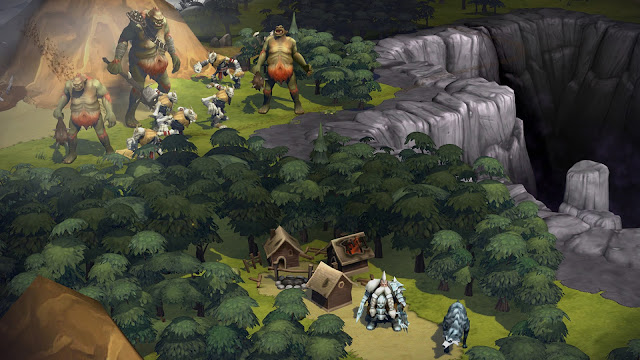 While the primary objective is your constant driving force, the bevy of side quests found along the way not only provide some quite challenges to overcome, but also offer up some of the best humor found in Sorcerer King. The writing strikes a careful balance between the dark storyline and some dark laughs as well, poking fun at the genre and situation in a way that sort of reminded me of the amusing and seldom serious King's Bounty games.

The style of play also reminds me of King's Bounty or the popular Heroes of Might & Magic series. The map spaces are a bit too claustrophobic at times, rendering ranged attacks and some magic somewhat less effective than they would have been on more expansive terrain. That being said, the tactics themselves are handled very well, with a solid user interface and a nice layer of strategy required for success. Magic itself is interesting, because in King's Bounty I always felt it was overpowered, but here in Sorcerer King I feel it is nerfed due to the need to have a unit actually cast the spell for you. There are only a handful of spells that are powerful enough to justify one of your units taking a turn off to cast. More often than not, I opted for the brute force tactics.

The presentation is quite solid as well. The graphics have that soft, colorful look that feels right at home with a fantasy setting such as this. They are appealing without being too much overhead for most machines. Characters move about and animate well enough, but the graphics are also a long ways from being a technical marvel. The sound effects do not really impress, nor do they become so repetitive that they really annoyed me. The soundtrack however was almost always excellent, with memorable melodies that suited the game's atmosphere beautifully. 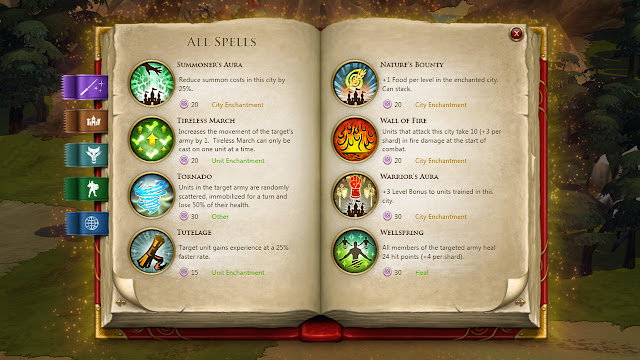 The RPG elements such as crafting, gaining experience so that troops can level up and progress, learning new spells and finding powerful magical items all enhance the experience greatly. There is also a sense of choice that can impact the doomsday clock that is perpetually ticking away. These facets of the game really help to make Sorcerer King a deeper game beyond just the tactical combat aspects. The diplomacy had a chance to be a difference maker as well, but it often falls somewhat flat. Other commanders are basically AI fodder that do not seem to adhere to principles or ethics. They are quite willing to sell themselves out to the same evil enemy they were badmouthing two turns prior it seems.

In truth, the AI could be somewhat stronger. Sorcerer King sets up a wonderful situation where you are the rebel trying to overthrow this dark king. The odds are stacked against you right out of the gates. In older classic strategy games, everyone has a fairly even playing field. If you look at a game like Romance of the Three Kingdoms, each person starts off in a competition against one another with similar if not completely even footing. Here you are not looking to wipe out all of your rivals. The idea is to grow, to manage the doomsday counter and to work your way to the ultimate goal of defeating the Sorcerer King. 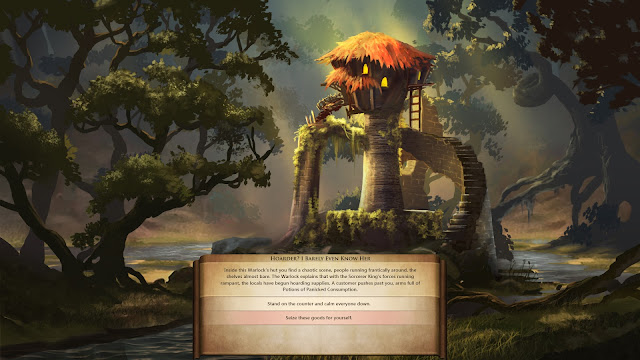 There are pluses and minuses to this approach. It makes the world feel more alive, and this gives Sorcerer King a more RPG-like narrative that is running all of the while. This makes your character's adventures feel like an earnest story, and that really appeals to me. The drawback to this is the ding to replay value as it stands currently. While each commander has their own specific talents and slants, you are effectively commanding the same basic human armies. Obviously this circles back to my comment earlier in the review about how Sorcerer King would have benefited from more races to play, but I like to think that with the foundation that this title has put down, that could very well be an outstanding expansion opportunity that I would be more than willing to explore down the road.

Sorcerer King should appeal to fantasy fans who enjoy turn-based strategy games. It feels comfortably familiar right out of the gates and makes a spectacular first impression, while adding just enough depth through RPG elements to sustain the game through to its conclusion. Trying to rally what amounts to a ragtag bunch of rebels to overthrow the evil king with a timer counting down the entire time is a welcome twist that forced me out of my strategic comfort zone while rewarding me with a sense of satisfaction for overcoming the odds to win.