Years ago my above friend did something that I’ve never looked back on or once regretted. He sold me his PS1, which was my move away from Nintendo based consoles for quite a while. Sometime after this he introduced me to what is pretty much a cult classic: Suikoden II. Fast forward another few years and I bought my brother’s PS2, making it my own. Louis came over throwing Suikoden III at me before he was heading out of town for a weekend. While I enjoyed Suikoden II, it to me didn’t hold a candle to Suikoden III, which was my favorite entry in the series until the release of the fifth. Back once again, Konami have re-released Suikoden III on the PSN, making it playable for both the PSIII and the Vita. While physically sitting on my shelf, it has been too long since I’ve picked it up. Being able to review it now is an honor. 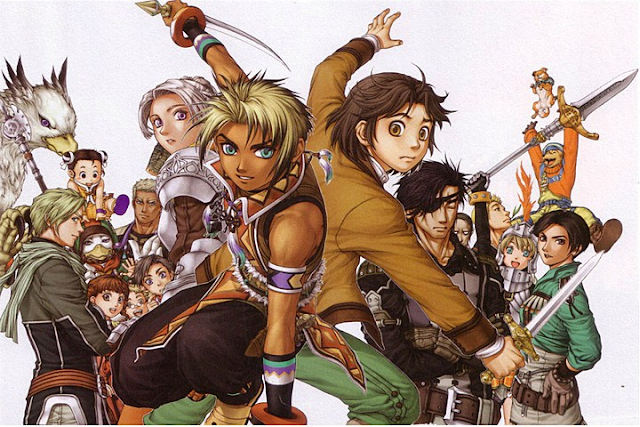 Suikoden III was special for more reasons than the above stated. The third entry into the series went through many changes from the previous two as it took advantage of the power of the newer PlayStation 2 moving from a sprite base over to 3D models and environments. This allowed for characters to show expression in more than just dialog boxes, creating a much more of a cinematic approach within gameplay like a lot of that era tried for before voice acting became more commonplace. While graphically moving in another direction, an anime-like opening cutscene was still used as a lot of RPGs did, but was now in even higher quality both in terms of sound and visuals. Exceeding Love, the opening theme of Suikoden III, perfectly fits the opening sequence and the overall feel of the story which is deep, rich, and at a lot of times heart heavy with the actions that some must take whether they want to or not.

Having gone a different route than the rest of the series, Suikoden III is the only entry in the series that features three main protagonists with separate story lines as well as several playable sub plots. Now while the idea of separate plot lines can be daunting at times since generally what happens is that players would be replaying the same events over and over for maybe one or two different story segments, this is far from the case. Each of our three characters all have chapters of their own and can be selected from the starting Trinity Site in which players are brought back to on the return of a finished chapter. This site allows for the player to choose the next chapter of either the same character or that of another. With this in mind, it is not possible to finish the entire story with solely one character as everything is intertwined. Each main character story must reach a certain point in order for everything to continue moving forward again never leaving any doubts as to what is happening. Actually, that’s a lie! There are a lot of moments in which players might be thinking “what is going on?” until much later when all of the pieces truly fall into place. Here are three completely separate people, from completely separate backgrounds and cultures. Biases, hatreds, and misgivings between some is more than expected when one group tends to think of the others as uncivilized barbarians. GENERALLY though, following all chapters will paint a proper picture of the events unfolding as the chapters happen at roughly the same time or slightly prior showing how things came to the point that you are seeing or have seen. For anyone not having played, even if it is a much older game, I’m going to say that I’m not touching anything story related as just about anything could be a spoiler for something else! One thing that should be noted however is that being an older RPG, save points are not exactly the most common at times and when you sit down to play, prepare for several hours worth of game time as sometimes, that’s the minimum between various cutscenes and battle segments.

Combat is probably one of my favorite parts of Suikoden III. Using a six member party, players set up their characters in groups of two for a total of three groups. The manner in which groups perform depend entirely upon who is paired with whom at times as it can make essentially a landslide of difference in battle capabilities. Actions that can be taken in battle range from physical over to magical in abilities as well as the option to simply attack. Using a form of movement, the player’s party and the enemy party will need to move between themselves and each other in order to hit their targets. Units that are mounted on horseback essentially have more chance of making it if there are a lot of enemies on the field in comparison to someone on foot.

Where things get really cool is when you start collecting more characters for larger parties and experiment with who gets paired. The best example of this is one of the main characters Hugo and his griffon Fubar. Side by side in different groups they will go about attacking as they see fit alongside their partner or solo depending on the size of the group. When paired together however, Hugo rides Fubar which leaps up into the air and flies to the target and together they do a lot more damage at the expense that they only perform one action. With a total of 108 different possible characters also known as the series’ Stars of Destiny, there are a lot of possibilities in mixing and matching characters for various outcomes. 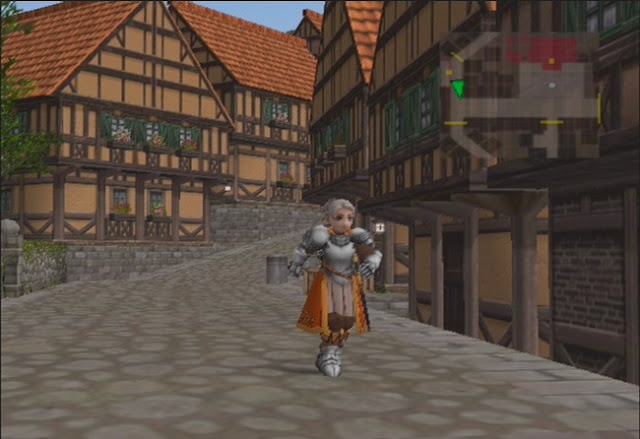 On completion of a successful battle, every present character receives experience points. I know right? Who would have thought with this being an RPG and all. Why this is a bit more important is that only two series that I can think of have done away with incremental experience caps and instead decided that characters simply need 1000xp in order to level. The first is the Suikoden series and the second was the .Hack series. Just 1000xp? That’s it? That’s it. Obviously nothing is ever that easy though as we’ve all come to know. Each character level is a simple 1000xp with modifiers that are put into place as they gain levels. At a certain point in time it no longer becomes possible to level off of certain creatures as there is essentially nothing left to learn and experience must be found elsewhere in more danger stricken territories.

Like Combat, Skill and Magic work interestingly enough. Using a form of letter grade, both of these types of abilities generally start off in the range of D, E, F, which would mean that the character has an idea of what their doing, but they aren’t great at it. Using points gathered in combat, either type of ability can be upgraded at a shop that offers its services in that field. Upgrading one of these abilities allows for several things. The first is that especially in the terms of magic, spells can be cast more times as the stock of what a character can perform before a rest in increased. Secondly the higher abilities within that tree are unlocked allowing for more powerful spells to be cast. Lastly though, this modifies the casting speed time in which a character requires to perform these actions within battle without worry as it is possible to be interrupted.

Not every character is good at everything which should be kept in mind when looking at possible skills or magic to add. With 108 different people that makes a lot of sense. In the shops there is the ability to ask the owner to check compatibility. This will allow the player to better grasp how they should develop up a character. Some character for example can never be better than a D-Rank for water magic while others that excel can go all the way to either an A, A+. or S-Rank. If mistakes are made through or it simply makes more sense to add a different skill or magic type, these can be forgotten for another cost in order to start all over again. Not everything can be forgotten just as not everything can be learned. Finding out which is which is just as important.

Suikoden III was released as a PS2 Classic and not as an HD Remake meaning that nothing was touched in regards to visuals, menus, resolutions, etc. The anime cutscene still looks absolutely impressive as anime does tend to age very well. As for the rest of the graphics it should be noted that everything was originally designed for a 4:3 ratio before widescreens became a thing. I know right? How did we ever manage… 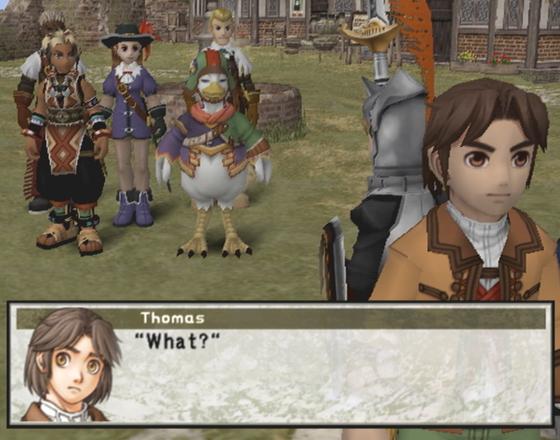 If the default settings are left as they are, there could be a bit of wanting for sharper graphics as things can look a bit edgy and the character dialog is somewhat blurry. Having a PSIII that dates back to before Sony decided to remove the chip that ran the backwards compatibility, I’ve had more than enough time to get familiar with possible options to improve the older generation of games. Thankfully those options are still there on newer PS3s through the software emulation as I’ve had Suikoden III running on a slim model. The particular option is “smoothing” which fixes the above issues making everything much more enjoyable to look at even if the whole screen can’t be taken up. This is important to mention as most people may not think to even look around for something like that and be disappointed as the quality is not up to today’s standards when it can be.

Suikoden III as a game is a stellar RPG that does everything right. Suikoden III as a PS2 classic is still just as good even if something tiny like aspect ratios prevent from having full widescreens. Combined together, the experience is a great one and more than worth it for both old fans and new players as each entry of the Suikoden series happens in the same world but each act as a stand alone short of some very tiny details here and there.