Along with a staging in 2.5D and a narrative that addresses all kind of psychological and emotional elements, Afterlight makes an original and different proposition capable of revolutionizing the genre -as titles such as Journey or Inside did in their day.

Although the development of Afterlight has already advanced beyond its initial phase, it will be key that its Kickstarter is successful, in order to finish properly.

Afterlight is an introspective adventure into the mind of an isolated astronaut in Titan. This journey is about trust and forced friendship, perception and psychological traumas -as a metaphor for toxic relationships in desperate overcomes.  Set in Titan's Kraken Mare landscape in the XXII century, Afterlight is a puzzle-adventure game in 2.5D with environmental narrative. You are Xin, an astronaut who has to update the mission’s corrupted AI in order to establish communication and ask for rescue. 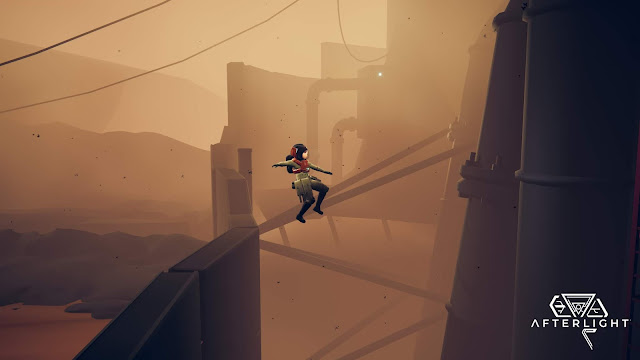 Afterlight is being made with lots of care, focus on the environment, emotional and psychological elements and animation to provide a rich gameplay experience as well as a compelling story.


Afterlight, the oniric 2.5D adventure set in Titan and developed by the Málaga based Silent Road, opens its Kickstarter page today.

Keep up to date on Twitter and the Official website! Don't forget to wishlist it on Steam.