The Death of Erin Myers - A New Mystery Game Releases

The Death of Erin Myers is a dark and gritty 1st person pre-rendered mystery game that casts players in the role of Erin Myers, a cop who is now dead. But how did she die? And why did she die? These are the questions that will be answered as players step back in time and puzzle their way through 9 prominent moments from her life. Moments that will reveal who Erin Myers was and what happened to her. In the end, she can't be saved. But maybe, just maybe, she can be understood. 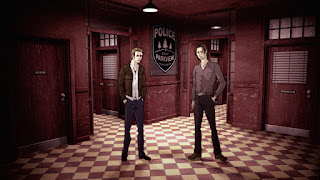 "I can't give too much away without spoiling the mystery," begins developer Daniel Lee Peach, "but what I wanted to do with Erin Myers was tell a story that was primarily about character. What might have happened to someone in the past that would put them in a particular situation now? What is driving them to do the things they're doing? And how do they feel about it all? And if we don't have to worry about where we're going to end up, because we already know, then we can concentrate on the specifics of how we're getting there, which in some cases, might be a lot more interesting."

The Short Story Series is an anthology of 5 standalone games, each lasting 1 to 2 hours, and each telling a different self-contained story. They will all include standard point-and-click adventure game elements such as exploration, interacting with other characters, and picking up and using objects to solve environment puzzles. And even though each game will be unrelated, they will all share a certain dark and macabre subject matter, ranging in genre from mystery to horror to science fiction.

The Death of Erin Myers is available now from Steam, and DRM-free from Itch.io, for $1.99, with a 10% launch discount.

For more information on The Death of Erin Myers, the Short Story Series, or Viperante in general, please visit their webpage. 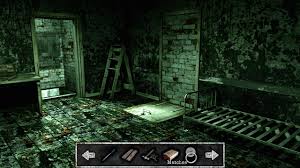