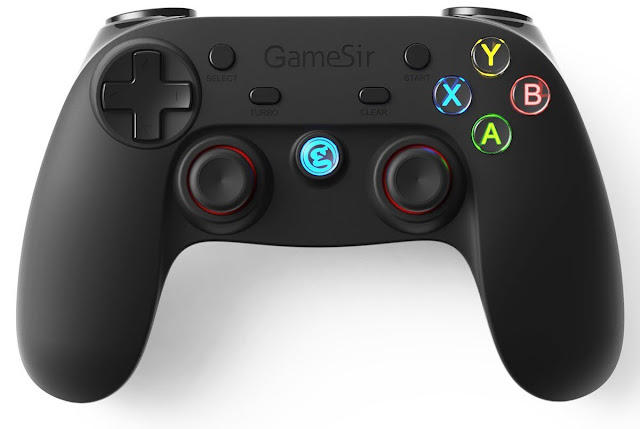 I had a very specific use in mind for this controller when I acquired it. We had just gotten an Android streaming box for our living room, and we started to dig into it and realized that to properly leverage the games, we would have to use a controller. I have a few PC controllers around my place, but they were all wired and we wanted to use this in our living room where people are constantly walking through the room. What I liked most about this controller is how well it helped me solve that problem, and then later addressed others I did not realize I had yet.

The versatility in the GameSir G3s is what really got me. Now, my Android device does not have Bluetooth, but it does have multiple USB ports. I went ahead and plugged the small dongle that came with the GameSir in, and immediately it was recognized by the device. A pretty good start as you can use the 2.4 GHz or manual connection - but seeing as I was looking for a wireless controller, that need was immediately resolved. I then went about testing. Configuring it on multiple programs, using it on my iPhone via Bluetooth, hooking it up to my PC and then my PS3. 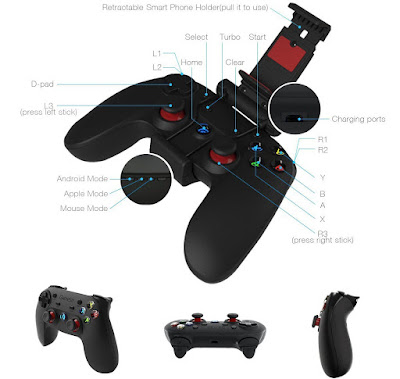 In each instance things connected flawlessly and effortlessly, though you will want to make note of the instructions that come with it since there are different options for syncing the controller to the various devices.. As for the controller itself, it is actually a well-built third party controller. The sticks are responsive yet sturdy, the buttons on the face all have a good amount of pop to them, and the triggers and shoulders are accurate whether playing a racing game where you hold them down for extended periods of time or shooters that rely on quick twitch reflexes. A nice touch is the lighting on the controller, which illuminates the buttons and the base of the sticks. It is a nice touch and just a little flashy.

Another nice touch is the clip that you can attach to it - handy for those who are looking to use it to game with mobile phones. You can securely clip a phone in and play it (I was using an iPhone) with far greater accuracy than those on-screen touch controls. In terms of the controller ergonomics, it reminds me of a PlayStation 4 controller sans touchpad in the top/center of the unit. It even has a vibration function for the games that support it. It is a lightweight unit, because it uses a charge cable to USB (supplied, which can also be used to direct-connect to your system) and not actual batteries. It is a nice touch, especially since the charge lasts for a good long while.

With all of these bells and whistles, the one that surprised and pleased me the most was the 'mouse mode' you can activate on it. I did not realize that this was an option, but boy is that a great bonus when working with the Android device. While I like the Android device itself, the remote that it came with has proven to be a mixed bag. It just randomly stops responding at times, and can be imprecise at others. I loved how the GameSir G3s worked when playing games, but then noted the mouse button on the underside of it (along with the Android Mode and Apple Mode). The Mouse Mode worked flawlessly on this device and really makes navigation a snap. We have completely done away with using the remote that was packaged with the unit, because this controller can do everything we need from application navigation to playing games.

When I acquired this controller, I did so simply with the goal of being able to play some games on the TV Android device from my sofa without worrying that it was going to trip people up with a cable running across the floor. What I did not expect was how easily it would sync up with my other devices, how comfortable the controller itself would be nor that it would have such a cool feature as the mouse controls. Until now all of my PC controllers have been of the wired variety, but GameSir has convinced me to consider my wireless options on the PC front as well, making this an easy controller to recommend. 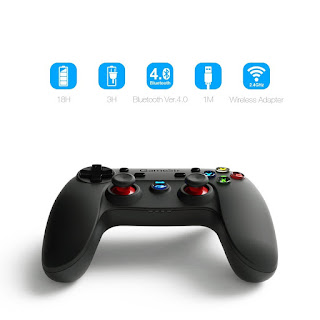 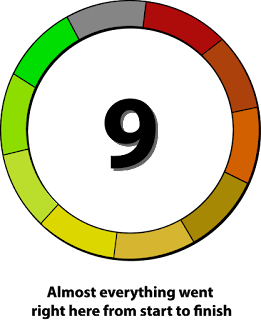