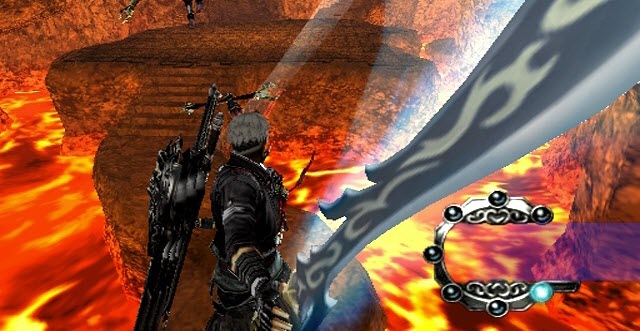 My “Swords of Destiny” review will be a short one. I played the first stages but once I reached an annoying place with lava pools, endless, flying enemies who fired projectiles from anywhere and an unbreakable statue that created an impenetrable barrier I was too frustrated to go on (coincidentally, one of the photos I found on the internet shows exactly this spot).

In addition, there were many other things I didn’t like. First, the dash move. You press the “triangle” button and your character suddenly moves next to an enemy, even if it is in mid-air. Is he flying? Teleporting? What happened to just …running? Dashing makes the action too automatic and the character’s movement unrealistic. Second, the story and translation are bad. I didn’t expect Lord of the Rings but they could at least try to make me care about the hero and why he fights. As for the translation, it is horrible, almost a joke. 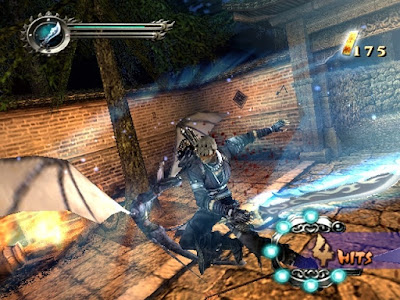 The voice acting is horrendous, perhaps worse than Rygar. Fourth, the timing mechanic is needless and difficult to understand. There are times when some enemies become vulnerable for an attack and the target around them becomes purple but I didn’t figure this out (and I didn’t care to, either). Fifth, the spells you cast by using collectable scrolls are pathetic (I often missed my target and even when I hit it nothing serious happened). Sixth, unless you keep the auto-aim button pressed most of your attacks won’t strike the monster in front of you but the air next to it. So, you must use two buttons simultaneously. Moreover, the camera moves wildly and fails to follow the hero smoothly, making it hard to enjoy the action.

The game has some merits though. The graphics change in every stage and I liked the colors. The bosses are big and impressive, including a huge gladiator and a dragon. The animation is fast and visually pleasant. The cut-scenes are great, especially the female demon looks fantastic. There are platform elements and simple puzzles (e.g. activate orbs to open a barrier), preventing the action from getting too repetitive, and you can upgrade your warrior by collecting new swords, which come with super powers connected to mythical beasts that supposedly reside in them (I didn’t understand how you recharge these powers though). 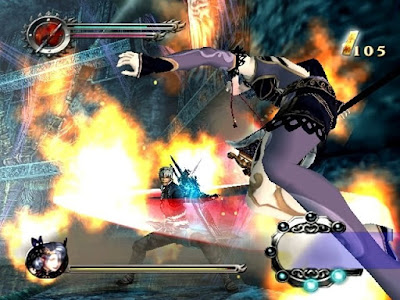 Swords of Destiny could be appreciated by fans of the genre if they have patience and don’t expect an innovative experience. Personally, I was annoyed by the problems I mentioned earlier and by the fact that it lacks an identity: it is too much like Devil May Cry or Castlevania-Curse of Darkness. A cool hero with white hair and a big sword fighting respawning demons in a fantasy setting with castle corridors and chambers. Been there, done that. Even some sound effects are similar to those in DMC. If the game let me play with the villain instead, I would certainly be more interested in it! 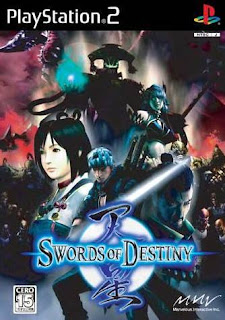