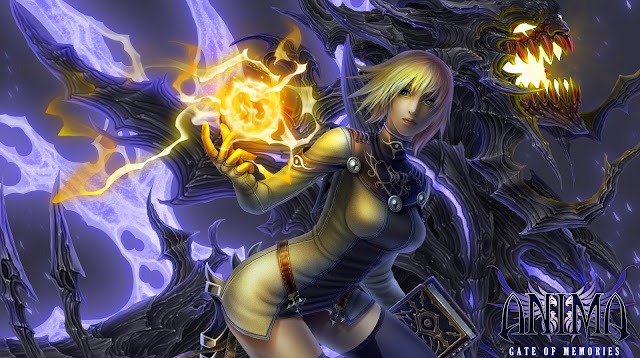 Anima: Gate of Memories is an Action Adventure RPG that takes a few ideas that have been seen before and packages them quite nicely together. Taking on the role of a woman known as nothing more than The Bearer of Calamities, join her and her “partner” Ergo Mundus as they explore to solve the mysteries of a tower in order to stop what are known as The Messengers before it’s too late.

I’ll preface Anima with a comparison that will pretty much set the tone for the rest. As good and as fun as Nights of Azure was, it was still felt like it lacked certain aspects in order to really feel like something out of the vein of the PS2 era Castlevanias in which I was looking for when I picked it up. With The Bearer and Ergo essentially being a duo like Nier and Weiss in Nier, replace the gruff old man and the sarcastic book for a colder woman and what could only be described as Dante from Devil May Cry in leather-bound format. Anima felt like an awesome blend of some of Nier’s gameplay concepts and Castlevania’s exploration elements.

Designed as an Action Adventure, there will still be a lot of Puzzle solving in order to get from one location to the next. Sometimes puzzles are nothing more than a simple switch that needs to be toggled down a hallway but other times things are much more interesting with Paintings on the wall asking a question with a cryptex to be solved underneath. Answers for these rotating letter wheels are always within easy enough access as long as you’re willing to read or listen to information that can be picked up while exploring the various reaches of this tower that clearly breaks from the norm of the space time continuum with haunted mannequin mansions and wide open meadows. 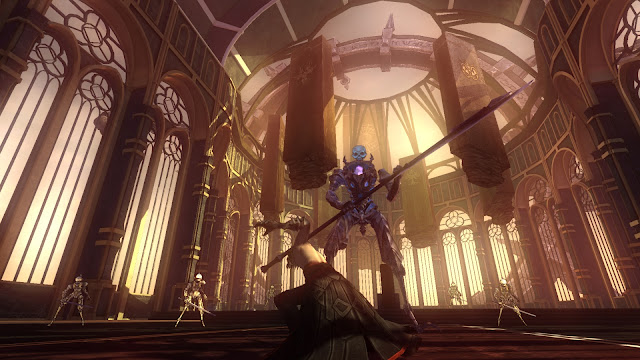 While it could be said that there always needs to be a careful balance between standard gameplay and combat this becomes especially true when gameplay revolves around the exploration of the same local many times over in order to find the path forward. Able to switch at will between both The Bearer and Ergo, who when used in combat is in a half human form with demonic arms making me think for some reason of Dracula, there’s a bit of work from the player’s end that is needed in order to properly grasp the smaller details in which make everything click.

Anima’s combat is more than simply performing physical combos or throwing torrents of magic at your foes. Both of these actions have bars or gauges that sit under the current character’s health. While both Magic and Ki gauges are shared between both characters Health is not making it possible to switch up at the right moments in order to prevent a game over. Having both attack types shared does make it easier in order to pull cross character combos together though it can also be dangerous as the gauges can empty fast enough if you’re not careful.

On a whole combat is fun and keeps things interesting instead of only throwing more of the same as time goes on. I found it especially refreshing to have enemies come in a variety of shapes and forms from marionettes, robots, and elemental forms that could only be affected by one character or the other. Some enemies could light themselves on fire for example and without the use of magic physical attacks would be nothing more than harmful to the character in use. 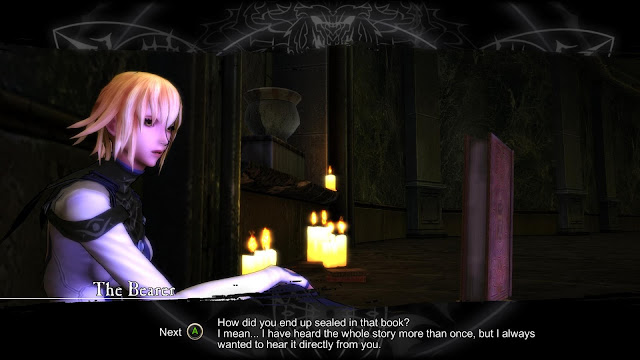 More than the enemies and the forms that they take is how they can be dealt with. With physical and magical abilities at either character’s disposal dodging out of the way of enemy attacks is not the only defensive measure that is available. Certain abilities such as the basic magical attack can also be used for defense if cast at an enemy that is currently launching a spell in your direction. The clash of these two spells will diffuse each other granting the time to close the distance for a close combat finish. Having more than a single method in order to deal with enemies kept things interesting because there will be a lot of enemy respawning while looking for the ways forward.

Being an RPG nowadays means more than simply “role playing” but is generally viewed as grinding out enemies and bosses for experience in order to level up. Grinding is going to be necessary and it isn’t always that easy depending upon the location at first until better items are found or level ups themselves are acquired. Leveling up does not grant boosts to attack and defense but instead provides two skills points in order to be used on a skill tree that each character has available. Both trees branch out for both physical and magic abilities with certain ones capable of leveling the ability further depending upon the actual character level. It wouldn’t do to be too powerful too fast now would it?

Attack and Defense are instead handled by each character being able to equip two weapons and two defense artifacts that can either be picked up in the field of bought from a vendor at the base, or core, of the Tower. Alongside experience in order to level up which counts for both characters simultaneously, currency is acquired at the same time in order to pay for the goods that the vendor offers. Healing items, weapons, defensive gear, and keys for a certain location are all up for sale if you’ve got the right amount of cash. 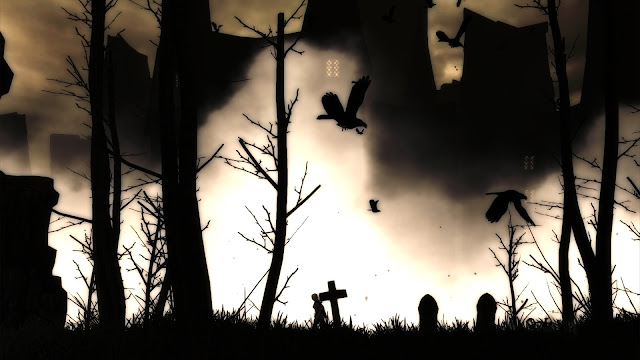 While each of these elements work well on their own it’s how well they work together that had me hooked for hours at a time and game over after game over while I tried to figure things out. I generally lost the first attempt at any boss major or not. As stable as the combat is, and as well as you figure out how to use both Bearer’s and Ergo’s abilities, putting them into practice can be a different story altogether. It can take some time. There are a lot of controls in order to get a hand on such as switching in combat, magic, melee, and the stances that abilities are set into. Once the grasp has been acquired through everything just flows and the next thing you know it’s the next major boss known as Messenger that lies in front of our pair.

There are a few of small issues that Anima has but nothing that is game breaking. A few framerate issues here and there could disrupt the flow occurred but they were so far and few between that sometimes I had to wonder if it was just the Xbox that needed a reboot. Aside from that the voice acting that is really good as time goes on felt a bit off in the beginning in which the quality may not have been the best feeling a bit forced where you could hear that bit of silence from the microphone used for recording between lines. After the introduction sequence however this disappears and everything sounds great especially when The Bearer tells Ergo to shut the hell up. This is generally after some smart-assed remark prefaced by calling The Bearer “Babe”. He knows how the ruin the moment.

Anima: Gate of Memories is a great Action Adventure RPG especially for those that loved that older style that hasn’t been seen much in the recent years. With environments to puzzle through, loads of combat to keep one occupied and grind experience on, there’s no shortage of things to do on The Bearer and Ergo’s exploration of the Tower in order to challenge The Messengers that have come to bring about the end. 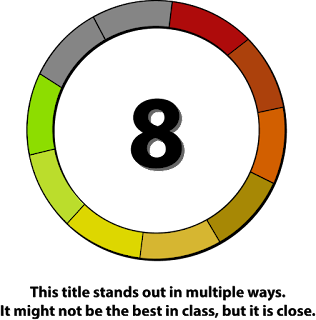