The Technomancer - Xbox One Review 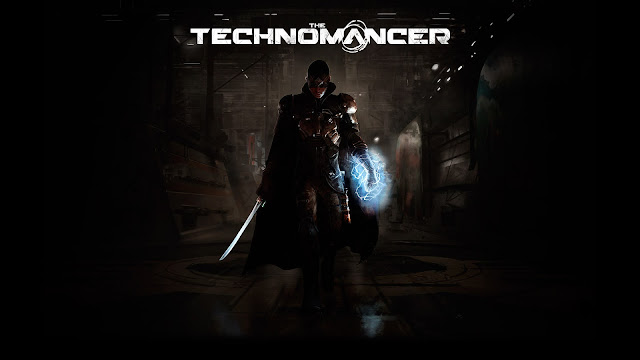 The Technomancer is one of those rare titles that gamers really need to experience themselves; it can fit equally into various camps, like "great," or "horrible" or "it's the video game equivalent of a spaceholder." Set on Mars in the distant future, step into the shoes of a Technomancer, a unique soldier that is able to blend warrior-like skills with roguish guile and electricity-infused magic. The dystopian system on Mars is rife with corruption, mutants, and tiny piles of scrap metal that are just waiting to be looted. Technomancer is not a good game, but it is not a bad game either. In fact, the best way to define it would be to liken it to a B-rated film; something so normal and generic that it is painful, but in all the right ways. One thing is for sure though and that is that Technomancer has a distinct "Total Recall" feel (the original Schwarzenegger film, or the Philip K. Dick story, "We Can Remember It For You Wholesale"), and that is never a bad thing.

I will not sugar coat it, Technomancer feels exactly like Bound by Flame but with a dystopian sci-fi setting rather than a high fantasy setting. In fact, I am fairly certain that Technomancer IS Bound by Flame, just in a new pair of jeans and a fancy hairdo (which may be fitting since they reported take place in the same universe). Mind you that is not necessarily a bad thing, just a bit disappointing if you had played Bound by Flame and were excited for the dirty Martian action-RPG. Like Bound by Flame, your main character (in this case, Zachariah) has three primary stances; Combat, which is essentially a sword-and-board warrior that substitutes the sword for a clunky mace, Thief which, eschews power for speed, a dagger, and a pistol, and the Technomancy stance, which is essentially a magician, complete with staff and lightning enchantments. The combat is relatively unintuitive; switch to your preferred stance and slog away. Combat is broken up slightly by going into a slow-mo mode that is essentially set for timing counters/dodges, but beyond that it is simply a matter of pressing the appropriate attack, dodge, or interrupt button at the right time; pretty standard fare. 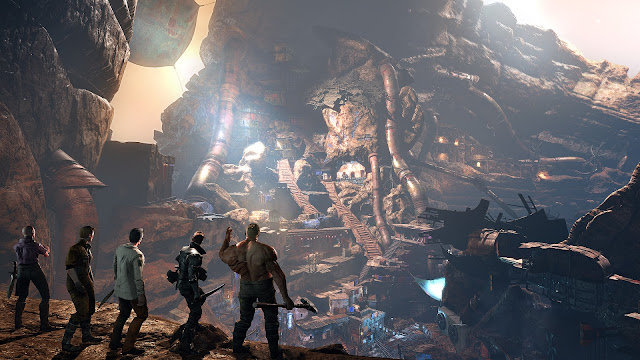 Combat is simply not fulfilling; a bit more challenge here, a bit more direction there, and things could shape up to be a bit better, however, the animations for combat are horrendous. Wooden, fake feelings, and good heavens, the stance animations are atrocious. Standing at the ready in the thief stance looks painful and awkward, as one side of Zachariah's body looks straight as a board and highly unnatural. Locking on in combat is crucial, as camera angles can be detrimental at times, yet actually targeting an enemy to lock on is a feat of Herculean proportions. More often than not, melee turned into a bout of smashing buttons in no particular order/direction hoping that you hit something while your NPC follower holds aggro.

Speaking of NPC's, Spiders and Focus Home have done a right swell job on some of them (though they are no Garrus or Tali, Alistair or Lelianna of Bioware fame) and really tend to be one of the better aspects of Technomancer. Based on your relationship with the follower you can gain bonuses that can help you in your travels. Given my playstyle I am definitely drawn to Amelia, as she is a guardian (i.e. tank) and adding to her tank-like function, her passive relationship bonus is a plus to creation (crafting, which is huge in Technomancer, as that is where the majority of your gear and power comes from). Romance options are limited and are not really compelling, but for the completionists out there the option is there. 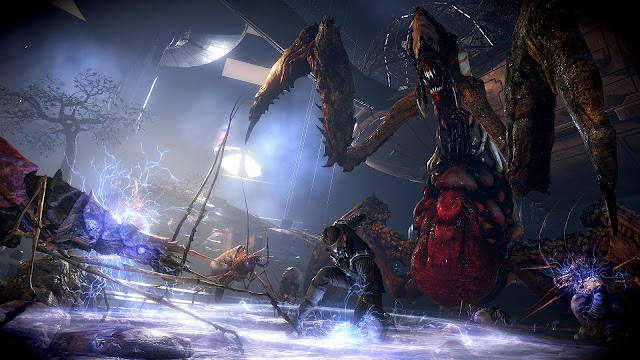 Crafting ... good ol' staple of modern RPGs. Technomancer has a fairly exhaustive crafting feature, though at times I did feel that it was a bit of a slog. Admittedly I feel that way with EVERY game I play that has crafting in it (take World of Warcraft, Skyrim, or Division as examples; I rarely crafted in any of those games). You will want to go through and grab as many resources, break down as many items, or hunt for various junk piles (i.e. resource nodes) as you will be going through a TON of leather, metal, or exotic items just to get a little more out of your gear. While there are plenty of different items to craft, I do wish that weapons or gear were a bit more customizable outside of the category 1, 2 or 3 (DPS, Crit, Hit% etc.) and really ... I wish the weapons looked better.

I never really felt rewarded for a crafting or finding a new wicked great staff because it was an ugly metal pole that looked rusty. Just like the staff you start out with. On the subject of the way things look in Technomancer, the one thing I loved above all else was the environment art / aesthetic. Technomancer is set on the dusty red wasteland of Mars and it works. The environment aesthetic is so spot on with "Total Recall" that I actually felt like I was running around Rubble City while Douglas Quaid/Hauser was off doing his thing with that guy that had the baby protruding from his tummy tried manipulating all of the everything. Needless to say, the world that Spiders has built in Technomancer is most certainly its shining achievement. 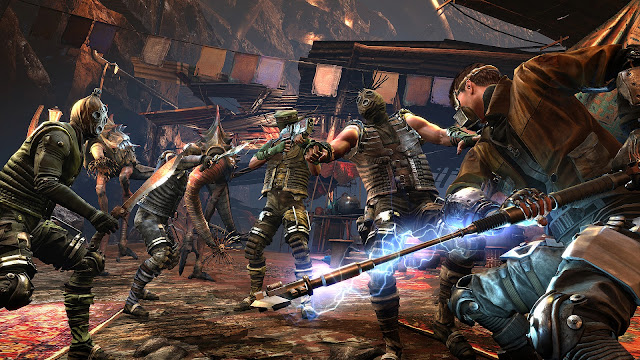 The Technomancer is the equivalent of a cheesy 90's sci-fi action flick mashup; think Steven Seagal's Under Siege meets Jesse Ventura's Abraxas: Guardian of the Universe all set in the dusty red planet of yesteryear's classics like Total Recall or Dune. For as grand as that sounds, fans of past Spiders titles may be a bit disappointed in the lack of varied gameplay between titles. Others that are new to the universe may be a bit let down by the lack of depth, yet carried along by a decent supporting cast, an interesting and fun if trope-y story, and stellar world-building. While Technomancer may not be deep, overly fulfilling, or entirely sophisticated, it does contain an abundance of charm. Charm not unlike your favorite campy films of years gone by. 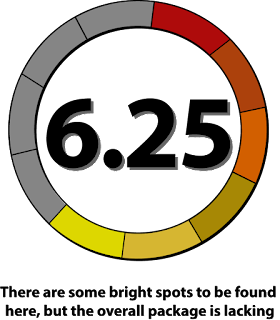