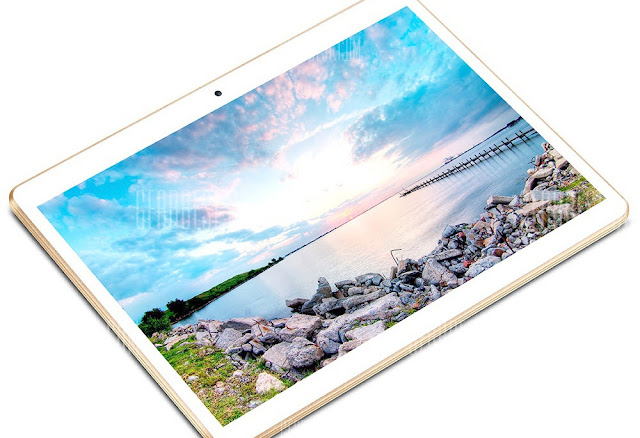 The Teclast P98 3G Phablet proves to be a solid device in that it can do quite a few different things and offer a nice screen with decent size. It is more tablet than phone, though it does have call capability. In truth though, you likely have this item in-hand for a variety of functions in mind - including gaming.

With a device I like, the first thing that I am interested in is versatility. I won't be making any calls on it, as I have little interest in holding a nearly 10 inch screen up to my ear. However, it does support 3G capability - but speaking of the aforementioned screen I was impressed at how sharp it looked.  While it will not sink the prettiest of Apple iPad displays, I was able to use it in a well-lit room without any visibility issue  and I also found the colors vibrant enough to enjoy even in a dark room as well. If you are curious the resolution displays at 1280 x 800. It can be used in portrait or landscape mode as you would expect, as it is running Android 5.1 pre-installed on it.

The primary gateway app is the Google Play Store. Odd are you have used that program and are familiar with it, so no need to linger on that topic except to say it was easy to sync it up to my account and start grabbing a wide variety of apps. I wanted to test everything from email to streaming video and even some gaming - both classic and newer. 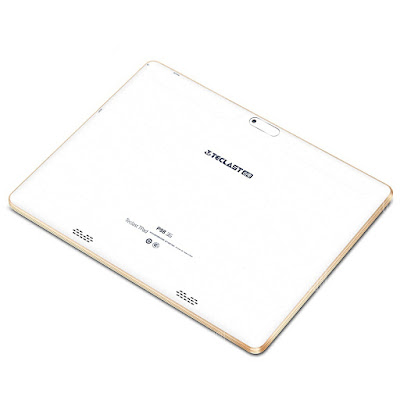 As is often the case with this kind of device, the backside camera is the one that works better. It supports 2.0 megapixel video and images, while the front camera only runs at 0.3 megapixels. Staying on the technology of the hardware for a bit, I could definitely appreciate that it supports Bluetooth 4.0, which I tested with a variety of devices. I tried it with a handful of different Bluetooth speakers, and pairing the devices went off without a hitch. I also tested it with a few controllers, including yesterday's reviewed GameSir device. Seeing as that controller was designed with Android devices in mind, I wanted to put it through its paces with a few games and everything went off without a hitch.

Aside from testing with speakers, I also tried some headphones - both Bluetooth and a wired 3.5mm connection. Again, no issues with good sound quality. In doing these tests, I ran the Teclast P98 3G Phablet through a lot of different media. The most common image formats out there displayed just fine (JPG, PNG, BMP) as did the two most popular video formats (AVI and MP4) as well as music in MP3, WMA and AAC format. The one file format I could not get to display were some MOV files I had sitting around, but all things considered it handled the other formats swimmingly. It helps that the device come with sixteen gigs of storage space. Not quite as big as the 32GB I have on my iPad, but still more than enough to store what I need. You can also expand the unit up to 32 more gigs using a TF card if you are so inclined.


The touch screen was not the most responsive I have ever worked with, but it is good enough to detect most touches, taps and swipes without any delays. This tablet is very thin and quite light - I don't think it quite weighs one pound even. Not bad considering it holds a charge for a few hours of heavy, constant use. Charging is done with a USB cable that is provided.

In terms of pure processing power, the Teclast P98 3G Phablet runs off of a 1.3GHz Quad Core. It's certainly more than enough to handle things like streaming video without much heavy lifting, and most mobile games work pretty well. The latest and greatest if they are resource heavy can certainly slow down the unit. If you are looking for something that will strictly be used for hardcore gaming, you will want a higher end unit. That being said, if you are interested in more casual titles, then you should have nothing to fear here. That being said, the basic hardware is older - this device in its original form probably released about two years ago. At the time it was likely ahead of the curve but now it is lagging a bit behind. This helps to make the price point more attractive, but it is not going to hold its own with pricier, more powerful tablets - you will be getting what you pay for so it really boils down to your personal needs. If powerful gaming is one, this is not going to be the device for you.

The Teclast P98 3G Phablet (available from: http://www.gearbest.com/tablet-pcs/pp_366140.html?utm_source=GB&utm_medium=WANGYING)provides plenty of versatility in a lightweight, attractive package. There are faster gaming tablets out there that can push in the 1.75 to 2.0 GHz range - and this isn't one of them. The display is nice, but you won't confuse it with the retina display of an iPad. Those caveats aside, this unit is lightweight device at a reasonable price that can play nicely with a wide range of file formats and peripherals. 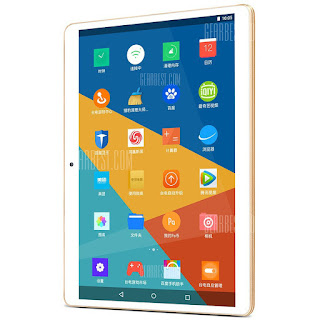 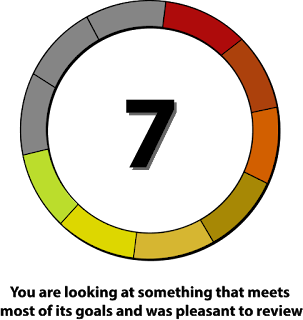