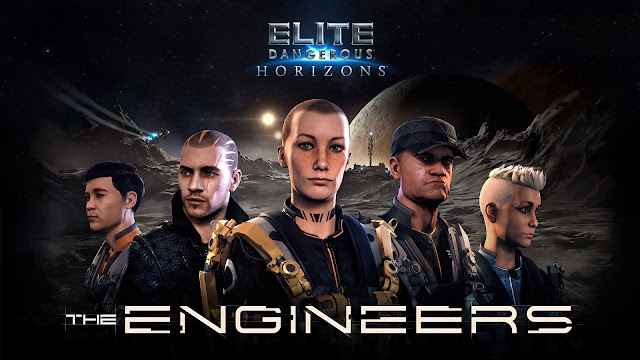 I fell in love with Elite Dangerous the moment I got my hands on a preview build back in December of 2014 and the trend continued on from our PC review to our Xbox One review. Over the course of the span of the last 18 months Frontier Developments have taken a massive game and did the impossible ... they made it bigger, better, and best of all, easier to approach. In a masterful stroke, you can now take your warships, freighters, or luxobarges and seamlessly transition from the inky black of space to the dusty surfaces of charted planets. The overhauling of the loot system, the addition of the Engineers, which unlock new ship customizations, new ships, and planetary landings continue to push Elite: Dangerous into the realm of super-simulator. Horizons is the best yet, and dangerously nears the perfect ten mark.

Elite: Dangerous has come a long way since it was originally released on the Xbox One; small graphical tweaks here and there, improved performance, better control, planetary landings, ship customization, you name it and it has pretty much been tweaked or overhauled, for better or worse. My primary argument with Elite: Dangerous stands in at the fact that I do not have a HOTAS for the Xbox One. A minor issue, sure, and one that Frontier can do nothing about, but I can still long for the hours at my desk with my HOTAS Warthog. The Xbox One controls are great and the SCUF Infinity1 controller's paddles make things about a thousand times easier, but man ... the controller is just not as natural-feeling as a joystick. Perhaps Frontier should push peripheral manufacturers like Saitek for an Xbox One-compatible HOTAS built for Elite? I know for a fact that I would spend a pretty mint on it. Many others would too, I am sure of it. 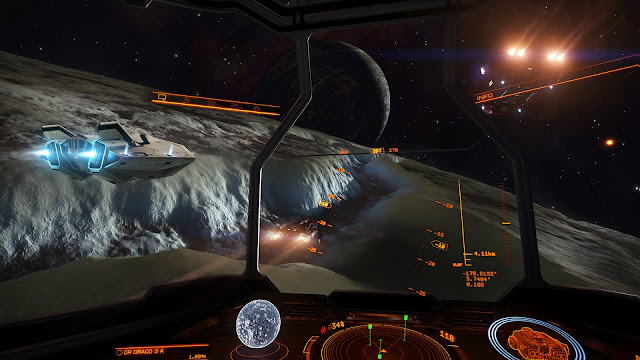 Musing about things that will likely not happen aside, the Horizons expansion adds a number of neat gameplay mechanics, largely the planetary landings and the Engineers. Planetary Landings are exactly as they sound ... you can land on planets! Outside of needing to deliver goods/slaves/contraband to various settlements, or to check out the local markets, there is not much to do. Admittedly delivery of goods or working the local markets is a massive part of Elite: Dangerous, so it seems appropriate. It is quite fun to enter orbit (with the planetary landing module, which is required), then (after purchase of a planetary vehicle module) you can head out to the planet's surface. It breaks up the monotony of space and gives you a bit of a welcome break after a little bit of work.

New features surrounding the planetary landings expansion also include orbital cruise which is pretty neat; to me it feels a lot like a little mini game. As you near a planet you can land on (not all planets can be) your HUD will alter and an altimeter, attitude ladder (shows your pitch angle), an a heading/rate of decent indicator will appear. The altimeter will have little indicators for dropping out of orbital cruise and into the planet. If you do it right, you can whip into orbital cruise and then hit orbital glide at a blisteringly fast speed; it is tricky but if you nail it, it is quite satisfying. Landing on the surface is a breeze and is identical to landing in a station, it is just a matter of finding a suitable location and deploying your landing gear then setting down into the disc. If you have the the planetary vehicle module then you can enter your surface recon vehicle, or SRV, and head out to see what the planet has in store for you. 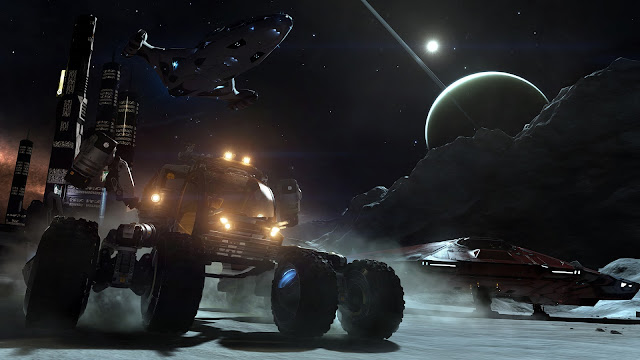 The second portion of Horizons adds a neat new feature called The Engineers which is essentially a new level of ship customization, reachable after discovering an Engineer on a planet then paying the right price. The Engineers have been a bit ... unstable as of late; Frontier has been hard at work rebalancing and tweaking this season's expansion. The fun part is that after you essentially buy your way into the Engineer base (using the appropriate commodity, check this guide out for tips) you can delve into a fairly robust crafting system. See, the Engineers enable you to customize/upgrade various modules on your ship using different resources. Each Engineer has a specialty and once you satisfy their requirements, you can upgrade their specific module. It is a fantastic way to help define your ship and your play style, meaning you have more of a personal touch with your ship; no more cookie cutter builds.

All in all this season of Horizons is shaping up to be incredibly exciting. With the Engineers update well under way it is only a matter of time before we get ship-launched fighters, commander customization, and multicrew ships. With Elite: Dangerous Horizons, Frontier is doing everything right, and little wrong. More variety in ships, added customization, tweaked missions, planetary landings, you name it ... Elite has grown, and in all the right ways. 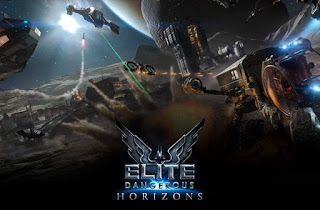 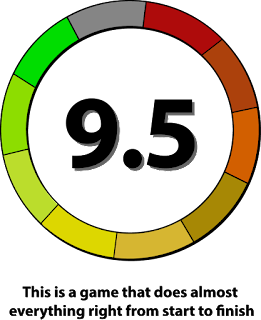