Between Me and the Night - PC Preview 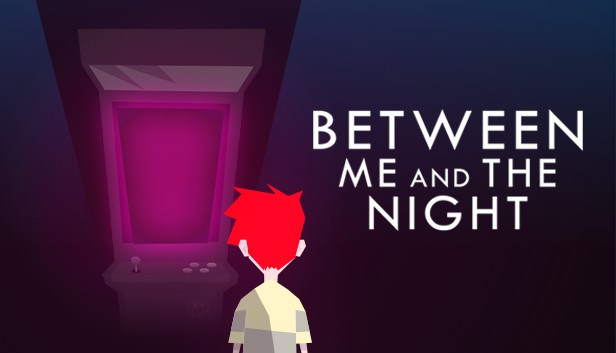 While the idea of sanity is hardly a new one in video games, it can still make for one of the most interesting topics you might encounter. You take on the role of a boy who is in a strange house filled with puzzles but also some pretty heavy themes that are worth exploring.

You take on the role of a young boy who loves video games (something most of us reading a site like this can likely relate to). He uses them as an escape from life. However, like many people who have a passion rooted in fiction, the boy finds it incredibly immersive. However, in his mind, these imaginings start to twist up and meld with reality, forcing changes in every day people and places into something far darker and more sinister than they really are. 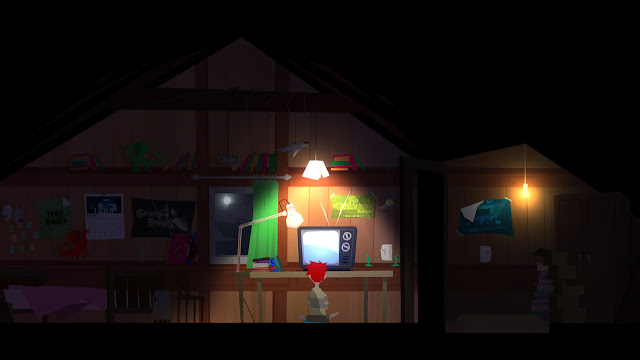 All of this is aided by a nice day and night time of day cycle. There are some nice effects along the way, and the three primary locations to explore are notably different from one another. None are what I would consider huge, but there is enough variety in the puzzles to keep you exploring for a while. I also would not consider this a terribly difficult game. The controls are taught early on when you begin, and there really were no surprises in how the game functions. This is nice, as it makes Between Me and the Night quick to pick up and learn.

The puzzles so far are your typical adventure fare where you have to figure out how to interact with the environment, often based on items you are carrying about. To me, the gameplay is easy enough to pick up and immediately familiar, so it does not break as much new ground as the narrative tries to. There is a layer of depression visible in the boy's world, and he uses the video games he loves so much to help him escape from it.

The sound effects are fairly minimal, and the music was something that I was aware of, without actually really remembering after I was done playing. Now the visual style is actually really interesting. With as much darkness as the game uses, it's surprising just how much the colors really pop in some of the scenes. It has a charming visual style that I really enjoyed. 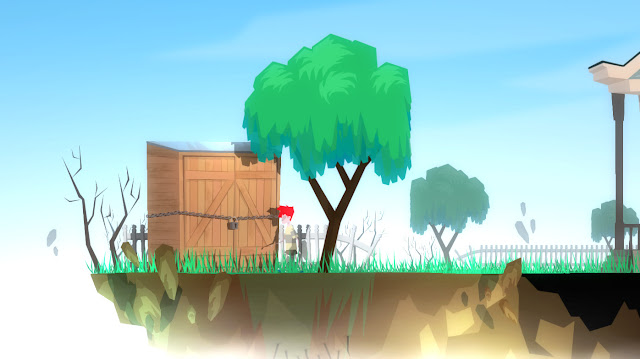 Of course, being an Early Access game, there are some things to keep in mind. Now there is a complete game (due to a recent update) that you can play through to completion. It is by no means a terribly long game, but it is satisfying to pull out pieces of additional story through objects located throughout the game. Having read through some of the prior comments on the game, it sounded as though there were some early inventory bugs as well, but I did not encounter any on my playthrough. It appears that the developers are taking feedback seriously, based on some of the improvements found here.

Between Me and the Night tries to tackle some interesting and sometimes difficult issues, and is largely successful in doing so. There are some hiccups to be sorted out still (I had a couple of audio issues at one point), and it is not the longest of games, but with a little more polish, I suspect that Between Me and the Night will be worth investing more time into when it fully releases.