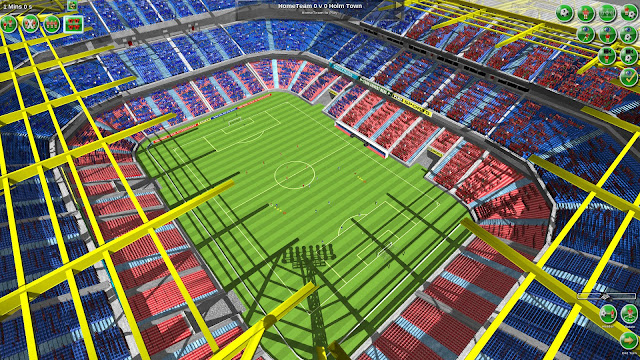 With elements of simulation as your players develop to turn-based strategy on the field, Tactical Soccer The New Season is not going to appeal to everyone. This is not for those players who want to spend their time testing their quick reflexes out against other players. The pace is slower and more deliberate, but the experience is a solid one.

Soccer as a strategy title actually works quite well. There is more freedom of movement in the field, less man-against-man assignments than sports like the NBA or NFL. With the eleven players on the field, you can control their flow of movement, and try to guide them to the right spot in anticipation of what kind of move you want to make. This is not just a simulation title where you assign a strategy and watch the players move about in accordance to your plans. 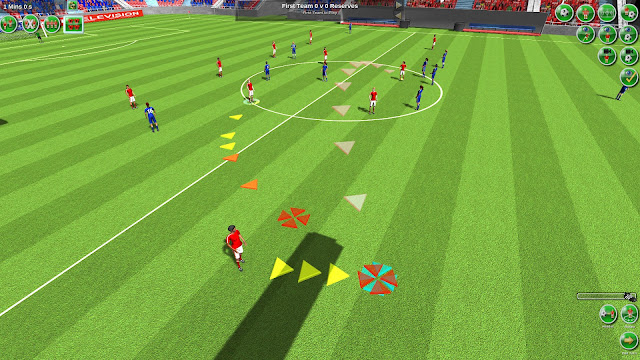 The simulation games that handle the actual movement for you do tend to be better balanced. There is a learning curve to be had here. Early on, it is difficult to resist the urge to make most/all of your players crowd the ball. But you learn that spacing is needed. You need to start to read your opponent and anticipate how things will turn out, because bunching your characters together can frequently lead to them being out position, and a single opponent leaking away from the mass of bodies to accept a pass can be a dangerous thing for your goalie.

In terms of the presentation, the visuals are really quite simple. There are far prettier soccer games out there, but the 3D board allows you to move the camera around and line things up from a variety of angles. That really helps you to set the stage, and while it works for defense, the game is at its most entertaining on offense when you are trying to create a break away for a quality shot on goal.

Since players have a variety of different traits, from tackling to speed, passing ability and more, you need to learn how to leverage those traits on the field. Off of the field, you can slowly shape your players into the kinds of athletes who fit your style of play. Also included as part of the off of the field package are the different modes, such as exhibition, Knockout cups or league championship mode. 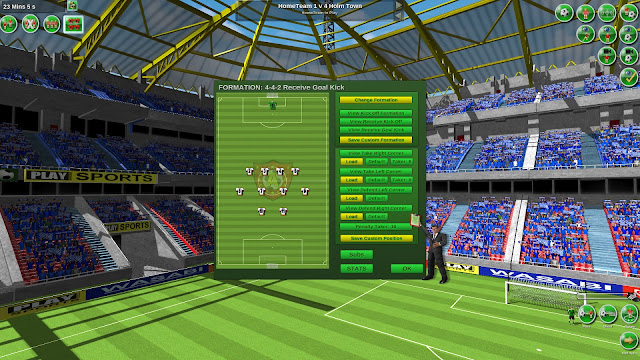 Admittedly, more modes and more things to do off of the field would have been nice. In terms of the simulation elements in the game, there are heavier weight competitors out there - though they usually cost three or four times as much as well. So if you are looking for a bargain sports game, you can do a lot worse than this one. The presentation and some of the options are more limited as a result, but the tactical element really allows the game to be something different than most of its brethren.

Because these matches can be quite long, I can appreciate the mid game save. That is a big quality of life feature. The aforementioned visuals and animations are pretty basic. They get the job done, it's easy enough to tell teams apart, but the character models are quite simple. Usually graphics are not the most important part to a strategy game, and at the end of the day - that is how I think of this title. It is more a strategy game than a sports one.

Instead of relying on lightning quick reflexes like many sports games where you are actually playing the characters manually, Tactical Soccer The New Season tries to set a slower pace. You have more on field control of your team than many of the simulation titles out there as well. I actually enjoyed that, and though there was a definite learning curve, I liked the fact that my actions had a more direct impact on the endgame. Titles like Football Manager 2016 certainly offer more depth, especially off of the field - but at quite a higher cost and without the direct control over your players. Tactical Soccer The New Season is fun more often than not, and unique. It is not as polished as it could be, but the core game design should appeal to strategy fans.