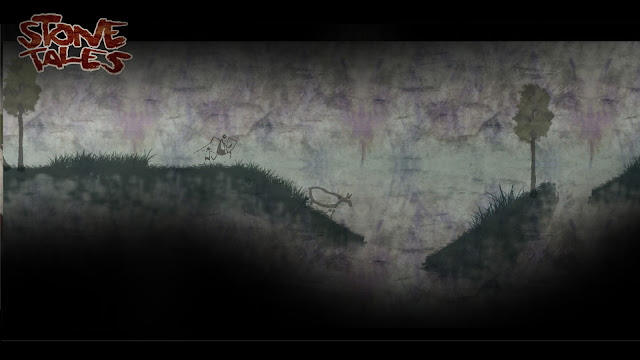 Stone Tales is one of those titles that shows how an indie developer or team can do some really cool things because they have the freedom to experiment. However, at the end of the day, this is one of those titles that comes up lacking due to a handful of issues that are impossible to completely ignore. The end result is a game that I found myself feeling decidedly neutral about when it concluded.

Yellow Worm Studios says that Stone Tales is based on actual cave paintings, and while I have little to no knowledge of that topic, I do find the idea to be a fascinating one. The minimalist art style works well here. There are a lot of browns, blacks and grays at work here, but the game actually is quite charming to look at. Still images do not do justice to the way the characters 'come to life' when moving. This coupled with a strong musical score creates a nice presentation.

The story follows the brothers Uga and Buga. Uga is the aggressive one who has a spear that can be used to attack, while Buga is basically the meat shield of the two, using his shield in a defensive manner. The way you are tasked with controlling both characters at the same time using the keyboard is interesting, and actually quite challenging at first. My brain wrestled with the concept a bit initially, though it became easier with practice. This mechanic, combined with the distinctive visual style are big factors in favor of Stone Tales. 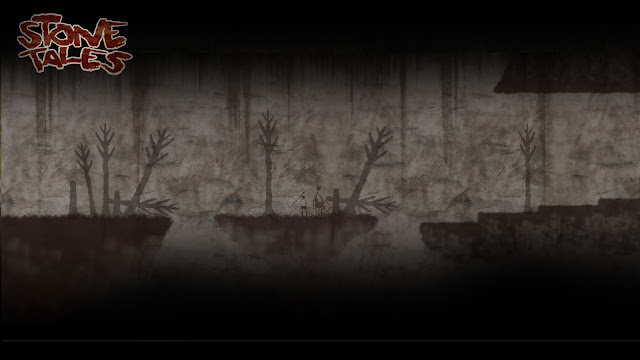 How the mechanic plays out is a little odd. You defend by clicking on the right mouse button and you attack with a spear throw using the spear. Movement relies on keys, as does jumping. Generally speaking, if you defend with the shield and look for a quick spear opening, you will be able to beat most of the enemies encountered. The enemies themselves look quite nice, lending themselves to the stone painting aesthetic. Again, it looks so much better when it is moving than in just the still shots. Stone Tales is not a technical marvel by any means, but the developers had a strong sense of how they wanted the game to look and I think they succeeded nicely on that front.

However, there are some rough edges here that I really need to bring up. For one, the lack of options when you are playing the game are disconcerting. Additionally, I don't know how a controller would have worked exactly - maybe two analog sticks? - but with platforming action games, I tend to lean towards a controller over a keyboard interface. There is an odd floaty feeling to the combat and movement, and frankly crisp jumping and hit detection are key in a game with this much of a platforming element and Stone Tales is lacking on those fronts. 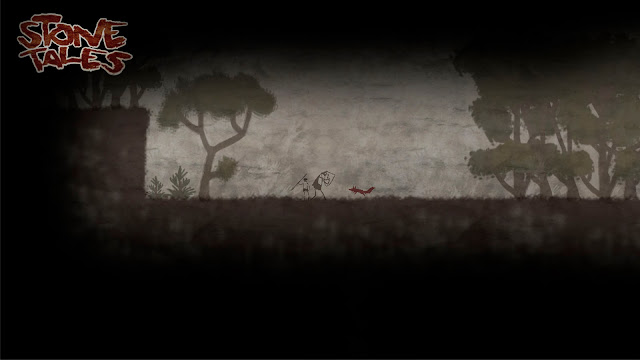 This is not a terribly long game, with six levels to traverse. Enemies themselves seldom feel difficult, yet the imprecise controls made some of those encounters far more frustrating than they should have been. It is an odd mix, but I am more forgiving of a game where I feel as though my own skills let me down. Too often however, I felt like the game was letting my skills down, and that is never really a good feeling in a title like this.

Stone Tales is a mixed bag that offers interesting visual style and a unique control scheme that feels fresh, even if it is a little frustrating to get the hang of right at first. However, some technical shortcomings forced me to pull back from my initial impressions and consider the entire package, which is a relatively short game with some touchy controls. These rough edges do not ruin an otherwise solid game, but it does average out Stone Tales and reveal it for an average game that is fun if sometimes frustrating.