Way of the Hunter Review

on September 01, 2022
Way of the Hunter by developer Nine Rocks Games and publisher THQ Nordic-Sony PlayStation 5 review written by Jim with a copy provided by the publisher. 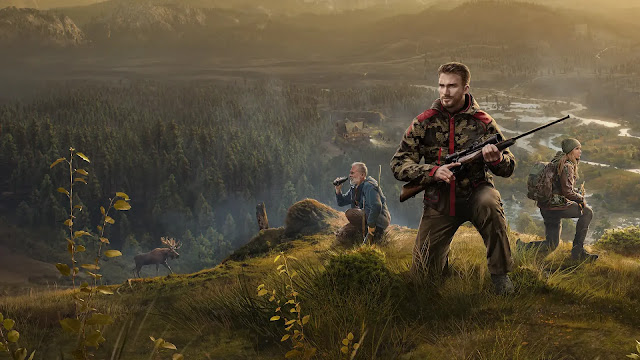 I'm not a hunter and I have never been hunting but for some reason, I have always liked a good hunting video game. I have been playing them since the days of Deer Hunter and Big Game Hunter on the PC so I am always up for a challenge when a new game releases. The question is, is Way of the Hunter one of them?

In Way of the Hunter, you play as River Knox. Set in the Nez Perce Valley in Idaho, you’ll be helping to take care of his Grandfather’s hunting lodge named Bear Den Ranch while they are in the hospital. After the opening cut-scene, you get to control River and the first few missions will teach you about how to play the game. You start with one gun, a scope and binoculars, which are of course not the best items that you can get.

The gun you start with is your grandfather's favorite gun, a rifle best suited to hunt small game. After the game shows you how to get around by driving and walking you can then start to hunt, although, once you get there you are free to do whatever you want. You don't have to follow the story if you don’t want to and pretty much do your own thing. If you do move forward with the story, the first hunt you receive is to take care of some American Badgers which is pretty easy to handle but from there is when the game picks up… or slows down depending on how you look at it.

Once you get a stronger rifle, shortly after the game starts, you can start hunting bigger game like deer. There are a few different kinds of deer like whitetail and mule. Now what will make this game “not for everyone” is that it's a simulation more than anything. You move too fast and it will scare the deer. Get too close and they will run off. If the wind is blowing in their direction and they catch your scent then they run off. I spent more time chasing after deer than shooting. The best way to do things is to use your hunter sense to find tracks, dens, watering holes, scat, or urine. This will tell you if they have been around recently.

Way of the Hunter has two big maps to hunt within the Nez Perce Valley, and then there’s an additional one in Transylvania. Sadly due to a bug in the game that kept deleting my save file after hunting my 50th animal, I was unable to check out Transylvania. The good news is at the time of this writing the developers know the issue and by the time this is published it should hopefully be fixed. The issue is also currently only on PS5 and it will not affect the final score below. 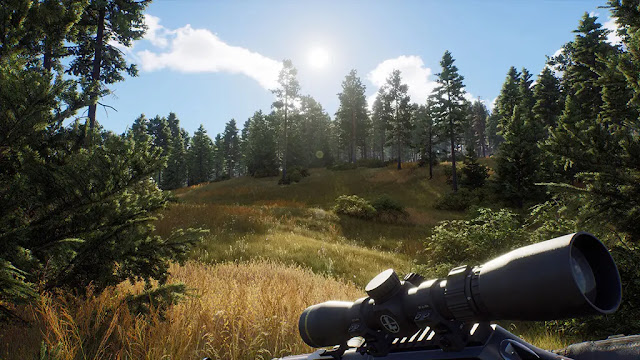 Back to hunting though, as mentioned before the Nez Perce Valley is a big map and it can take some time to get from one place to another. The easiest way is to drive but you will scare away any animals and if you run one over it counts as road kill and you only can sell it for a very low price. Now there are a few things on the map that you can do. You can find stands for hunting, campgrounds that count as fast travel points and where you can sleep to change the time of day. Sometimes you even find side missions, find other lodges where you can take on missions to unlock that lodge that allows you to hunt that part of the valley, and Echo spots. Echo is what River and his two friends named places that when you yell there is a good echo. These are a bit of a side thing you can do in the game.

Way of the Hunter has both a lot of game to hunt and a decent variety to choose from. From small game like badgers and foxes, birds like ducks and geese, and big game like deer, bear, moose, and elk among others, there’s no real shortage of options. Way of the Hunter also has a genetics system to the game that can be hunted which affects how good the animal you hunted is. Unfortunately, I didn't fully get to see this because of the save file issues as there was probably much more of this in later parts that I wasn't able to get to. The gender of the animal will also affect things, such as hunting too many females and there will be less of that animal in the area. Hunting males however will cause more of that animal in the area.

When you claim your kill, Way of the Hunter brings up a bullet cam view showing you everything your bullet hit from vitals to bones. It also gives all the info on where you hit it if it was instant among other things and also shows its score like if you get a buck it will tell you its rack score. After a kill, you will be able to pick to sell the meat or taxidermy it to display in the lodge. There are a lot of spots to show off your most prized hunts.

As you play you will also unlock perks from doing things like walking specific distances, standing, being crouched down, or being prone. Some of these perks are nice but others seem a little… less than helpful. For example, one of these perks makes you faster and be more visible, yet, the perk before that was to make you less visible. So the perk would go from being like 30% less visible to 5% when the new perk unlocked which was not very helpful. 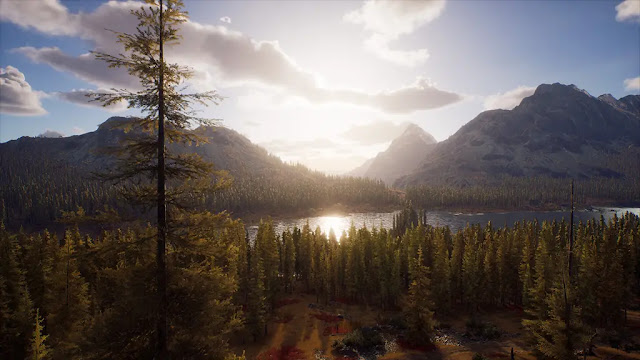 In terms of hunting gear, there are a few things you can get like a new pair of binoculars, better scopes, and some animal calls. You can also buy permissions to hunt in other areas of the map skipping the missions to unlock them for free. By using the computer in the lodge you can buy all these things with the money you make from doing missions or selling the meat of your hunts. The better scopes came in handy but the calls are a little odd.

Some calls have different levels to them to call different genders but with the deer call for example it only lets you call doe until you unlock a perk by using the call to kill 10 animals. This made it hard as I wanted to go after bucks not does. Way of the Hunter also tries to teach its players to be ethical hunters by trying to take out an animal in one shot. If you don't, and trust me you often won't, you should track it to either find it dead or finish it with another shot.

Out of your choices, birds were the easiest to hunt with your hunter sense. You can see when they make sounds and you can get pretty close to them to take them out with a shotgun. The harder big game can take me anywhere from a half hour or hours to finally get one. As I said this is more of a simulation so if you want something more “arcadey”, Way of the Hunter may not be for you. 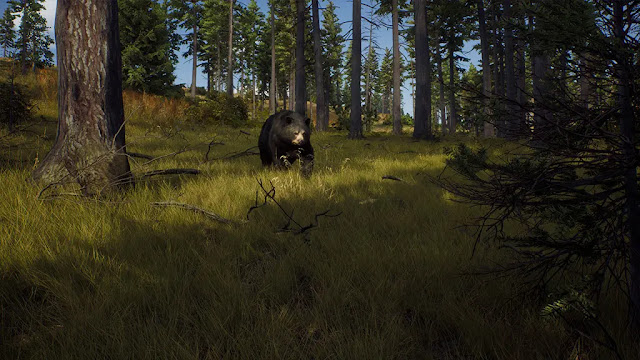 Graphically, Way of the Hunter looks decent and I think Nine Rock Games did a really good job with making the areas visually appealing. The first cut-scene in the game is done with CG, but others, like River's past when he was younger and visiting his grandfather's lodge are done in a comic book version. CG or comic book style, all of these are also fully voiced and was a neat way of doing it as it is supposed to be your grandfather's drawings. I like that the developers gave Way of the Hunter a story as it's not something you see in many outdoors games and from as far as I could get, I liked it.

Audibly, there are sound effects that were so well done making me feel so relaxed listening to them that I even fell asleep from it a few times. The only thing I found strange was there was no sound effect of River walking through water… it just sounded the same as if he was walking on grass.

Finally, one thing that seemed odd to me for a simulation game is that you can hunt at any time of the day. I always thought most animals had to be hunted in the day and night time hunting is illegal. But again, I'm not a hunter so maybe I am wrong. 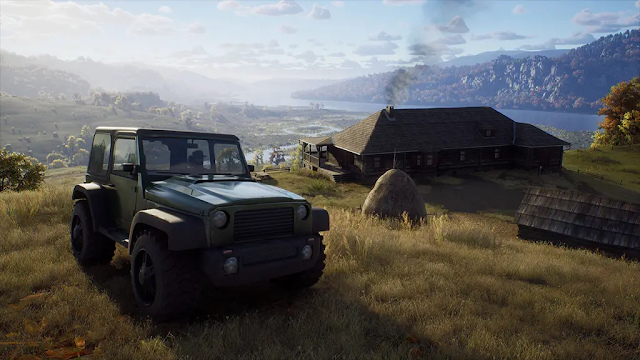 Overall Way of the Hunter isn't perfect. It has some issues other than the save file(s) such as the limited number of guns and equipment which was a little disappointing. It could have also used things like the scent mask sprays or doe urine to lure in bucks. Also, some of the equipment is licensed and others not. You can however bring along two other friends with you by playing online which was good.

With all that in mind, Way of the Hunter is a decent hunting game. While the heavy simulation may not be for everyone, I am sure that with some improvements it could be even better down the line. Let's just hope that it's not all locked behind DLC.