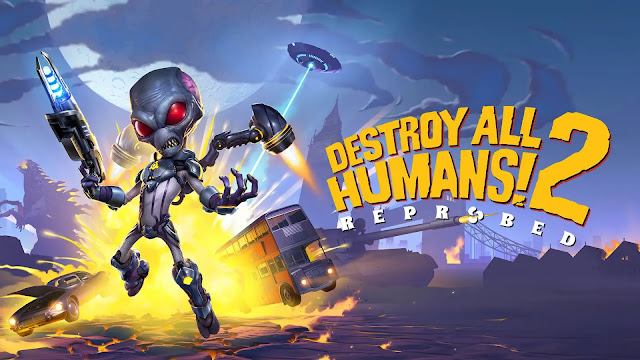 Destroy All Humans! 2 – Reprobed never takes itself seriously, and that plays into its strengths. As far as remasters go, this one is perfectly enjoyable – just expect that it’s more of a fresh coat of paint than any sort of significant remake. The presentation has gotten an update, but the core gameplay is basically the same as it was when the title first released back in 2006.

For those new to this series, the storyline basically involves some zany aliens including our protagonist Crypto. The first game made the US of A the original target, but here Crypto finds himself fending off the KGB, who start the story off by taking out the mothership that had been hovering around Earth. There are a lot of sex jokes, you interact with plenty of hippies and just in general if you can think of a ridiculous scenario? There’s a good chance it shows up here.

Gameplay starts off simple enough, with the ability to shock humans with Crypto’s gun, and blow up things that way. He can jump and run around in what is a fairly wide open world spread out over several different locations. However, the game starts to reveal some gameplay layers pretty quickly through the first zone’s quests as you learn how to bodysnatch someone. This allows you to be a bit more covert in your brand new meat suit. A good way to corral humans is by creating dance parties, flinging people and objects around like ragdolls with your psychokinesis and upgrading other aspects of your ship and gear along the way. 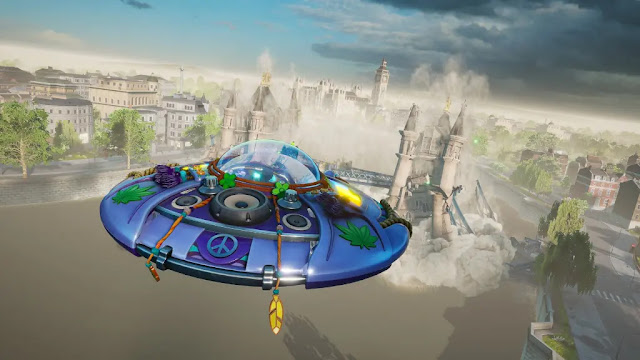 While it’s great that you have such a diverse toolbox at your fingertips, the quest structure itself shows its age a bit. Most quests are either fetch, destroy or escort in nature. So while there are numerous quests out there, they don’t necessarily provide a ton of variety and could grow somewhat repetitive for those who wish to chase down each and every one of them. Some of the quests are just fine, and you can use the aforementioned abilities to get out of most pickles rather easily.

That said, many of the quests in Destroy All Humans! 2 are pretty rigid and have a very specific way of completion. Still, for those who enjoy running around an open world causing a great deal of mischief, there are a lot of opportunities to do so. While taking over some police officer to try and stealthily gather something is one way to go, far more often than not I just went for it via combat. I really didn’t love some of the stealth quests, and there were others where you have to get enemies to take one another out. In theory those should be pretty fun, but in reality these can be a bit awkward and annoying.

Most of the gameplay occurs on foot, but there are times you can jump into your spaceship and zip around the city. Sometimes you have spaceship specific quests, like having to blow up specific towers in a set amount of time. Otherwise, you just fly around collecting humans for their DNA as part of the game’s upgrade system. It’s an okay form of progression, though the last decade has seen some better systems come into play. 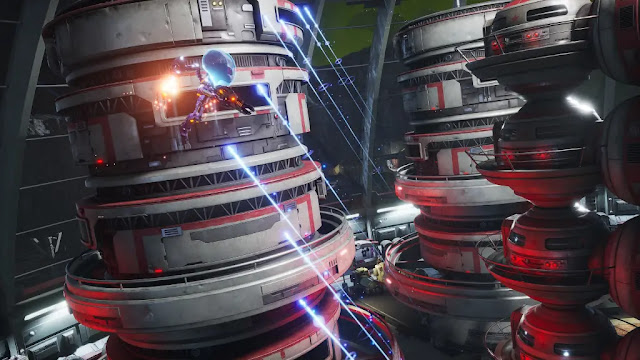 Given that Destroy All Humans! 2 came from nearly two decades ago, some of the jokes do land a bit differently now than they probably did then. I can appreciate that the developers were trying to be irreverent and I laughed more than I should have at times, just know that it feels like something from a slightly earlier time. I will say that most of the voice acting is just fine, and there was something about the short, oversized gun-toting alien and his snarky remarks that kind of reminded me of Rocket from Guardians of the Galaxy, which I am totally okay with (Rocket’s hilarious).

The biggest selling point here, besides a nostalgic trip back to 2006, is the updated presentation. The graphics look really good, and there were UI changes made to help make Destroy All Humans! 2 – Reprobed more approachable. It does nothing for some of the stiffer gameplay sections, but it sure looks nice and handles the copious amounts of carnage you inflect with Crypto along the way. I love the colors, from Crypto’s glowing weaponry to the rainbow splashed walls covered in rainbows and flowers. Sometimes these remasters don’t look significantly better than the originals, but that is not the case here.

Destroy All Humans! 2 – Reprobed is the very definition of dumb fun, but the key there is that it is still fun. It’s received a very significant visual upgrade, there is a lot to do, and I found it funny far more often than not.

That being said, it does show its age through a somewhat rigid quest system that at times doesn’t feel like it makes full use of the toolbox of skills you learn along the way, and there is some stereotyping that occurs that makes the humor sometimes feel somewhat dated. There is plenty to do, but there is a lot of repetition to those tasks so your gameplay mileage may vary.