Werewolf: The Apocalypse Earthblood Available in 2020 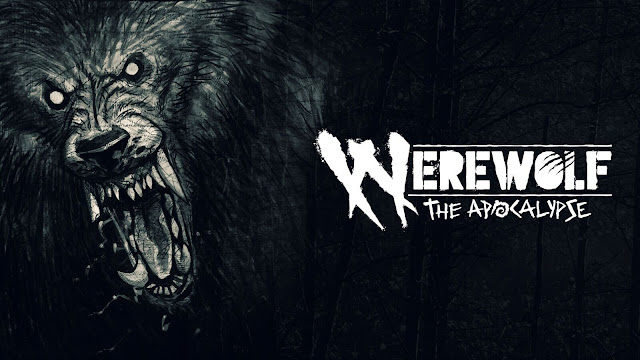 Lesquin, France, October 19, 2019 – Werewolf: The Apocalypse - Earthblood is one of the flagship games of the latest PDXCon. Presented on stage a few hours ago by Patch, Cyanide's Game Director, the fans of the pen-and-paper role-playing game learned a lot more about the game which comes out in Summer 2020.

In a very first trailer revealed in a sneak peek, fans were given a preview of Cahal, a werewolf who has been exiled for several years and who has come back to his endangered tribe. Endron, the oil-producing subsidiary of the multinational Pentex, is installing an extraction site and is destroying the forest around a sanctuary. At times a wolf, at times a human, Cahal can transform into a werewolf when rage consumes him.

Following the presentation of the trailer, Patch gave more details on the principal characteristics of the game. As a big fan of the pen-and-paper game, it's only natural that he became the driving force for this project within Cyanide. The video game carries over all the main aspects of the pen-and-paper game in an unflinchingly mature universe overflowing with current topics such as the destruction of nature by man and their machines. Rage, a central element of the game, brings a subtlety to the game which requires players to learn to control it in order to make the most of it.

Werewolf: The Apocalypse - Earthblood is the first action-RPG game adapted from the eponymous game. Mature, brutal, and complex, it invites the player to embody Cahal throughout his quest of bloody redemption. He'll play an essential role in the great war led by the Garous against Pentex, whose activities are devastating the natural world.

Werewolf: The Apocalypse – Earthblood will be available on PS4, Xbox One and PC in 2020.

Bigben, a leading publisher of video games on PC and consoles, is known for its creativity and innovation. After its acquisition of four development studios (Cyanide, Eko, KT Racing and Spiders), which are all internationally recognised for their expertise in different genres, Bigben is strengthening its position as a developer and publisher of premium games and is aiming to become the world's leading AA publisher. www.bigben.fr

Cyanide is a French video game development studio created in 2000 and based in Nanterre. It has two subsidiaries located in Montreal and Bordeaux. The studio is known for its sports games, such as the popular PC series Cycling Manager and its console version, Tour de France. Cyanide is also the author of Blood Bowl (Sport/Fantasy, 2009), the adaptation of the famous Games Workshop board game; Game of Thrones (RPG, 2012); Styx: Master of Shadows and the sequel Styx: Shards of Darkness (Infiltration, 2014/2017); and Call of Cthulhu, a game adapted from the tormented world of HP Lovecraft (investigative RPG, 2018). More information can be found at www.cyanide-studio.com

White Wolf is a licensing company focused on creating the best participatory brands in the world. Since its original entry into the roleplaying game market in 1991, White Wolf’s World of Darkness has grown to be one of the most recognized and successful brands in the hobby game space with collective book sales in excess of 10 million copies during this time. White Wolf’s World of Darkness brands, which include Vampire: The Masquerade, Werewolf: The Apocalypse, Wraith: The Oblivion, and Orpheus, has been licensed for television series, console and computer video games, interactive media events, and a myriad of merchandise and other entertainment products. More information at: www.worldofdarkness.com