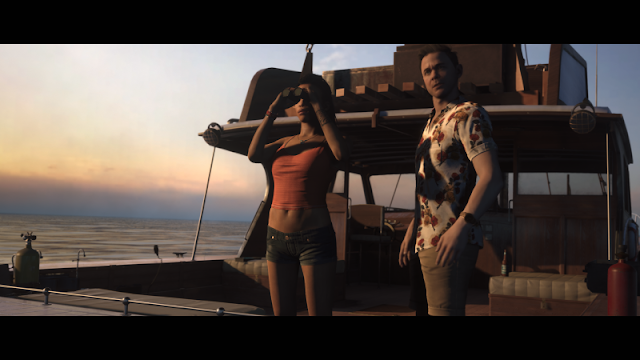 BANDAI NAMCO Entertainment America Inc. and Supermassive Games released a new teaser trailer for The Dark Pictures Anthology: Man of Medan, which illuminates both the title’s driving mysteries and its place within the larger anthological series.

The new trailer can be viewed via the following YouTube link:


Developed by Supermassive Games, the critically-acclaimed studio behind the cult-classic thriller Until Dawn, The Dark Pictures Anthology is a series of standalone cinematic horror games anchored by three common threads: an unprecedented amount of branching gameplay—even for a Supermassive title—that yields near-limitless replayability; 5 controllable characters (per game) who can all live and die based on the players’ choices; and The Curator, an omnipresent narrator-like figure who seems to know just a little bit too much about Supermassive’s horrifying new universe.


Man of Medan will serve as the maiden voyage for the anthology, offering players a bottomless ocean of chilling experiences to be braved either with a friend or—for the particularly daring—alone. The title is slated to set sail on August 30, 2019 for the PlayStation®4 computer entertainment system, Xbox One and Steam® for PC.