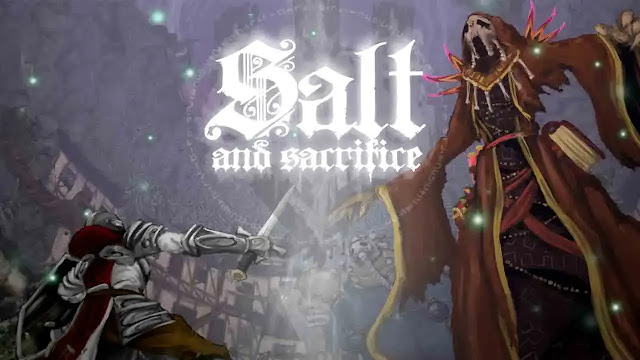 Salt and Sacrifice by developer Ska Studios, Devoured Studios and publisher Ska Studios—Sony PlayStation 4 review written by Richard with a copy provided by the publisher.

Sequel to Ska Studios' Salt and Sanctuary, newly released we are taking a look at Salt and Sacrifice, a title that takes from its predecessor with changes to mix things up. Will it hold up against the Souls-like/metroidvania of Sanctuary? Or has it Sacrificed what made the original so good? Well, it's time to take a look to find out.

If you've played Salt and Sanctuary, you'll probably have at least a basic idea of what you're getting yourself into. If not, well, honestly there have been a lot of changes to the formula, so you're not put too far behind the curve. You play as a nameless sinner, one who has been sentenced by the kingdom to atone for your crimes by getting rid of the Mages plaguing the kingdom. On your way to the location where the mages congregate, your…animal? gets attacked. Chances are, you end up dead. But no worries! You've been marked by a special ritual, allowing you to come back from death as many times as needed! Provided you do not succumb to the "Haze". 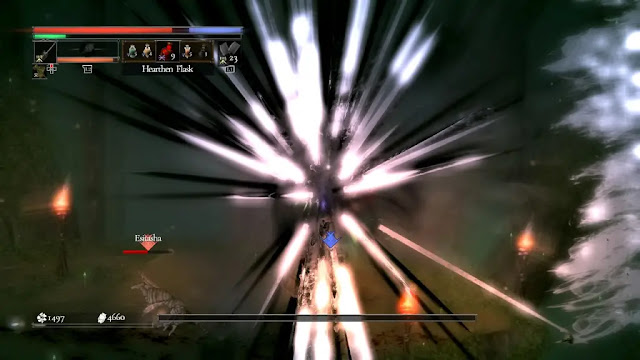 Salt and Sacrifice, like its predecessor, is a 2D souls-like with metroidvania elements. What this means for Sacrifice specifically, is that you will roam around an area in a 2D fashion, beating up on enemies, and they will drop salt which you can use to level. Combat is done based on a stamina system, where attacks, blocks, and dodge rolls consume stamina, and you need to regenerate it periodically. You also have access to a stock of consumables you can replenish at checkpoints, and if you die, you drop all your salt and need to go pick it up again before dying, otherwise it's gone for good. And yes, there is an equip burden that affects movement and dodge roll.

As you progress through the game you will also acquire tools to help traverse areas, such as a sort of hookshot you can pick up in the first area. Yes, there are specific areas now, as well as a main hub location, where you can craft items and purchase stuff from a vendor, before leaving to go explore the different biomes containing the Mages. Each new area is locked behind certain area bosses and Named Mages, which you will need to defeat before you can progress. The Named Mages come in different forms, and you are required to defeat a certain number in order to gain access to sealed doors you will find while exploring.

Now, if you've played any Souls game, you may be wondering why I'm making this distinction between "area bosses" and "Mages", despite Mages being functionally bosses. Well, Ska Studios decided to do something a little different this time around, and has introduced some Monster Hunter style elements. Basically, after beating a Named Mage, they will then appear randomly in the stage, and you can beat them to hopefully get more of their specific material drops. These materials can then be used to craft equipment based on that Mage. There are also "Pyre" items that are used as upgrade materials. These can be acquired from the Mages, or chests and item bags throughout the areas. 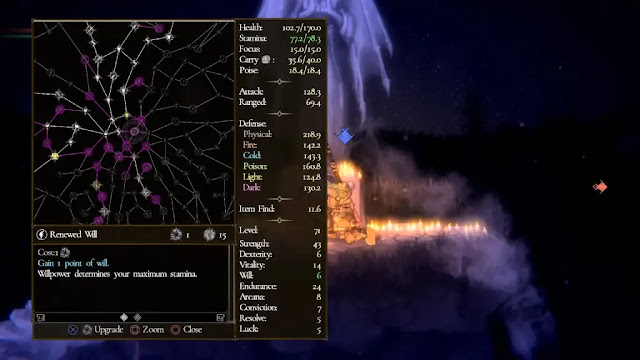 I'd like to take this moment to comment on a few things. First of all, I was about to write a pretty scathing review before the last patch. Luckily it got released the day before I started writing this review. Thankfully the patch solved a lot of my issues, but the basic feeling remains the same: it doesn't feel like some of the bosses/Mages/enemy design/placement were really play tested properly, if at all. I'll say this now, but I have completed the game, defeated all the Mages, and gotten the Platinum trophy, so I have successfully completed everything up to the New Game Plus run, and I can honestly say that some of the bosses and enemy placements made me want to just huck my controller out the window.

You can get juggled, you can get flinch locked, and enemies can shore up on the edges of platform, preventing you from climbing up or landing on the platform or knocking you off the platform, where you'll then fall 400 feet to your death. Also, if you're chasing a random Mage, their boss area can be right in the middle of a bunch of enemies, sometimes tougher enemies. While they will fight each other, it can be really frustrating sometimes. Also, there are some hitboxes that just aren't really fair if you're in melee range. Another annoyance is that enemies will follow you all the way to the bathroom given the opportunity.

One really interesting, but also possibly frustrating, aspect revolves around your consumable items, such as healing potions and thrown weapons. You can also gain access to other thrown items, such as poison vials and molotovs. You can craft on the go, but you need the associated materials to craft. Yes, you can run out by the way, so if you have no materials left for healing potions, you have no healing left. Thankfully, the materials are quite abundant, and you can also collect some in the main hub area, or purchase a bunch from the merchant. 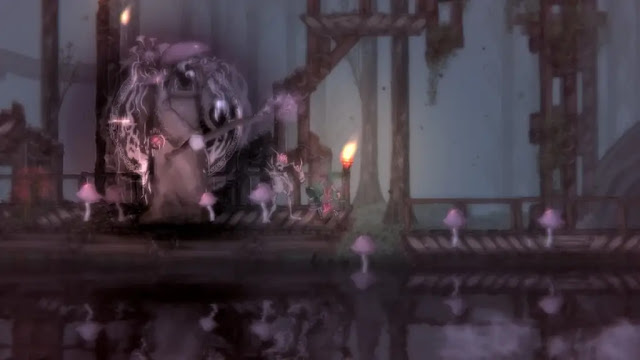 If you're used to Salt and Sanctuary, the graphics are the same as always. The 2D hand drawn style art, combined with atmospheric music, produces a decent ambiance. The developers also know what you're looking for in new game plus, as the quality of the upgrade materials gets increased to reflect the new challenge rating, which is really nice. There are a few issues here and there, such as trying to return from some of the hookshot points just not working well, or when you go to kill a Mage you have to hit the circle button while the Mage is downed, otherwise they get back up after a while. Unfortunately, if the Mage is overtop of a tool you can use, you may find yourself activating the tool, or picking up an item, instead of killing the Mage.

Overall I did have a lot of fun with Salt and Sacrifice, although there were a few moments where it got rather frustrating. With the new change up to how the game plays out, I expect a lot of people to be upset with the new direction. It's not a bad direction, just new. I really appreciate the devs branching out in a new direction, and hope they continue to do so from now on.