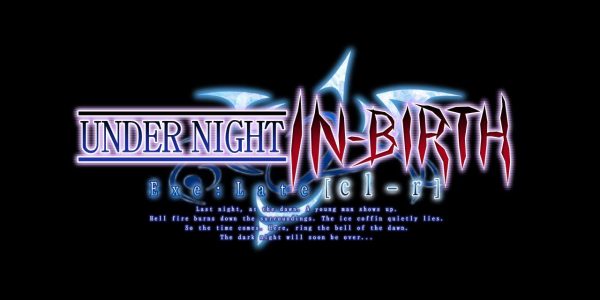 PQube (London, UK) - December 3rd, 2019 - Today, PQube, French Bread and Arc System Works are excited to share a new trailer for Under Night In-Birth Exe:Late[cl-r], the next iteration of the exceptional 2D anime fighting game series, which was one of EVO 2019's main games, the world's biggest fighting game event.

It features the "Frozen Fang of Eternity" Londrekia Light, the 21st character joining the diverse roster when the game releases next year digitally and physically on February 21st for PlayStation 4 and Nintendo Switch.

Better prepare a hot drink to go with the Londrekia trailer: https://youtu.be/Ldy9ahVtrHY

Aiming to achieve an anime-like warmth, the visuals rendered in real time and the blending of 2D and 3D comes together beautifully! Each of the 21 characters use an average of 600 frames of animation to show smooth motion with the utmost of detail, including facial expressions, hair, gently fluttering clothes and shadows. 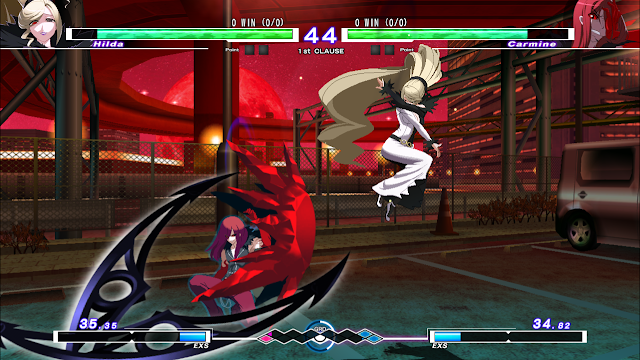 Ever wanted to learn more about fighting games?

Within the fighting game community, the Under Night In-Birth series is known for its exceptional tutorial. It brings together all the information you need to understand the basics of fighting games and wraps it up in an easily understandable and well-paced guide. After that, it offers more in-depth lessons that teach advanced techniques by executing them and letting you repeat what you have previously learned.

Under Night In-Birth Exe:Late[cl-r] will be available digitally worldwide on February 21st, 2020 for PlayStation 4 and Nintendo Switch!

Check out #UNICLR on social media!

Arc System Works is a Japan-based game development company, renowned for their unique and highly artistic 2D fighting action games. They have a proven track record with their big hit series: Blazblue and Guilty Gear, among many other games of all kinds of genre under their belt. From planning to production to marketing, Arc System Works believes in constant value-adding for their products, striving relentlessly towards the aim of staying ahead in the forefront technology of gaming, and producing flavourful character designs to form the foundation of their extensive Intellectual properties. https://arcsystemworks.com/

PQube is a leading publisher, distributor and service provider for the interactive entertainment industry with a global reach through UK, Europe, Middle East, Australia and North and South America from its offices in Letchworth (UK), Bristol (UK), Paris (France), Los Angeles (USA) and Hong Kong.

We thank all our partners and acknowledge all game names, brands, and trademarks as properties of their respective owners. Visit: www.pqube.co.uk/games