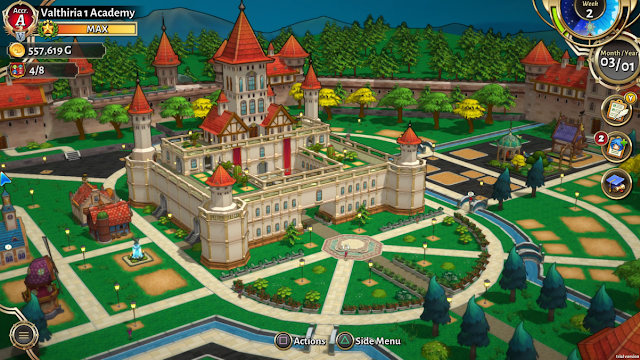 PQube (London, UK) – June 21st, 2019 – Today, PQube has great news for everyone that still appreciates a nice cartridge and box: More formerly digital-only fan-favourites will make their way to European stores in the course of this year, kicking-off with Valthirian Arc: Hero School Story and Nippon Marathon today!

Hailing from the exotic dojos of Birmingham, Onion Soup Interactive is the newest kid in the indie shrine. Nippon Marathon, the officially licensed videogame of Japan’s #1 annual sports extravaganza*, is its debut title. The studio’s aim is to find and develop new forms of fun and to apply them in colorful and exciting fashion – all while trying to beat the Guinness World Record for volume of sushi consumed in a single sitting. Please direct all complaints to Buster the dog.
*Note to press: don’t fact check this.

Agate, under PT Agate International, is a company and game development studio that was founded in 2009 and is headquartered in the Bandung region, Indonesia. PT Agate International owns two main business: game and gamification development under Agate, and a subsidiary that moves within the role of marketing and digital advertising—Seruni. For over nine years of running, Agate now has over 170 crews, 250 game titles, 270 projects, 140 clients, and 20 local and international awards. This large growth of Agate entitled Agate as one of the most sustainable game company in Indonesia. With the motto “Live the Fun Way”, Agate is certain that living will be all the better if accompanied with happiness. And that games are one of the viable media that can help increase said happiness. More detailed and updated information can be found on www.agate.id.

We thank all our partners and acknowledge all game names, brands and trademarks as properties of their respective owners. Visit: www.pqube.co.uk/games