on April 03, 2015
Toukiden: Kiwami is not a new game necessarily, as Toukiden first arrived on the Vita a little over a year ago. Kiwami is more of an expansion than a sequel, though it makes a host of improvements and adds a ton of content with its transition to the big screen. While it will remind many of Monster Hunter, Toukiden: Kiwami is comfortable in its own skin, with a different take on combat, even if the collection and mission structure feels familiar. 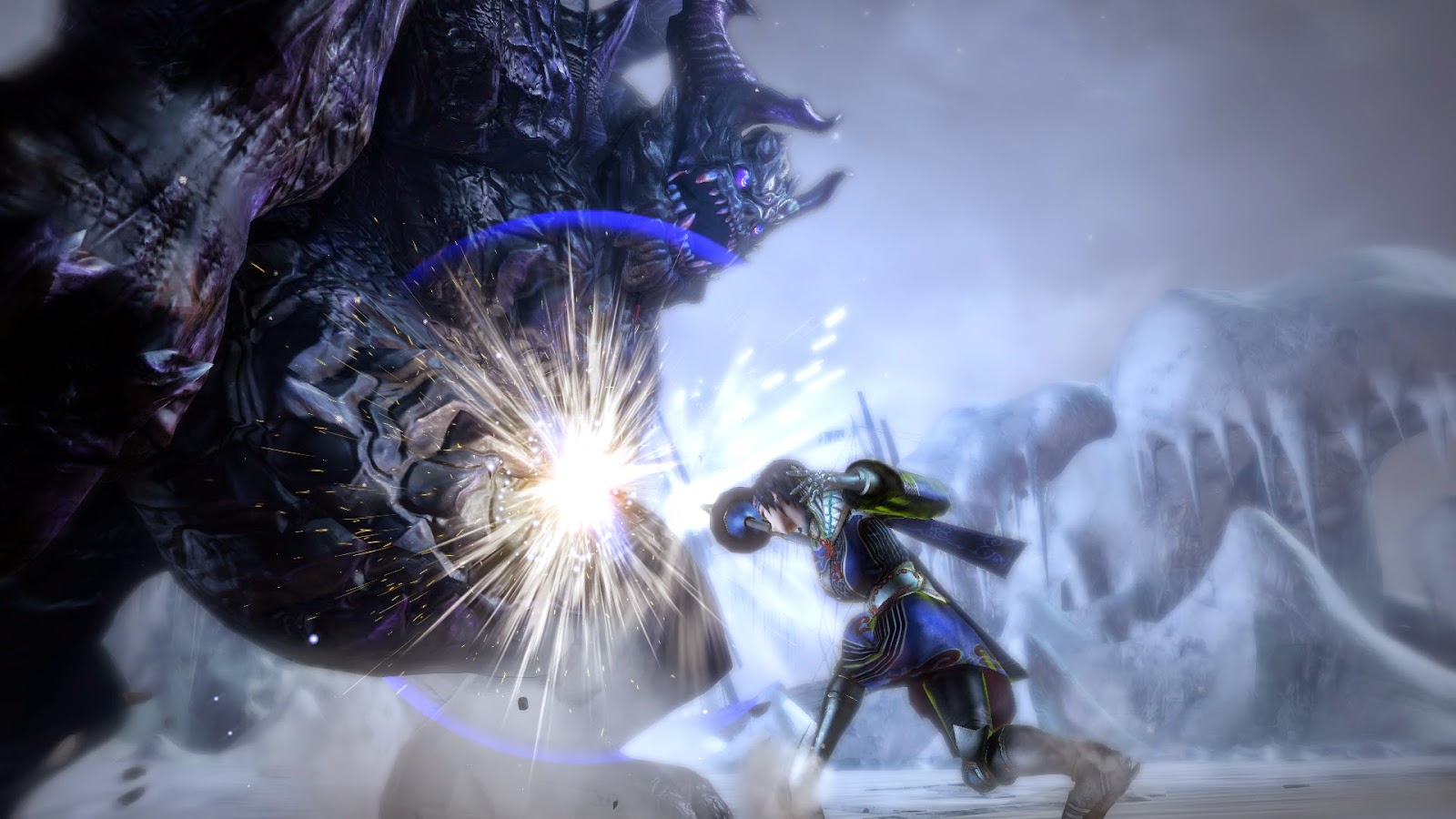 Toukiden is hardly the first game to try and emulate Monster hunter, Plenty of others like Ragnarok (and its follow-up, Ace) attempt to take the mission-based structure and cooperative gameplay and create a Monster Hunter-like experience. Of these games however, I believe Toukiden has done the best job of striking balance between those familiar systems while doing enough of its own thing to justify its existence as more than a Monster Hunter knock-off.

When it first released on the Vita, I found the visuals, music and the bite-sized missions a good fit for the hand held device. That being said, the visuals certainly benefit from the big screen treatment. There is a good deal going on during many of these missions, and being able to spot enemies further into the background is certainly a good thing. Toukiden: Kiwami sports a very distinctive style both musically and visually. This Japanese styling reminds of the Warriors games, though combat is something far more tactical. 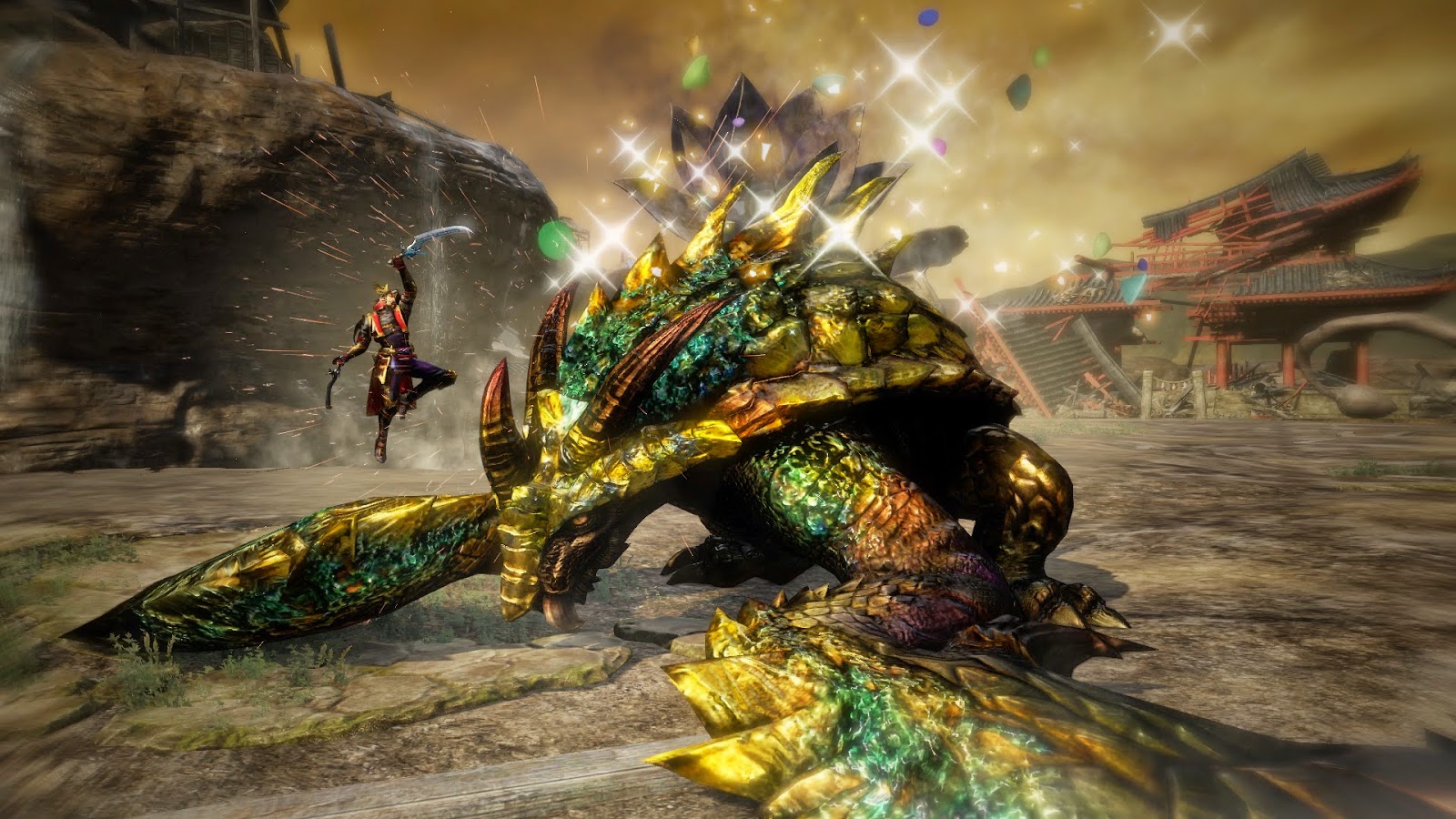 One of my favorite aspects of the combat are the special moves which have a limited number of uses. Sometimes they give you a boost in attack power, sometimes they give you additional health and more. It takes a moment to trigger them, so timing can be key, especially in larger, more dangerous boss battles. While the two basic types of swing types are still in tact and no doubt feel familiar to fans of Monster Hunter, other tweaks in the control scheme beyond the special attacks stand out. The ability to lock onto monsters is a huge plus. I know there are many purists who prefer the non-locking of Monster Hunter, but I tend to use locking on in most games when it is an option, and I prefer having it here. There is a special mode that can be accessed by pressing the touch pad that views the world through a different lens. This allows you to see important elements on the battlefield, including the health of enemy demons or Oni.

Traveling segmented maps, fighting monsters and digging up resources are important not just for mission progression, but equipment upgrades as well. There are a handful of systems at work in the central village that serves as your primary hub. Here you can upgrade weapons, modify them into something new or create all new ones. There are usually multiple requirements here, ranging from money, to resource parts to how frequently you use that type of weapon, improving your compatibility with it. 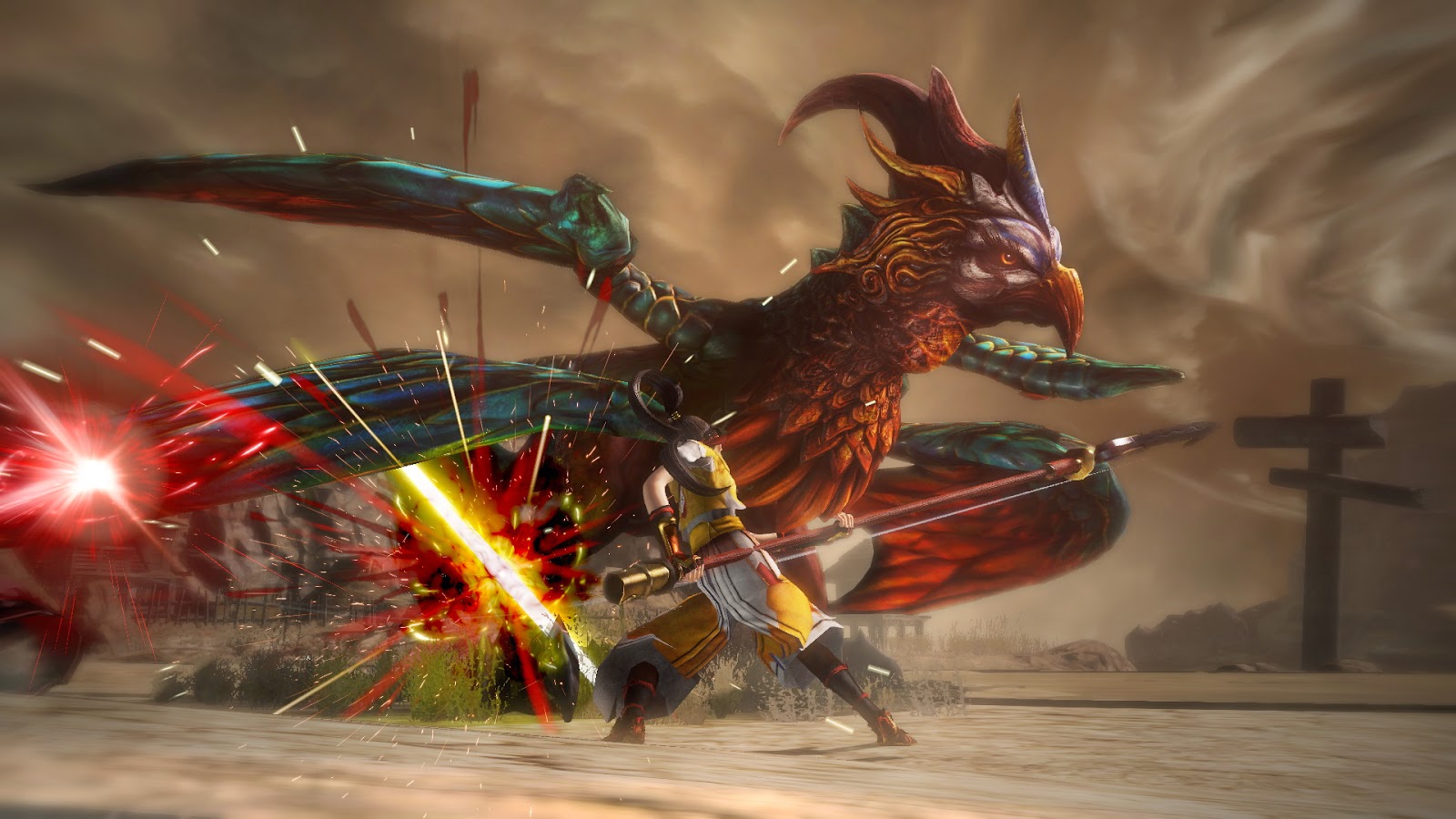 The other system of note is Mitama, which are spirits of vanquished heroes you can find on the battlefield. Free them from the Oni who possess it, and you can then level up and socket in these different personalities into your weapon. This adds additional perks to your character and adds an enjoyable leveling element to the formula.

Of course for many people, the highlight of games like this is the ability to play with others online cooperatively, and that is also a feature of Toukiden: Kiwami. I tend to be more of a solo gamer myself, but my son loves to buddy up with others to play titles like this. Toukiden hums along effectively regardless of which play style you are preferential to. 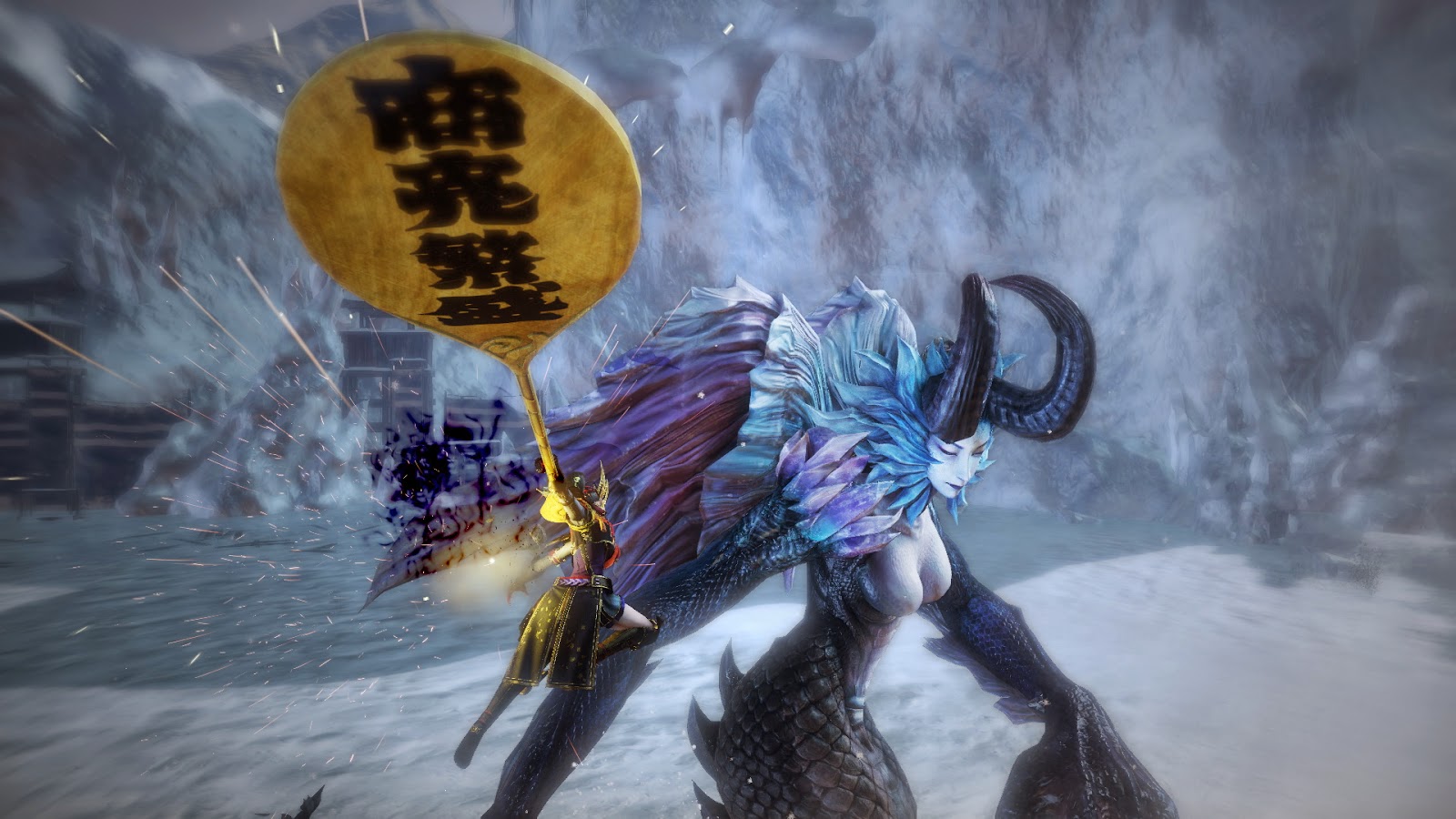 If you are new to the series but love these Monster Hunter style of games, Toukiden: Kiwami is an easy game to recommend. It fills a niche currently lacking on the PlayStation 4 and does so with a high degree of polish and style. A tougher question waits for those who played the original game on Vita last year. If you did not particularly enjoy Toukiden then, it is unlikely that Toukiden: Kiwami will do much to convert you. However, there is a lot of new content here. I mentioned that it felt like an expansion, but an incredibly meaty expansion with loads of new monsters, Mitama and even some additional story content.

Even though I spent plenty of time with the original game, I was more than happy to come back to Toukiden: Kiwami. There was enough new content to make things interesting, and the transition to the big screen was actually a preferable one to me. I love my Vita, but most of the time I prefer playing on a console with a big screen. Toukiden: Kiwami is a beautiful game, with plenty to do and helps to scratch the itch for those who like Monster Hunter but want to try something similar, yet decidedly different at the same time.