on April 06, 2015
La-Mulana EX on the Vita is a remake of a previous version a few years back on the Nintendo Wii which itself was a re-work of the original a decade ago. Starting off armed with nothing more than a whip, our mini 8-bit-ish hero sets off in towards the Metroidvania styled ruins in order to find his missing father. 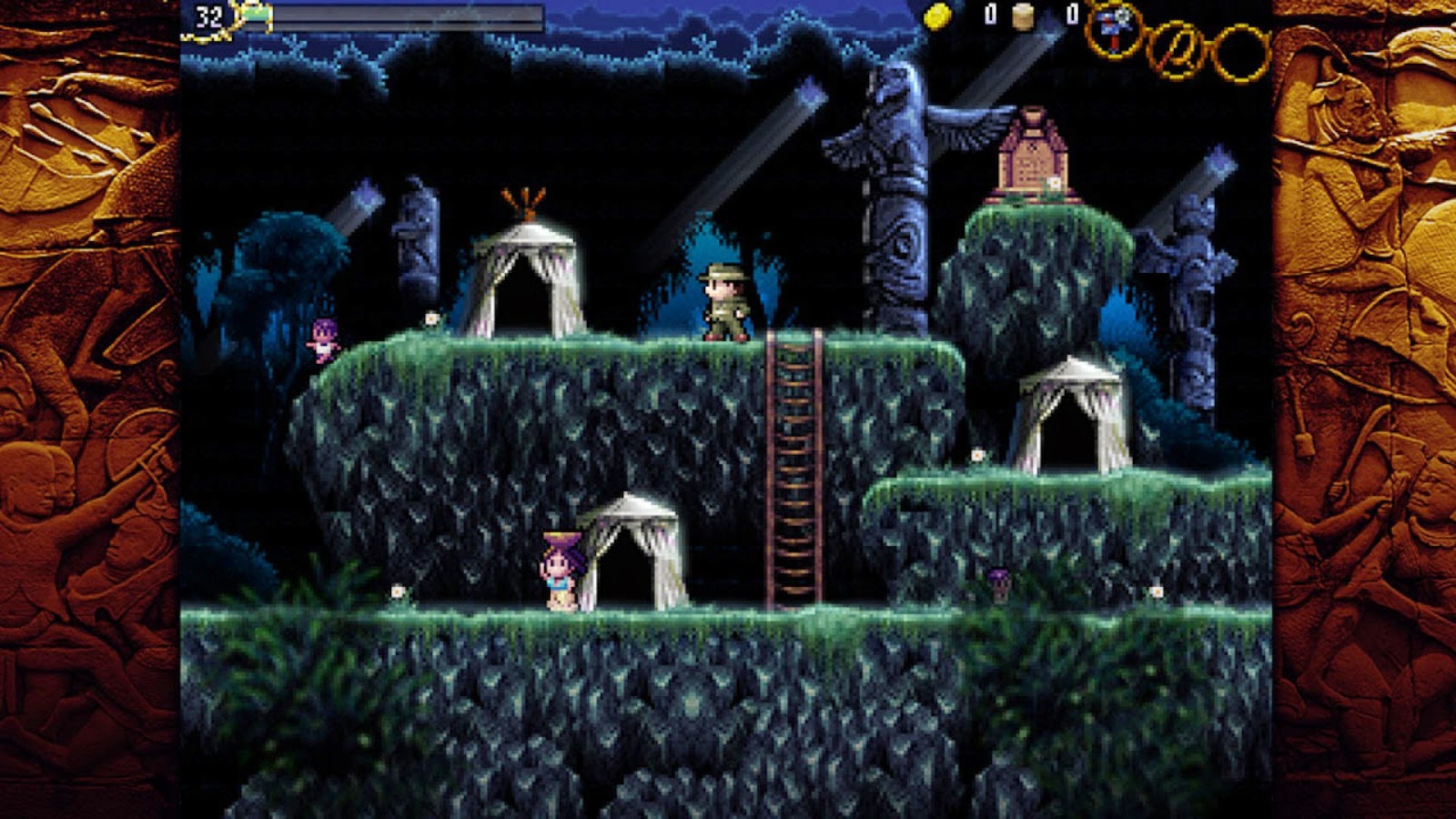 This is the type of game that I absolutely love to play. There is no hand holding. There are no tutorials. The game starts off and so does your adventure! Designed in a retro style, players will find themselves searching back and forth in order to find out where to go. While generally there is one set path that players will actually find themselves on, there were several instances in which deciding to take another direction, a different ladder, to go up instead of down, lead me to the same location. Rarely will a Metroidvania actually feel like it does this as it generally prefers that its players find the specific item to travel down a specific path.

Exploration is brutal at times but it is never cruel. Paying attention to the environment is absolutely key as one bad jump can really hurt if a monster flies into your path knocking you down into spikes. Switching up the rules though, players will find themselves with choices to make when it comes to pressing down a switch in order to move further into the ruins. Switches in this case work in the form of presses that require blocks obtained either within a shop or found while defeating enemies over the course of your journey. Running out of these can spell disaster at times as you will find yourself turning back in the direction that you came because you ran out. Talk about embarrassing stories for the kids. 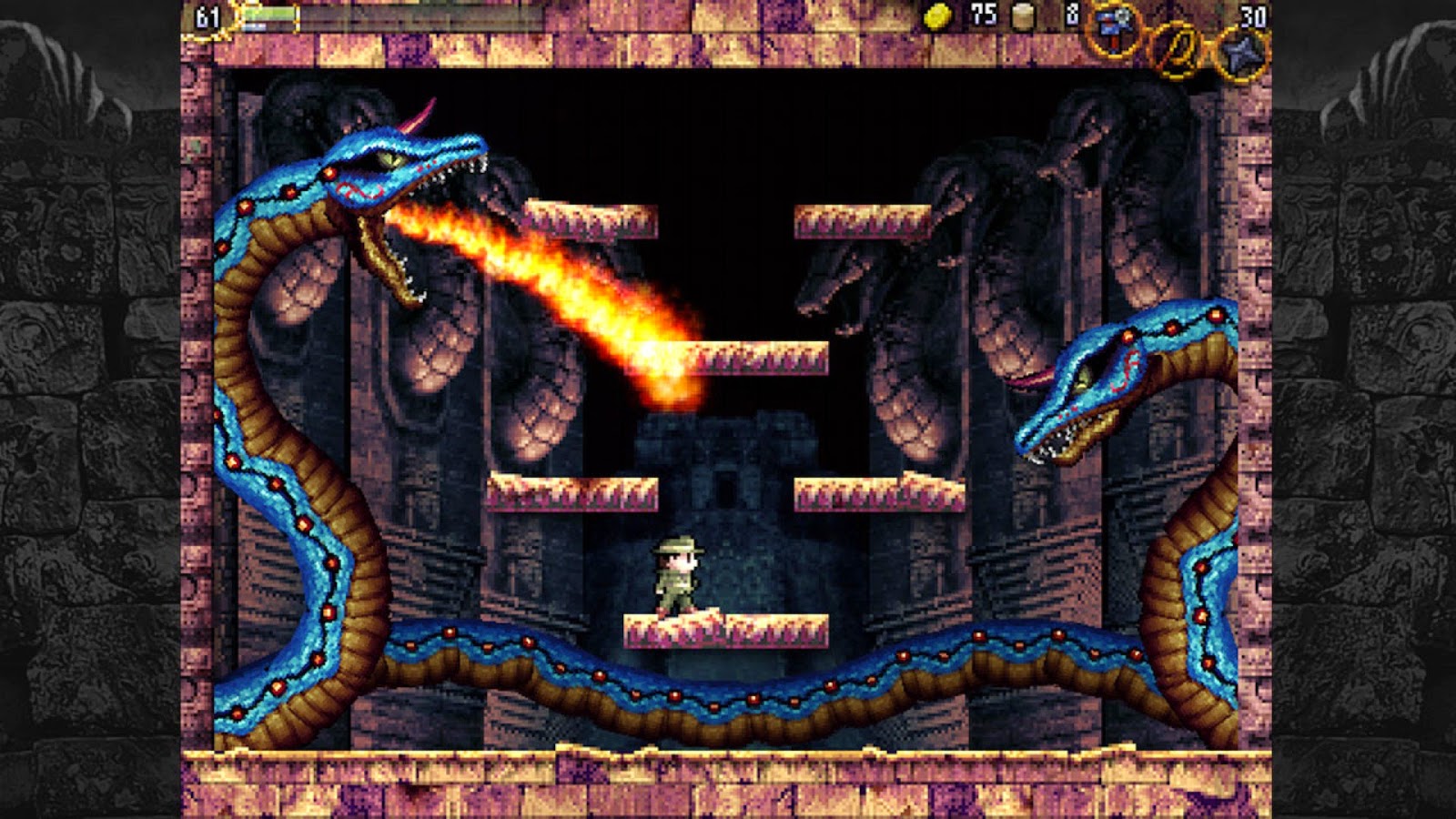 What I found interesting was that in several cases it took a while in order to figure out exactly how to open a chest. Even seemingly obvious puzzles are never as they seem. That switch you just threw? It actually did absolutely nothing where you thought it would. It was honestly these curveballs that kept me searching around even just the main entrance of the ruins before heading off in one of many possible other directions.

As mentioned before La-Mulana EX does no hand holding. It wasn’t until hours later and multiple trips back to the main menu that certain pieces started to fall into place allowing me easier access to the set of ruins. As players can simply pass right by important items it becomes necessary to try anything and everything in order to open, or get to wayward chests. While some of these may hold nothing more than a bit more spending money, others can contain items such the holy grail in which allows for teleportation between any scanned saved points. 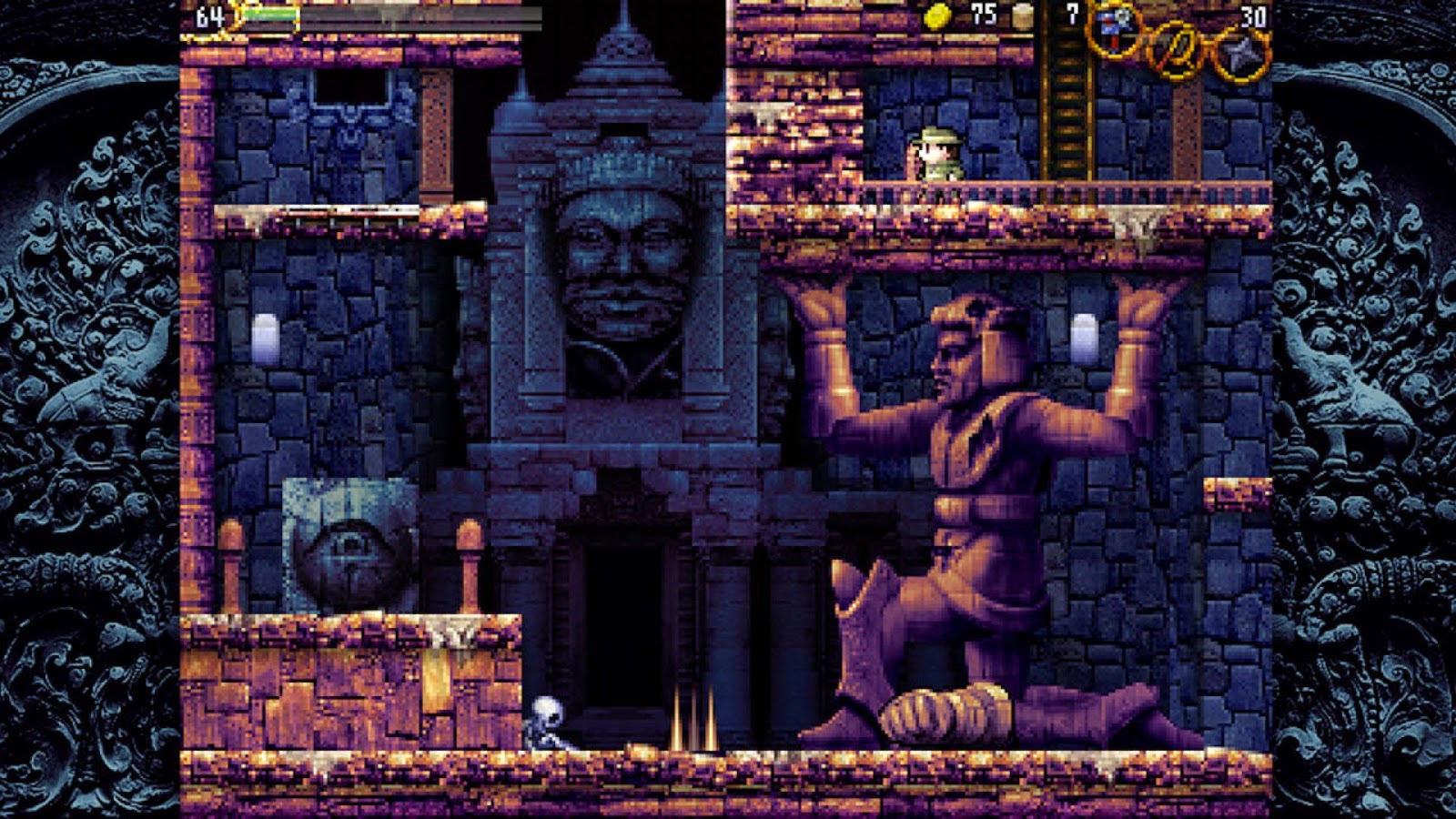 One of the biggest challenges that I had was not the lack of handholding in regards to the possible features and such, but more in the particulars of the retro style that they decided to take. For years players have been mastering the timing needed to jump off of a ledge to grab a specific portion of a ladder to shorten a climb. Forget about that as this whip wielding hero likes to do it the hard way. Ladders can only be accessed from the ground in which they start from. Once a jump has been started you can slow it down but never come back. Ledges such as hills cannot be simply accessed by jumped vertically but instead require having to go find a break in order to make it up to that next level. It was the small things like this that made it all the more interesting and challenging.

La-Mulana EX was a great Metroidvania that really put the emphasis on the exploration of the surroundings as there weren’t any RPG elements to make anything easier. Armed with nothing more than a whip that would make any Belmont or Indiana Jones proud and your wit, this set of ruins was more than worth exploring to find out its secrets.