on March 24, 2015
The Atelier series is one that we hear at Chalgyr's Game Room really enjoy. We have been covering the numerous Atelier games for years now and it is one of the most unique and interesting JRPG franchises that we have seen in a long time. Focusing primarily on grinding and crafting, with solid story lines, lovable characters, and a unique twist on the genre, the Atelier series has always tried to be a bit different. With Atelier Shallie: Alchemist of the Dusk Sea they are trying to not only refine the franchise's existing staples, but to bring some of the more standard features of the JRPG genre to the series for the first time. How does Shallie pan out? Read on for more details. 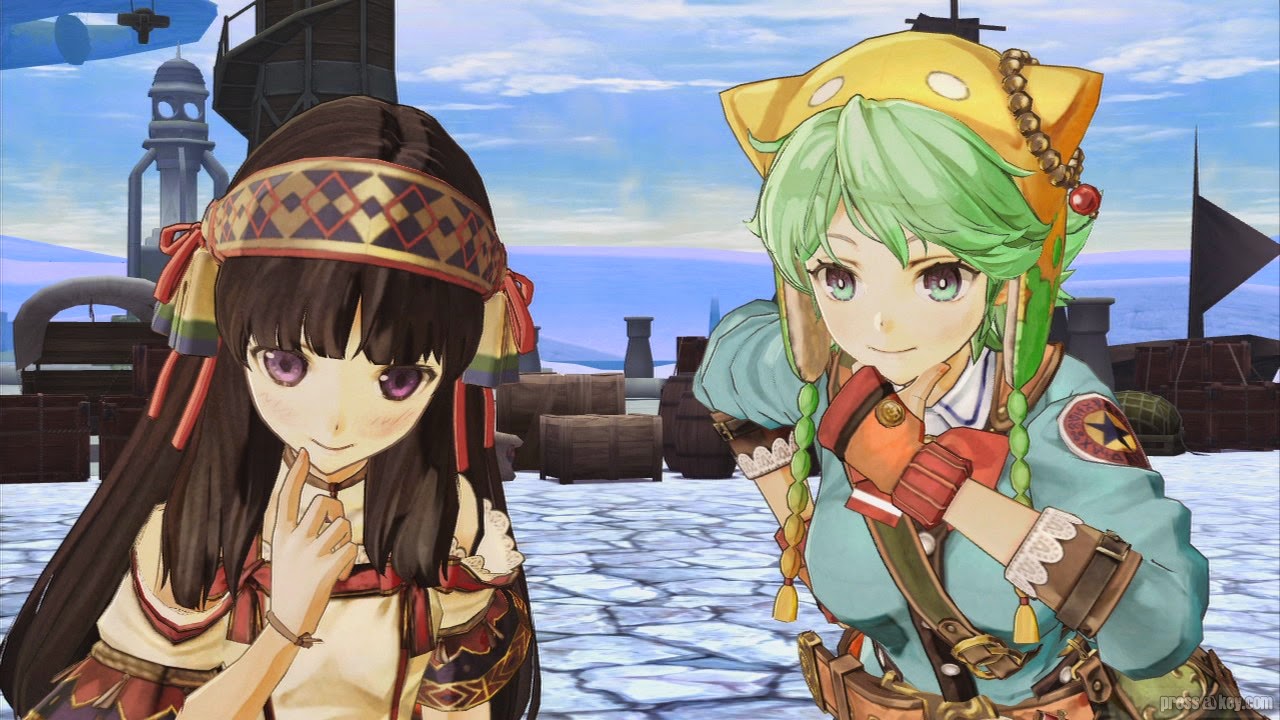 Graphically speaking, Atelier Shallie is the best looking out of the franchise. With wonderfully rendered fully 3D environments, stunning character models and designs, and a bevy of special effects, Shallie absolutely shines. The animated scenes where various characters are speaking are wonderful. The art direction is instantly recognizable as an Atelier game, with 2D animated avatars for some of the conversations and the details are impeccable. Previous iterations of the Atelier series have had solid character models but with Shallie they took it to a new level. Clothing is far more animated, swaying with every steps and the details, from belts to lace to other accouterments are hand drawn and extremely detailed.

Enemy models look great, from vibrant evil chocobo looking flightless birds to larger more formidable enemies like a massive blue pseudo-dragon. I was quite surprised when you have your party onscreen and you are battling something as tough as the Desert Fang, and special effects are exploding all over the place, and there was not a single ounce of slowdown / framerate drop. For as nice as this game looks, I would have expected some dropped frames, but not so. Even though the nicer graphics and stunning character models are a great update from the previous games, the real treat came in with the rotate-able camera. Missing from previous entries in the series, fans have been hoping and demanding the ability to rotate a camera for years now and they have finally added it in; a wonderful and much-needed addition to an already excellent franchise. 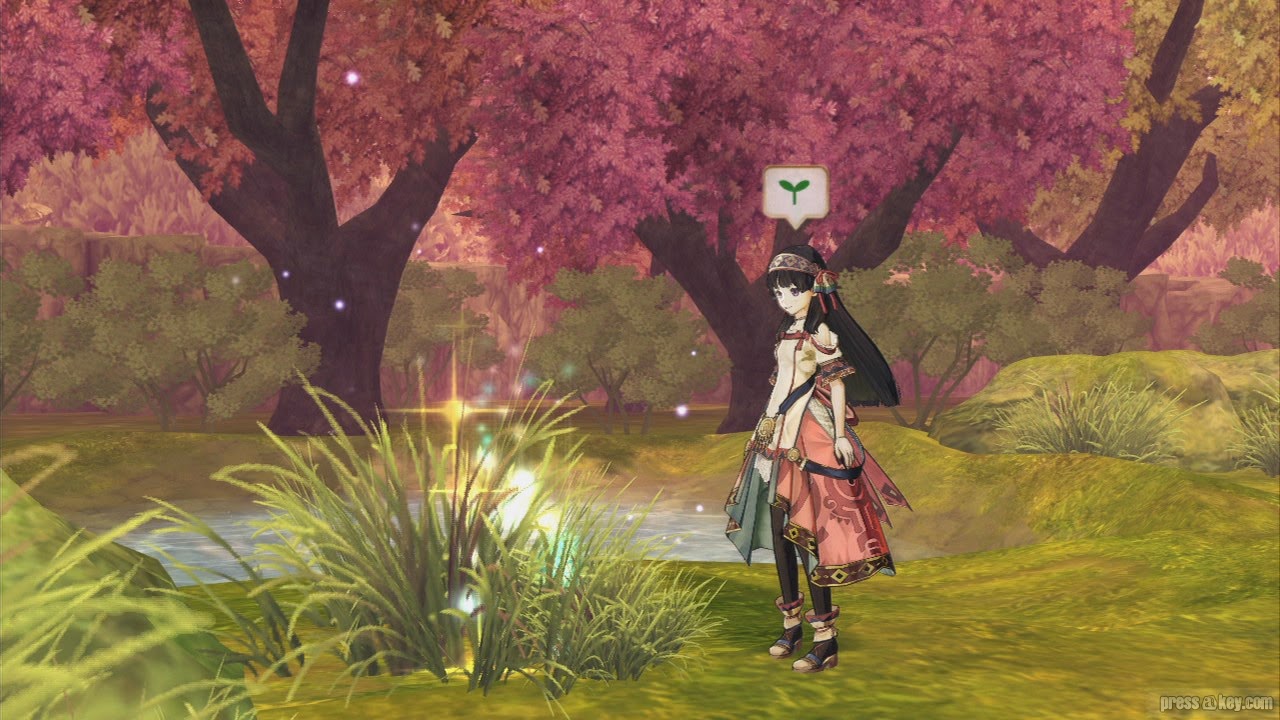 Those of you that have been around Chalgyr's Game Room for any length of time are well aware of my predilection for audio in video games. An excellent soundtrack added to top-notch voice acting with solid ambient audio can take a game to the next level. The Atelier franchise has, in the past, had some of the better voice acting with experienced and believable actors portraying the characters and giving them a depth that would have been lost had they not been fully voiced. Atelier Shallie though, has a significantly smaller voice cast that you only really hear during some scenes. It is as if only half of the game was voiced and it is a very odd effect.

Fans of the franchise may be a little off-put from this detraction from the norm, though newcomers to the franchise may not really notice much in the way of an issue. For instance, the recently released Atelier Ayesha Plus had a ton of high quality voice acting but Atelier Shallie in comparison is barren which is something that I was not expecting. However, what voice acting is there is excellent, continuing the trend in Atelier games for excellent acting that brings solid depth to the characters. Outside of the, what I feel as missing, voice acting, the background music is excellent and the ambient audio is more than passable. All-in-all the audio is great, just not what I was expecting. 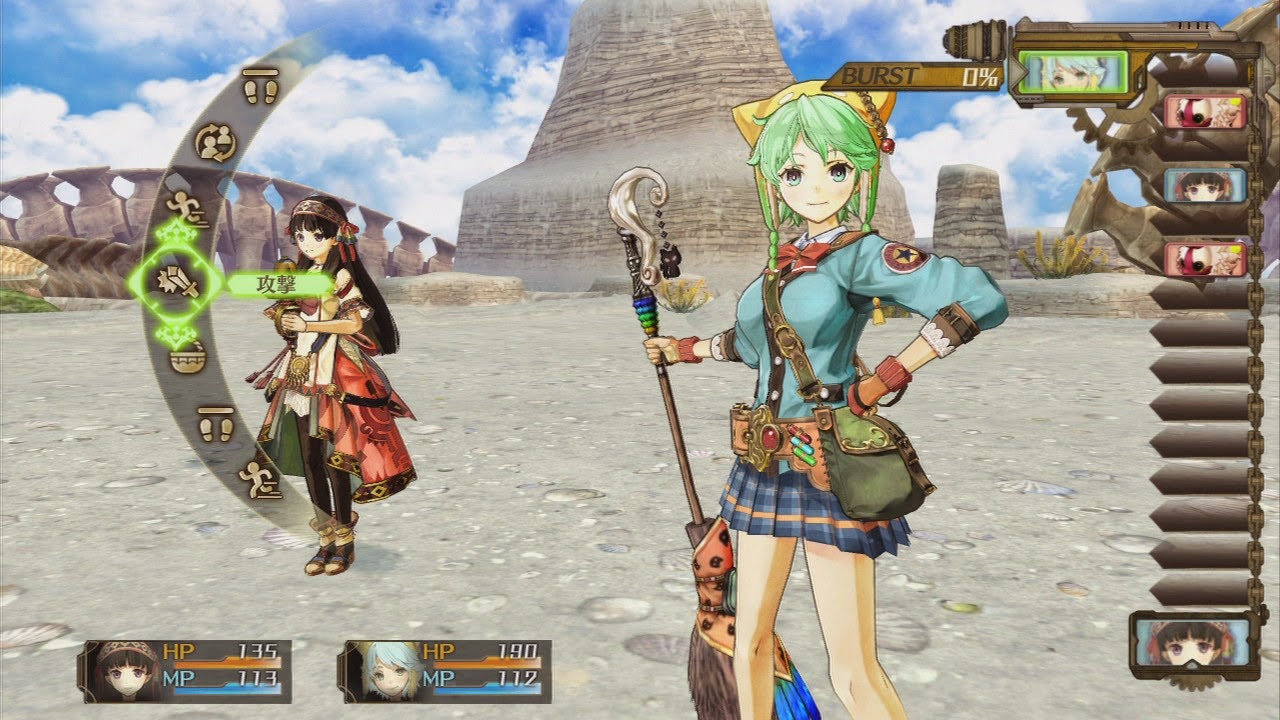 As I previously mentioned, one of the biggest desires for fans of the Atelier series has been to be able to rotate the camera and with the addition of this feature in Atelier Shallie everything just feels right. While I am a little sad at the fact that Gust decided to simplify the game a hair by making it not-so-grindy, the increasingly difficult combat and rotate-able camera more than make up for it. On top of the more streamlined approach to the game you will find that more time has been spent developing lovable characters and an interesting storyline. Previous Atelier games have focused more on a main heroin that starts as an apothecary or novice alchemist and introduced a cast of supporting characters as the game went on. Atelier Shallie is very similar, however there are two pseudo-main characters, Shallistera and Shallotte Elminus. Shallistera is the daughter of a ship's chief who is on a quest to save her village from a drought that is soaking up the world's water supplies.

Shallotte Elminus is something of a jack-of-all trades who is an alchemist in training that tends to be handed the less-than-popular jobs (like garbage disposal or kitchen duty) while she manages her dead father's atelier. The core gameplay is the same, bringing back the resource gathering and crafting mechanics of the Atelier games of old while significantly increasing the combat difficulty. There were plenty of times where I would wipe on a boss-like character while I was out attempting to gather resources for a handful of alchemy requests. While not brutal, combat is simply challenging and quite fun; to the point that even though the grind-heavy formulas of the past are now gone, I found myself still out grinding to try to increase my level. I blame years of playing titles like Tales of Vespiria, the Agarest series, and the Final Fantasy games; grinding is something that I simply do (even in more modern Western RPGs like Dark Souls II). 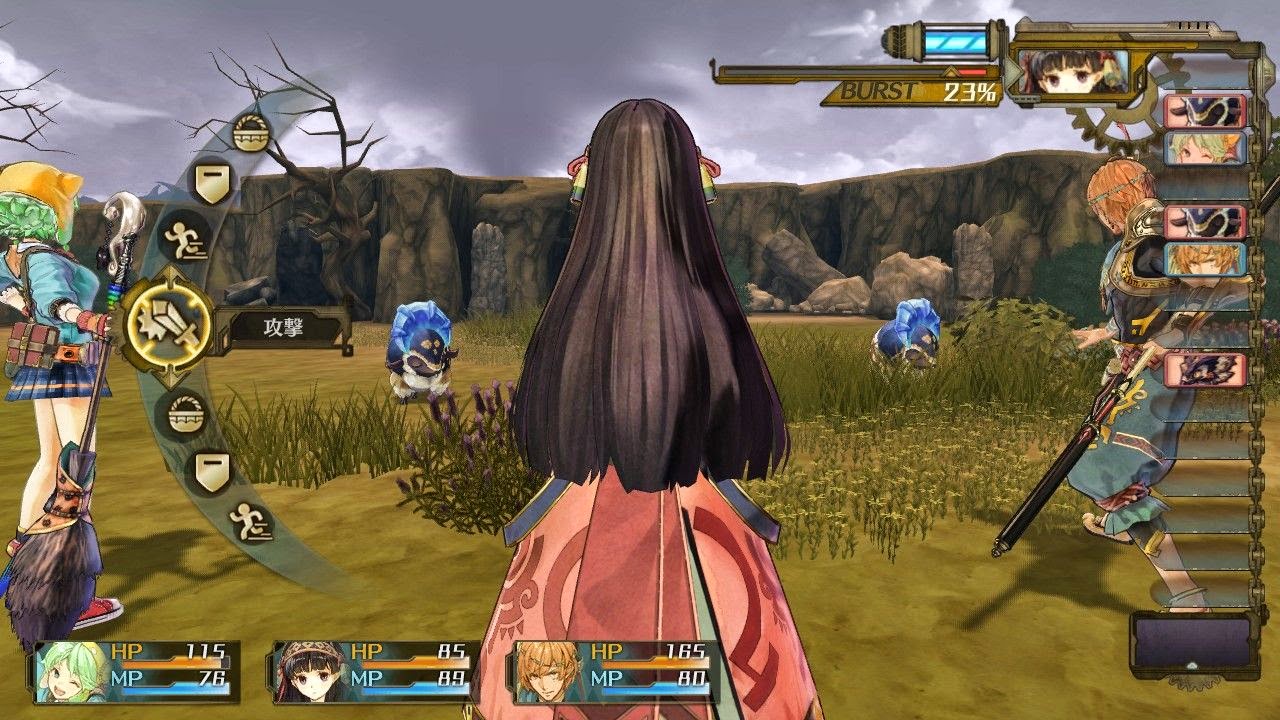 Gust's decision to streamline Atelier Shallie: Alchemist of the Dusk Sea was a gamble and that gamble paid off. I spent far less time out trying to find resources than I did in past titles, this allowed me to spend more time in combat or exploring the expansive world and getting to know the various characters. While I was surprised at the comparative lack of voice acting found in previous Atelier titles, I was in no way disappointed with what was there. Solid voice acting, a good soundtrack, and some quality environmental effects are complimented by some stunning character designs, smooth framerate, and interesting locations; when added to the fact that you can now rotate the camera (a big deal for me) and that more focus was placed on making the world a living breathing fantasy setting, you have yourself a strong entry into an already excellent series. Atelier Shallie: Alchemist of the Dusk Sea is one of the better titles in the franchise and a great way to whittle away the hours in an interesting world.