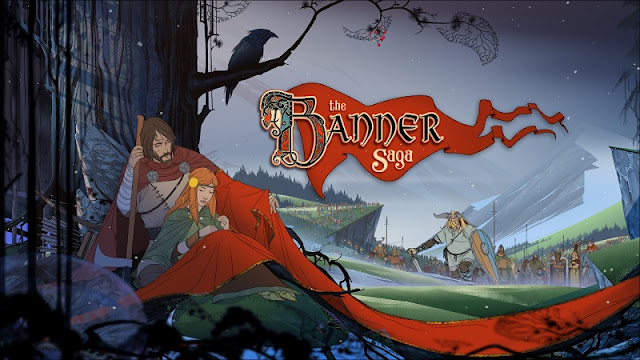 The Banner Saga is a series that has seen an incredible journey. Started off by Stoic Studio and published by Versus Evil back in 2014, this "hardcore" Strategy RPG has had me in tears a few times because of hard to make decisions that could inadvertently have people you care for die on you. Simulating life's hard choices in a Norse-like Fantasy RPG, you can't go back once you've taken that step forward and you have to live with the consequences for bad or worse.

With the trilogy having now come to completion, there was only one way to dive into the third and final chapter. Taking it back from the top, settle in for a story as here is our complete review of the Banner Saga trilogy starting with a look back at the first.

The Banner Saga is a turned based strategy RPG that will have you following along a caravan through trials and hardships as they try to stay alive and ahead of a horde known as the Dredge that would annihilate them all. Given several protagonists over the course of the adventure you'll eventually be given control of one in particular that has some of the most heartbreaking decisions that you'll ever have to make when the time comes.

Do you wield the weapon to end it all? Or do you let your Daughter? Having been there and done that, I let her be a hero all over again as it costs her her life. I wish I could say that it was the tip of the iceberg but that's only the end of the first chapter. How did things get that far? The Gods have died and a darkness is coming forcing the Dredge to flee where they've been hiding for some time. Why wouldn't they band together with those they fight to destroy? Because they hate the Humans and the Varl, a race of giants, who defeated them all of those years ago. With war once again upon the races, its fight or flight and often, it'll be flight.

Starting off at the beginning, you'll be introduced to several Varl on their yearly journey in order to collect taxes. Meeting up with another group that so happen to be the future king, it's not long before things go sideways and the two groups move forward together after the next would be king falls in battle. Changing views, you'll soon be given the reins to the human Rook's adventure as he starts to lead his people away from the invading Dredge and the long and arduous adventure that he's about to have. 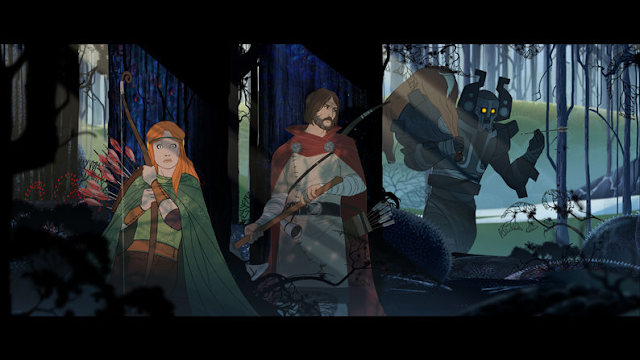 This is a big part of what makes the Banner Saga great as there's more than just a protagonist. There are several and each is given the reins to the adventure at different points in time. This gives you a good idea of what each person is like as you have to make choices from their points of view. Are they soft? Harsh? Somewhere down the middle? Those parts will be in your hands but the overall personality of a character will always be present giving you an idea of how a showdown will end once the protagonists come together.

In between this decision making, and often the result of this decision making, you'll be forced into combat. Choosing up to six of your current retinue, you'll have to face off against beings of immense power as the race known as the Dredge are big, rock like, and not afraid to drop the hammer onto both the humans and the Varl, a race of giants that cannot reproduce so losing them is costly. What Stoic have done here not only makes everything more difficult, but it makes you question your own tactics at times as this SRPG is a bit unique in how it does things with armor being there to defend yourself while your strength points for attack? They also act as your health.

All the way through to the second last fight of the trilogy, I can't actually count how many times my plans went sideways because of this system. Don't get me wrong, it's brilliant, but it's what makes The Banner Saga a bit more hardcore as there's no healing really until near the end so like everything else, what you've lost is gone. It really all becomes about the math. A unit's attack score can only do the number of damage equal to their damage minus the opponents armor. If the armor is higher, then there's a chance that you'll miss the attack. How do you take enemies out then? By targeting their armor first, then their health! 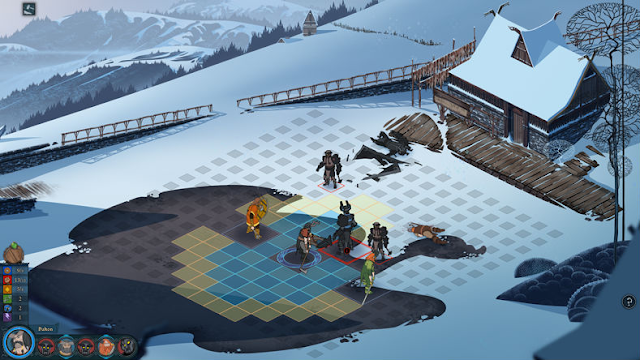 It really is easier said than done as the flow of battle of battle is always you, then them, until it's over. Taking turns allows for some creative solutions to your problems but there is "one" way around it. Rook has an ability to early enough activate what is known as Pillage Mode. This mode is only otherwise ever activated once either side only has one remaining unit. It no longer guarantees turns on a one to one basis but instead just let's the initiative take over. I'll be honest? I've never used it as I was always too busy worrying about what was coming next and using Rook's other ability. Mark Prey.

Alongside attacking a unit's armor or their strength (combined HP + Attack), units get access to abilities that all have their uses at different times. Mark Prey for example will damage an enemy's armor and also allow for everyone in range, Melee and Long Range, to attack that unit simultaneously. It's destructive. Other abilities are laying arrow traps on the field that if a unit passes through it they take damage and their turn is over. Others can set fire to certain squares so that any other unit passing through will take strength damage. Add in shield bashing and a few other abilities for removing armor, and both sides have their works cut out for them.

When not in combat, you'll be on the road which has its own set of issues. Parts of them are the decision making mentioned above while others are making sure that you have enough supplies to feed those that now follow you. The bigger the caravan, the more food required. At the beginning of this adventure it is often aggravating that you have so many clansmen and they do nothing but eat and don't really contribute other than to cause you logistical issues. It does get better but not until the second. 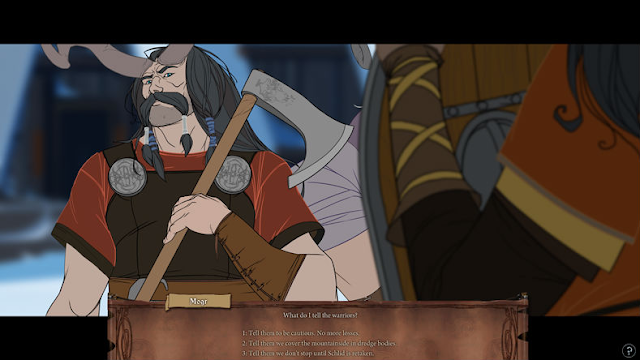 Supplies come in several formats. In some cases they can be picked up along the road due to foraging. Others they can be taken from people who decided it was a good idea to attack you. Needless to say in this case you won but more often than not, you'll have to buy supplies from various merchants with "renown" that acts as a currency. Not every location offers a fair deal and some of the worst places will simply offer you a one to one ratio making it completely unworth your while. The main reason for this? Renown is what you use to level up your characters for battle.

This has to be on the trickiest aspects to everything. What to use your renown for as the higher your character gets in level, the more that is required to level them up. There's a bit more balance to the level / renown ratio into the second and the third but in the first? It's brutal and often you'll have multiple low level units because you needed at least one higher one to use an item to give you a bigger advantage on the field. As items are based on character level, you'll want to level as fast as possible but with the food shortages? And bandits and thieves from outside and within? It's often a rough ride.

All of these elements combine to make a fantastic experience. Visually, The Banner Saga is gorgeous. The colors and the artstyles for both the 3D sprites and the 2D avatars work very well together and are only ever aided by the music scores in the background. The often haunting or adrenaline influencing tracks are always there just when they need to be. All around, each playthrough is a good eight to ten hours depending on your choices and how much time you want to take. 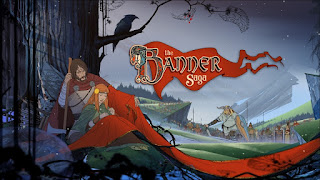