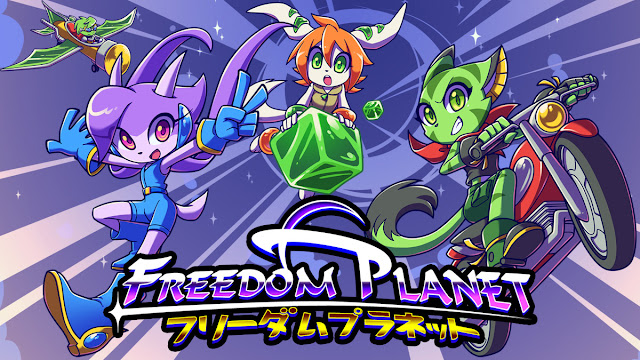 Now here's a game that brings me back in time. As I stumbled into this title I didn't expect Freedom Planet to be as engaging as it was. For its 2D platforming I imagined I was going to play something with a bit more hack n slash, but to my pleasant surprise I came into a Sonic-like world with a beat em' up system.


This game was originally designed to be a Sonic the Hedgehog fan based successor, but as fans feared it would be TOO MUCH like the actual game the creator, DiDuro, decided to find new inspiration by searching DeviantArt, an online artist alley, for new ideas and miraculously came across an artist by the name of Ziyo Ling who helped him shape the game. A hop, skip, and Kickstarter later his dream came true.


We dive into this adventure with three protagonists to choose from; Lilac the dragon, Carol the wildcat, and Milla the basset hound. All three are on a desperate hunt to stop the menacing Lord Brevon, who plans on conquering the entire galaxy. 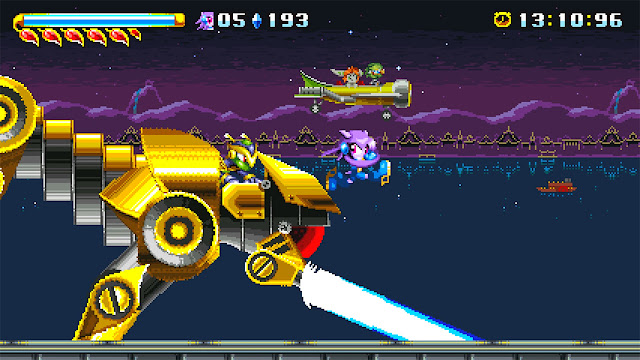 The controls to the game are pretty simple. You dash across the landscape of the level while doing your best to explore and collect everything. There are crystals and health jewels scattered throughout the levels as well as hidden tokens and 1-UP lives. You can also come across some power-ups that'll either increase your speed, reflect enemy attacks or shield you for a short period of time.


Each of the characters are also given special powers that can be used by consuming the power bar below your health. Luckily you don't have to wait to long to recover its power since it refills moderately fast every time you use it. You're given basic up, down, left, right attack buttons to fight your enemies and use combos such as hitting the jump + down button to do a jump kick that'll inflict extra damage. You can also super charge your run/jump powers and by angling in certain directions which can ricochet off walls. A nice technique to master so you can get to those hard to reach places. 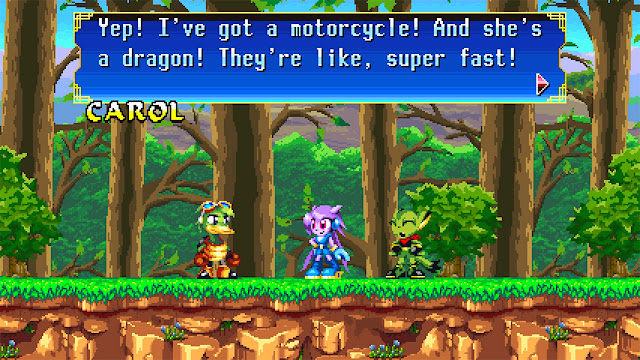 There is little to no voice acting in the game as your sprites throw out the odd grunt and "way to go!" after clearing each level. The music is a classic 16-bit chip-tune style that keeps the game in a upbeat fast tempo making you feel like you "Gotta go fast!".


Since the game released back in 2015, it's been ported from system to system and has received good to excellent praises throughout the years and once again this is not exception. The game is fun, fast and engaging. If you're looking for something that fits those categories then look no further than Freedom Planet to stop those jittery nerves. This game get my rating of 8 out of 10 for being a colorful, speedy, surprise