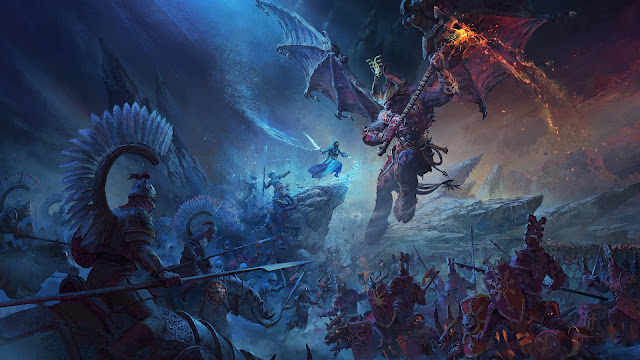 Total War: Warhammer III by developer Creative Assembly and publisher SEGA—PC (Steam) review written by Robert with a copy provided by the publisher.

This game is huge and not only in its size and scale - clocking in at 112GB, it’s going to eat up your hard drive spaces, so get ready for some belt-tightening. Once you spend the three or four years necessary to download and install the game, you’re ready to hop in and so you do… and you’ll be able to hop in the Prologue which is a great way to provide some really cool backstory / lore while also walking you through how to play as Kislev; I strongly recommend everyone give it a go, irrespective of your experience with Total War.

The story, acting, writing, and art for the Prologue are spectacular and really well done- in fact, it’s these tighter, more scripted moments that really show how much Creative Assembly has grown as a studio. Amazing writing tied together with a narrow scope in such a massive world really allows the writers and the artists to really shine. However, once you’re out of the Prologue and you start a new campaign, well… things become a bit more problematic. Each of the 8 races play uniquely… so uniquely that every race is so different that they feel like different games. Even further down that train of thought, though lie the various Lords (for those races like Grand Cathay that have multiple Lords) who in some cases, feel so completely different from the other Lord(s) of their race that you’ll need to relearn how to play them. That’s not a bad thing and gives huge amounts of replayability, but where it becomes a problem is that once your training wheels are off in game… 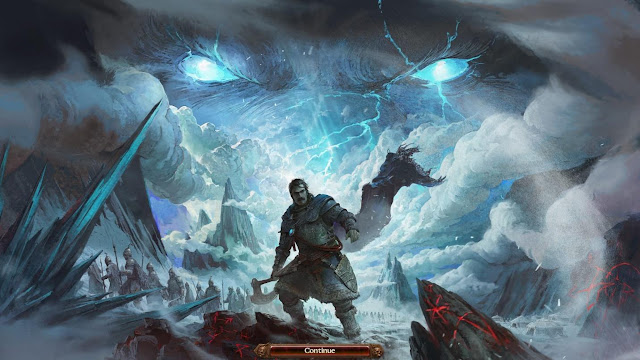 It's a grind. A significant grind, and one that’s so clogged with performance issues, piss-poor pathfinding, some of the dumbest hybrid units ever as they rarely ever work as either melee or ranged- why is that a problem? Because Kislev’s roster is almost exclusively hybrid units, sure, pistols are heinous but when your own unit shoots itself in the back because pathfinding is for losers, and well… it gets frustrating.

There's a screenshot below of a chaotic battle where I was playing as Kislev and lost. Even though I was projected to win (look at that balance of power bar…) to win, but lost because of the issues surrounding pathfinding, hybrid units, and a mass morale-based route. And there's nothing you can do to fix it. That’s not even the worst of it- in the utterly amazing and absolutely exceptionally-gorgeous siege/settlement maps… if you’re defending, when an enemy unit is shattered, it will pass over the walls or through the  unbroken and closed front gate and through the settlement…. You might think, “well, that’s not a problem, they’re shattered” except, that’s not always the case with the CPU- I lost my capital playing as Grand Cathay twice because the CPU can recover shattered units.

Even though I always keep 1-3 units at the important / strategic points, well, the CPU can recover those shattered units that are behind the wall and often-times, they’ll recover when they are behind the units I have in those locations as guards… and because most units are incapable of defending themselves without your active intervention, well, I’ve had winged knights and kossaks and all even an Ice Witch killed (and thus the city was lost) because they just stood there while the enemy units would just stab them to death. It’s frustrating and impossible to prevent (at this time). My only hope is that their next update will address some of this, because it literally makes the game unfun to play. 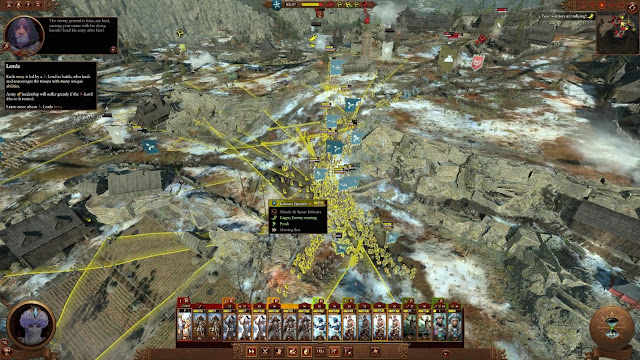 In fact, that’s generally the sentiment with every one of the factions in Total War: Warhammer III- amazing start, horribly terrible grind and slog through the middle of the game, then a snowball / avalanche effect to wrap up the campaigns. I legitimately believe that if CA could address these longstanding issues (the whole retreating-through-settlements thing has been around for nearly fifteen years) rather than waiting for the modding community to fix their problems, Total War: Warhammer III could tread dangerously close to being utterly perfect.

Alas, it’s not meant to be and given the sour taste that the mid-game leaves in your mouth after the 14th campaign and all the samey-ness regardless of your faction- that said, the factions are unique enough at the start and end that they all really do feel like different games. From the extremely RPG-heavy elements of the Daemons of Chaos where you not only are able to name your hero, but as you continue to fight, you essentially level up (via researching) and you unlock new bodyparts- from there you can build your Daemon to be whatever you want to be, or the “I’m pretty sure that I’m playing ANNO and not Total War” feelings of Grand Cathay to the… whatever Kislev is (seriously, a near complete hybrid army is just un-fun), Total War: Warhammer III is just massive.

I do wonder what the future holds for Creative Assembly- Total War: Warhammer III is a fantastic title that shows the clear appreciation that Creative Assembly has for the Warhammer universe. I tend to be extraordinarily critical of Warhammer titles as they always seem to miss the mark by a wide margin- that hasn’t been the case with the Total War line of the Warhammer franchise and with Warhammer III, I can finally say… “About damn time…” The Warhammer franchise has long-been maligned by titles not worthy of the GamesWorkshop-owned universe and we finally get a title that will likely be played for years to come… assuming the Modding community can get in there and fix things (looking at you, battle camera). 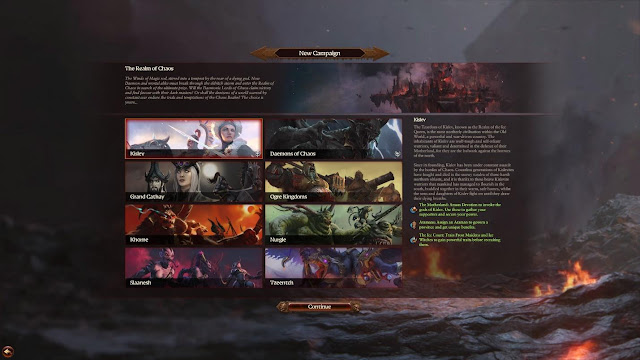 With stunning battlemaps, some of the best sieges I’ve ever experienced, a massive array of characters and units, all tied together with some of the best writing I’ve seen come out of Creative Assembly (ever), and wrapped up in a tasty, Chaos-filled Warhammer title that, more so than almost any game I’ve ever played, Total War: Warhammer III is simply huge. While I love the stories told here in the 8 campaigns and roughly a dozen new Lords, what I’m really looking forward to is how they’ll merge the Warhammer III campaign maps (yep, plural-ish, but you’ll need to pick up Total War: Warhammer III to understand, and expounding on it would be spoilery and I’m not a fan of that) into the Mortal Empires map of Warhammer II. I am legitimately sitting on the edge of my seat, waiting for the next iteration to come out… in the meantime, I guess I’ll just have to settle for playing the absolutely spectacular and amazingly written campaigns.

In Conclusion, Creative Assembly's Total War: Warhammer III is their Warhammer-franchise swan song and it exits stage left in a massive, yet dignified manner.

With eight unique factions, most with their own extraordinarily unique sub-factions (with the exception of the Daemons of Chaos), a huge, multi-tiered campaign map, a complete overhaul of sieges and how they work, dozens of unique and absolutely gorgeous battlemaps, the best music in the franchise, and housing one of the best-told and designed tutorial prologue- with a little more work, some clean-up for balancing, Total War: Warhammer III could very-well unseat the reigning Total War king, Total War: Shogun 2