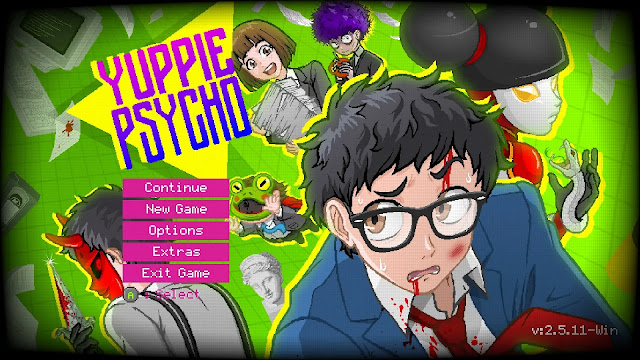 It's incredible when something so simple can turn into something so magical. What? Never heard of Yuppie Psycho? It's this niche little 2D, pixel graphic, survival horror, exploration and adventure game that I found buried under the flood of triple A horror games.

You might be asking yourself why I bothered dusting off this budget looking game. Easy. Because I noticed a diamond in the rough. A psychological masterpiece that somehow took horror at it's core and squeezed it's lifeblood into this title. Interested? Then take my hand, because the witching hour is about to begin.

And don't forget to leave your name by the front door... 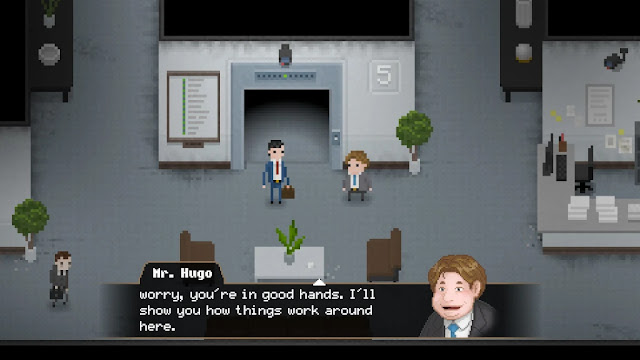 Our tale begins with a young man named Brian Pasternack, who just recently got hired at the biggest company in the city, Sintracorp. Nervous and a little under qualified, Brian isn't sure if he'll even make it through the first day. With the help of a few unlikely coworkers, Brian becomes aware that there is more to this corporation then meets the eye. An eye that seems to be driving him into the deepest and darkest recesses of this building's mad history. Brian must change his profession from simple office worker to witch hunter in order to take down the hag that seems to be feasting on people who become a little too nosy. As a pig-tailed girl in ruby slippers once quoted “Witches and robots and devils. Oh my!” Wait... that doesn't sound right?

I hope you brought a fresh pair of underwear in that briefcase, because this game will make you run... from traps, monsters and brain dead employees. There are many puzzles to solve and sometimes it might just kill ya. Some traps are obvious, while others tend to jump out at you when you least expect it, which may cause you to throw up that grilled cheese sandwich you plucked out of the garbage earlier. Hey, a man's gotta do, what a man's gotta do to survive corporate hell... literally! 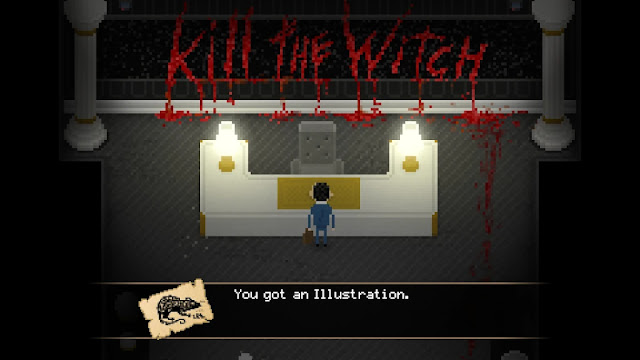 If you manage to work hard and persevere through the trying trials before you you'll be rewarded with many collectibles and pieces of evidence that does a nice job of telling you the story hidden under the story. These clues could also help unlock other areas and endings that may just surprise you.

You'll also need to gather resources and supplies to keep poor Brian from keeling over. These items can be found or prepared throughout the level. A bit of water will heal the minimum, while a whole pizza will put the pep back in your step. Healing items won't always be available, instead you'll have to collect and piece together consumable food like cup noodles, which the ingredients can be found by searching places like filing cabinets, bookshelves, trash cans and water coolers.

In order to save your progress in Yuppie Psycho you'll need a working photocopier. You will also need to search for paper that'll be scattered throughout the building, as well as ink cartridges. It's always a hoot and a holler when the main character has to photocopy his squished face. But be warned, you'll have a limited amount of these items throughout the story, so collect and use them wisely to save your content. Especially for those who love to rapid save, this game could be your worst nightmare. 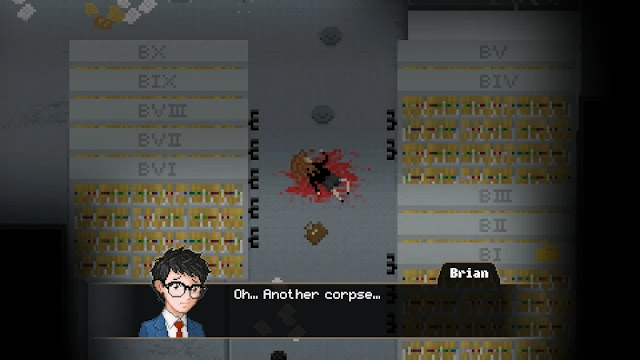 There are a cornucopia of characters in the game that will strap you down in a roller coaster and take you for a ride. No one, and I mean no one, is normal in this high rise of a company. One of Brian's biggest secrets is helping Sintra, an AI being, finding and slaying the witch of the building, and absolutely no one is allowed to know. Not your boss, your cubicle mate, the cute girl you met in the lobby. Zilch! Nada! Because anyone could be the witch or her children, so choosing to trust in your coworkers could get you killed.

But everyone has two sides to them and going around and getting to know each and every one of them could be beneficial to problems down the roads. Yes, even that blond rich boy who called you a nobody.

Yuppie Psycho can somehow make a cutesy pixel adventure feel like The Witch's House, going from 0 to 100 in mere seconds. The feeling of dread is a constant companion and it is exquisite. It keeps me on my toes in anticipation for what might just be waiting behind that next door. What also brings these thrilling moments to light is the musical score. From wacky moments to intense horror, this chip-tune score gets a thumpin' thumbs up in my department.

If you ever walk into a room with no sound... run!

To conclude, I had the pleasure of playing Yuppie Psycho: Executive Edition, which is an upgraded version of the original game with extra areas to explore, new bosses, and additional new endings to the game. This makes the play time longer than before and the whole experience ended up being a crazy pixelated adventure that I continued to hunger for.

With the engaging storytelling and memorable characters I couldn't wait to finish the game, only to replay it again to achieve a different scenario. A 2D experience that had me shaking in my slippers with just how engrossing the universe was.

If you're prepared to be swept away by the twisted horrors that happen in this game then Yuppie Psycho is for you. I'm giving this title, hands down, a 10 out of 10. Believe me, it's that good. Now then... What did you say your name was again?