on August 03, 2015
If one thing can be said for certain, it is that Omega Force knows how to make a game. On the off chance that the name doesn’t ring a bell, they are the developers for Temco Koei’s Warrior series. Dynasty, Samurai, Orochi, we are all pretty big fans of and that doesn’t include Hyrule Warriors, Bladestorm, Toukiden, the upcoming Dragon Quest Heroes. 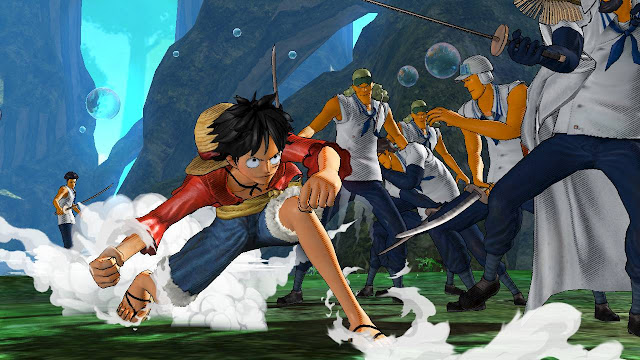 So with all that being said, I don’t know how One Piece Pirate Warriors avoided me for so long. My initial response at the announcement of One Piece Pirate Warriors 3 was honestly “There are two others?”. Within not very long I set out to find the first two and thankfully they were happily placed upon the PSN where I promptly jumped into them as they were infinitely easier to find than physical copies which in some cases were as much as a mortgage for some reason. Being just slightly behind in the Manga as I like to read arcs as a whole without the weekly cliffhangers, returning over seven-hundred chapters back to the beginning was a nice refresher.

The great thing about a Warriors game is that there is always something new whether it be big or small. One Piece Pirate Warriors is no exception with Luffy and his Crew put into somewhat of a Musou style. Instead of going about a full blown warriors game with over a thousand KOs per map, things were interestingly different both in good and frustrating ways depending upon the situation.

Going about a different direction than a lot of the core Warriors series entries, One Piece instead uses the main character’s abilities for a lot of action, adventure, and light puzzle solving. For those that do not really know what One Piece is, it is a weekly Shonen Jump entry alongside the likes of Bleach (Death Gods), Fairy Tail (Wizards), and the recently finished Naruto (Ninjas). It’s about a bunch of crazy pirates in which some have eaten fruits that grant them powers at the cost of not being able to swim. The main character Luffy D. Monkey is in this boat as he’s eaten the Gum-Gum Fruit essentially turning his entire body to Rubber. Using this idea as a core, Pirate Warriors is essentially split into two different portions. The first is a good old Musou style conquering areas and defeating bosses while the other is an action-adventure-puzzle that uses Luffy’s rubberized body to get through it all. 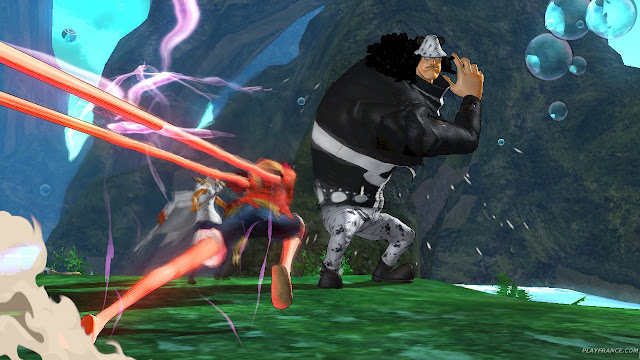 When it comes to the straight up Warriors sections, Pirate Warriors does everything right. If I had to put an approximation I would say that about ninety-percent of the time players will be using Luffy with some quick segments with other characters especially later on in the game. Combat itself is fluid with a bit of Samurai Warriors mixed in for combos being based off of both the Square and the Triangle button instead of just using one or the other for a finishing move like a lot of the other entries. This definitely allowed for a lot more versatility especially since you had only the one character for the majority of the game.

Supplementing not being able to change your main character is the option to partner up with other members of your crew when they are available. By doing so, Partner Strikes open up allowing for them to switch places with Luffy for the duration of a combo attack. To set up a partner strike, a specific combo is listed beneath Luffy’s health bar. By performing this combo and then hitting L2 when the option arises in slow motion on your screen, you instantly change places for some rather large scale enemy destruction depending upon the partner. On a general basis though, any Partner Strike is a good Partner Strike. By repeatedly using these as they become available, a meter filled up on the partner’s portrait. Once filled, the next Partner Strike will also unleash a Musou attack for maximum efficiency.

Here’s where things get a bit better and worse. The inclusion of a different style of levels was a great idea. Using Luffy’s rubber body, players can extend their limbs to slingshot themselves over larger distances, reach high ledges in order to make it up and over obstacles, extend over a gap in order to pull down bridges, etc. On these stages the fighting is much less as the platforming and the puzzle challenges are really what are being highlighted. What can kind of get in the way however is that sometimes it could take a few seconds and backtracking could be required. While this is generally the norm of things, some platforming elements are just too much to be repeated that often in that short amount of time especially if you miss your cue and fall down having to restart. The main example of this would be the monkey bars. Using a full combination of L1, L2, R1, R2 Luffy needs to hit the appropriate ones in sequence to make it over. There’s one level in particular that after six times I had more than enough and just wanted to get to the boss fight. 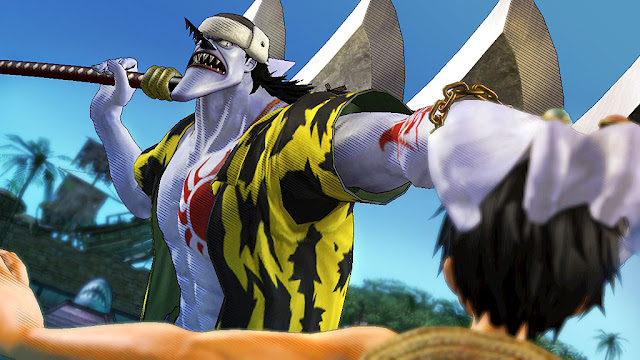 That leads into the other half issue. Boss fights could be both amazing and amazingly frustrating. The frustrating boss fights are those that have no mechanics to them but instead are a full out brawl. These generally have Luffy up against foes that should technically be able to pull off a one hit kill with how strong Luffy is at that point in time. These battles can be very long even after learning the attack patterns as one wrong move can send you to the game over screen.

Boss battles with mechanics attached to them however are much more pleasant and generally fun to play. These battles contain options to throw things at the boss in order to get in a coup de gras or a bit of platforming elements to dodge devastating attacks. If anything can be said though, it is that there is a lot outside the norm when it comes to Pirate Warriors which boils down to being pretty standard for the general craziness of One Piece.

Not being left out there was one more feature that was included amongst everything else which can mostly be seen between the Boss fights and certain Platforming segments. Quick Time Events (QTEs) are used mainly in boss fights to show off some cinematic fight scenes to spice things up in an epic anime showdown fashion that One Piece and a lot of Shonen Jump (Dragon Ball Kamehamehas included) are really known for. In platforming they are used much less until the slingshots or the monkey bars are put into focus. I these players have to as mentioned above hit the right combinations or risk falling down which is generally into water. Since our powered up Pirate can’t swim, we really don’t want that.

One Piece Pirate Warriors came out a few years ago back in 2012 with it’s sequel Pirate Warriors 2 in 2013. While it may be slightly older, it doesn’t quite yet fit into the retro section so I will be giving it a score. Honestly even with the bits of bumps that it has, Pirate Warriors is a good game which shows off a decent amount of innovation attempted by the team in order to do something wacky like One Piece justice. I’ll be back soon with Pirate Warriors 2 as I get ready for next months Pirate Warriors 3!