on August 05, 2015
The Fantastic Four. The X-Men. The Avengers. About the only way to get them on the same screen together is in video game form (due to the mess that is the Marvel movie rights). While that is a source of frustration for fans of the Marvel movies, at least the video games seem to be able to get it right as LEGO marvel Super Heroes for the Mac provides over a hundred different characters to romp through adventures with. 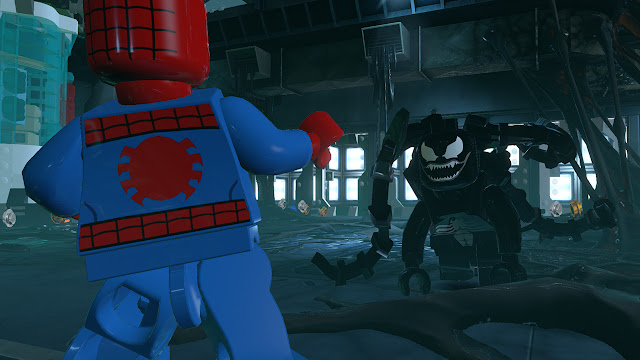 What really sells this game is the variety. In all of the LEGO games, there is a tendency for characters to have overlapping traits. If you are playing a Star Wars game, you get a handful of characters who use blasters, a handful who use The Force, you have droids - but they feel very similar. In LEGO Marvel there are certainly similar characters. Spider-man and Iron Man both use ranged attacks, but the way that they play with the environment can differ. With so many heroes and villains called upon in this game, the variety is impressive and really makes for some fun environmental problem solving.

Like other LEGO games, there are a couple of things that Marvel does very well. The first is the humor. These games are whimsical, delightful and simply a lot of fun. They are approachable for an old comic book fan like myself, but still entertaining for my youngest daughter. The other thing I expect from these titles is puzzle-solving. With all of these different super powers, there was ample opportunity for clever level design, and the development team made the most of it. LEGO Marvel Super Heroes has some of the best level design of any LEGO title, and there is lots of reason to come back and play again once you unlock some new characters. 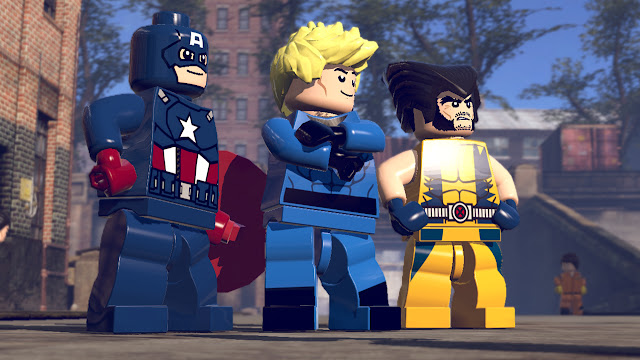 One of my favorite aspects to these LEGO games is unlocking new content. With the large city acting as a hub between levels, there is ample reason and space for exploration. This will no doubt appeal to fans of open world content, though myself I preferred the primary missions. The storyline is fairly standard stuff, but it fits in with the comic book roots of the game. Some of the encounters are more entertaining than others, but almost all of the boss fights are fun once you figure out what it is you are trying to do.

As much fun as the idea of comic book heroes merged with LEGO bricks are, it is worth noting that this is actually one of the least attractive LEGO games I have played in a while. The character models are adequate - they are at least distinctive from one another, but they somehow feel 'off' compared to some of the others I have played. Additionally, levels are cleverly designed but often not all that great to look at. I much preferred the more fantasy-like visuals found in Lord of the Rings or even Jurassic World (which in fairness is a newer title). 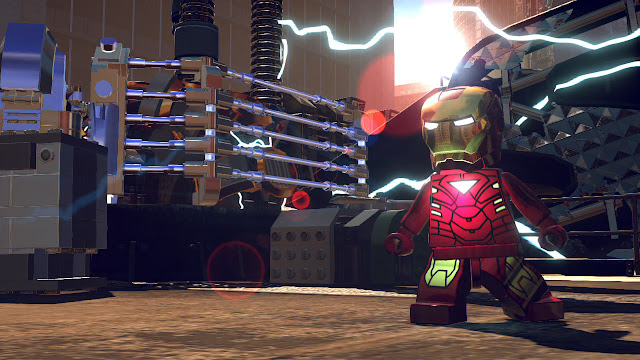 With more of an open world exploration vibe, LEGO Marvel Super Heroes will likely appeal to a slightly different audience than some of the more structured LEGO titles. As a result, this one took me longer to complete than others, but did not seem to have quite as many high points for me either. Perhaps it is because this is a more original tale than what the LEGO games usually present. The majority of their titles have the structured narrative of movies to follow (whether it be the Jurassic titles, Indiana Jones, Star Wars or others).

LEGO Marvel Super Heroes deserves some credit for doing things a bit differently than some of the other LEGO titles I have played, however it is not quite as memorable at the end of the day either. The humor and puzzles I expected certainly held up their end of the bargain and it was a fun experience overall. Fans of the LEGO titles or who just really want to see their favorite Marvel characters together on the same screen will not be disappointed.