Games that should have had sequels (Part 3) - Gaming Thoughts

on August 28, 2015
Over the last couple of days, we have had a couple of the members of the team submit their list of games that they wish had gotten sequels. To cap off the week, I thought I would go ahead and share my own list of titles that I really would have liked to see live on just a bit longer. 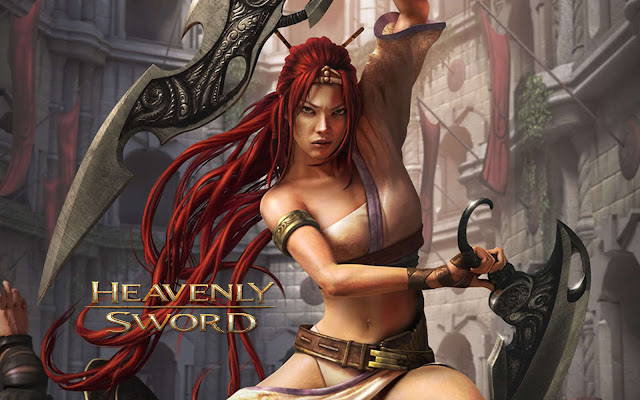 This was one of my first PlayStation 3 games when I purchased my system, and I absolutely loved it. Was the game flawed? Certainly, but it was also a lot of fun. The visuals were excellent, the combat was engaging. Sure, it felt like a God of War clone, but a lot of other titles have tried to mimic the popular God of War series and few of them did it as well as Heavenly Sword did. Add in a handful of extras and an excellent voice cast, and this was one that I always hoped we would see a sequel to, but never received. 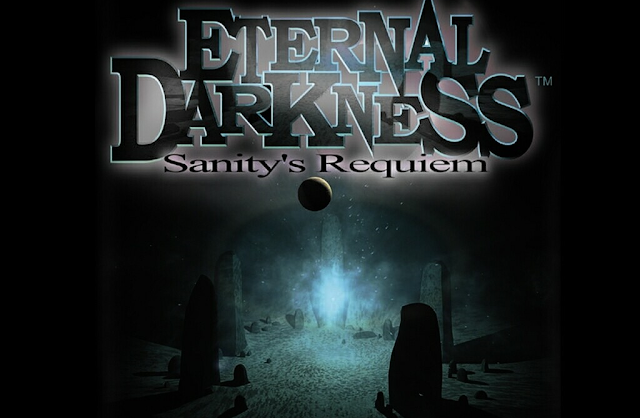 This is still one of my favorite GameCube titles. Like Heavenly Sword, there was talk of a sequel to this title, but nothing ever came of it. The use of insanity was one of the more innovative aspects of this psychological horror game, and while the basic mechanic has found its way into other titles over the years, the effect in Eternal Darkness was far more novel. Sometimes the insanity played out in something in-game that was unexpected, such as your character suddenly becoming a zombie or getting beheaded as he or she entered a room. In other instances, the game decided to mess with you, the gamer. Convincing volume 'bars' as the game went silent, or a message stating that instead of saving, but deleting the game and more made Eternal Darkness a memorable experience. 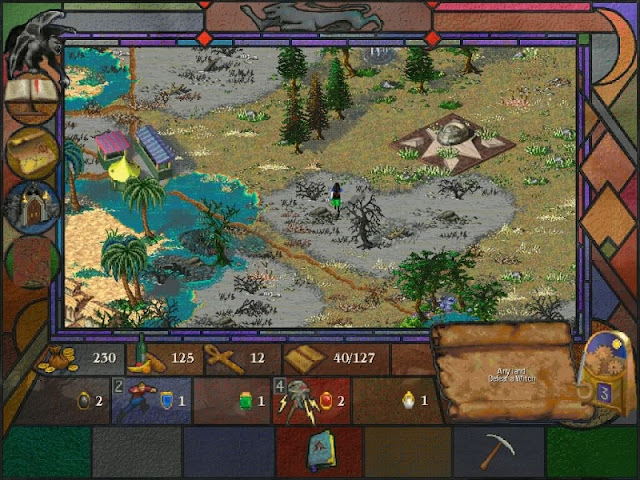 No, I'm not talking about the Duels of the Planeswalkers games, which have probably had too many sequels for their own good. I am referring to an old PC game that released back in 1997 by MicroProse. It is often called Shandalar (a reference to the setting of the game). There was an expansion for this title called Spells of the Ancients, but never a proper sequel. One of the reasons this game resonated with me was the flexible deck editing mixed with RPG elements. You controlled a character who would travel across the world in real time encountering dungeons and bosses but also random encounters. Your deck possibilities were ever-growing and it encouraged experimentation. It is amazing to me that it took the Planeswalkers games so long to add deck editing when MicroProse got it almost completely right a decade earlier. Let's kill these Planeswalkers titles off and try something unique like this again?

The World Ends With You 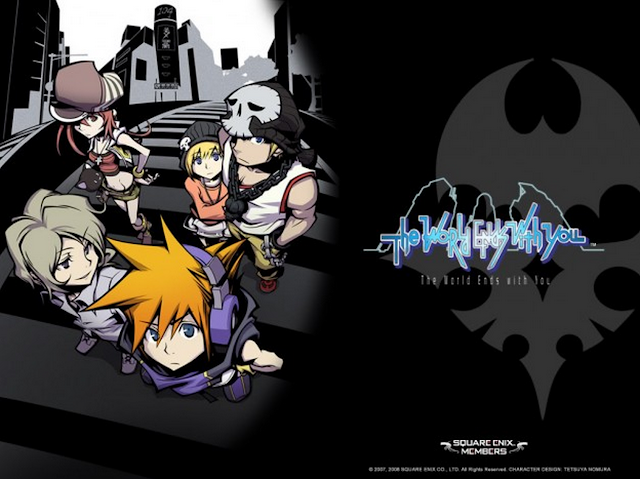 Don't get me wrong - I enjoyed this DS RPG quite a bit, but I am placing this vote out here for my son, who ranks this as arguably his favorite video game ever. He loved the characters, the music was catchy and the systems were a lot of fun. There was a whole lot of excitement about this title when Square Enix teased on their site that... this would be coming to iOS. Seriously, you should have seen my son's expression when he heard that. The best way for me to describe his reaction was 'bitter' - because he had been desperately hoping for a sequel. Come on Square Enix - make this one happen! 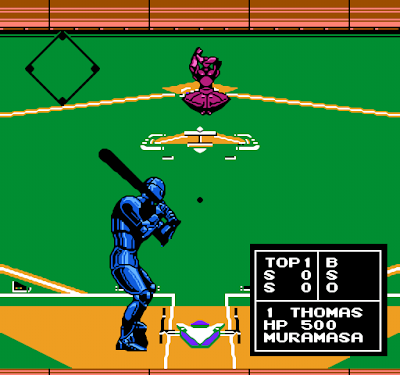 This was a futuristic sports title set in the 24th century. The story is simple - owners grew tired of players demanding more and more money every year, so they replaced humans with robots. However, this is not just baseball. You duke it out over base possession, you can upgrade the throwing/shooting arms of your robots, help them to hit harder and upgrade their weapons. This game never really took off, it was flawed to be certain, but it was also just a whole lot of fun. My buddies and I sunk tons of time into this game and I have no doubt that this title could be done right if given the chance for a modern sequel. 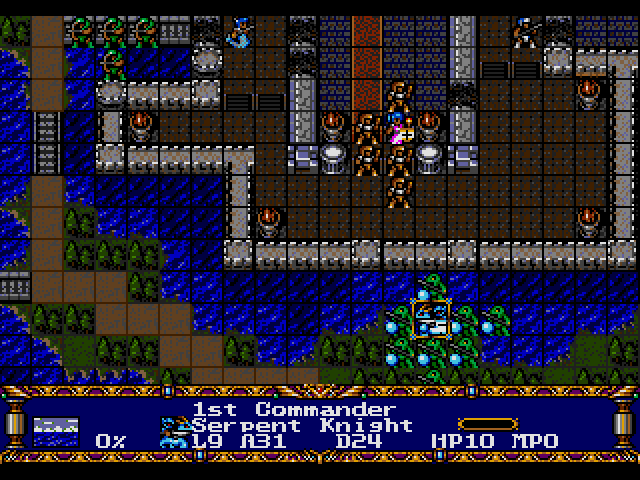 I did not include either of these titles in my list above, because I wanted to go with one-and-done titles. These two both received sequels - but the sequels were never localized here in North America. So while I know they exist - I never got to play them. Anyone who has read my article on Warsong (the best strategy game you've never played) knows that I am a fan. Well, the sequel came out in Japan, but never got brought over to the US. Warsong still passes the test of time as one of the best Genesis games - especially for strategy fans.

Likewise, Dragon Force was my favorite Saturn game of all time - but it also never got a North American localization. Both games are similar - they are strategy games with heavy RPG elements set in fantasy worlds, and I would still pay for a proper US version of either today (for that matter, can we get a Dragon Force remake for PSN or Xbox Live? Other Saturn games have gotten the HD and trophy/achievement treatment and these would likely age far better than more action oriented titles). 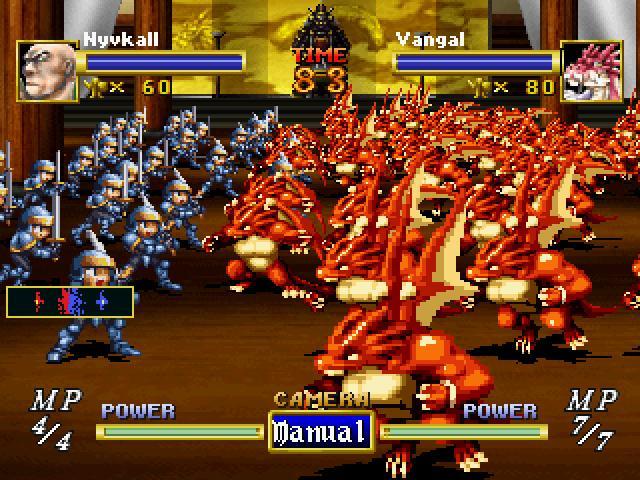 So there we have it - my additions to the list. Agree? Disagree? Feel free to let me know either way!

Base Wars Dragon Force Eternal Darkness: Sanity's Requiem Games that should have had sequels (Part 3) Gaming Thoughts Heavenly Sword Magic: The Gathering The World Ends With You Warsong