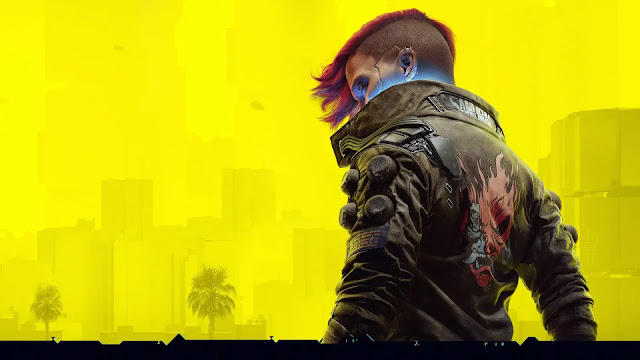 Cyberpunk 2077 by developer and publisher CD PROJEKT RED—Microsoft Xbox Series X review written by Nick with a copy provided by the publisher.

Cyberpunk 2077 by now has had a long and storied release. That being said, the game recently added in a huge patch that not only hoped to address issues that had been raised, but try and get the game closer to the initial vision that the development team had. Having not played the game at all prior to this, I was a relatively clean slate who found Cyberpunk 2077 to be an engaging if still imperfect experience.

Like many people, I was a tremendous fan of The Witcher series and was really looking forward to the release of Cyberpunk 2077. However, my schedule conspired against me at the time and I never had a chance to try it myself. One of our other team members, Susan, gave her incredibly detailed thoughts about the game in her review of it on PC at the time – which was probably the best release platform. The last gen consoles were a mess and even the new and shiny console releases were just upscaled version of the game. 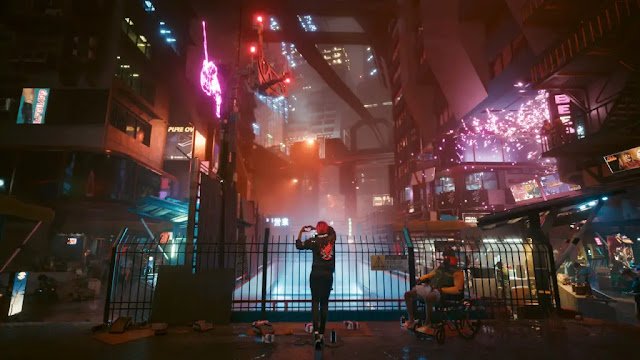 The new patch does a lot of things, most of them quite favorable. While I didn’t play the game before this, like most gamers I’ve seen many of the videos and could see how the visual performance and stability was a mess initially. Now? While there’s still some issues here and there, the overall experience is an impressive one from where I am sitting. I love the overall aesthetic and art direction. Many of the neon soaked night environments are the sort of thing I absolutely adore and Cyberpunk 2077 nails that far more often than not.

Another important area that the patch focused on was the NPC AI. This is another area that was something of a black eye during the game’s initial release with numerous videos showing off flakey AI in a variety of different circumstances. This patch remedied a lot of that. Not all of it – I still had a handful of odd interactions that probably didn’t play out exactly as the development team had anticipated, but I never stumbled onto the crazy game-breaking encounters with NPCs either.

So with some of those improvement caveats out of the way… what did I think of Cyberpunk 2077? Well, on its own merits with what I experienced: I had a lot of fun. 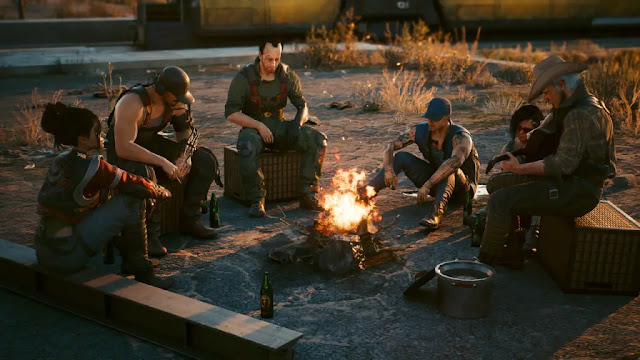 Right off of the bat, Cyberpunk 2077 oozes ambition, and it’s easy to see how the development team may have bitten off more than they were able to chew… but goodness it did not take me long to really start losing myself in what is offered here. The story is interesting and layered, with actions that have some meaty, tangible consequences. There are some pretty heavy themes in here as well, with plenty of sex and death, making Cyberpunk 2077 and interesting study of morality in a video game. That being said, this is a video game based on a tabletop game and as a result while there are choices to be made, there is a lack of freedom of choice. The story itself is still on rails more or less, they’re just branching ones. It’s a reality of the gaming world that those hoping for the truly open tabletop experience could be disappointed by, but anyone who has played similar titles (think anything D&D) is familiar with that transition by now.

One of the changes in the new patch is progression (apparently – I don’t know this firsthand) is in how some aspects like the skills and equipment work. I really can’t comment to the changes themselves, but I can say I enjoyed the progression systems and how my character evolve during gameplay. You can make some pretty creative choices here that have a direct impact on how you play the game and I appreciate how you can tailor that gameplay experience. Outside of the skill trees as an element of progression, there is an addictive combat -> loot gathering gameplay loop that I certainly enjoyed. Honestly that’s one of gaming’s most addictive hooks for me (hello my many hours of Diablo over the decades), and it works well here as well. 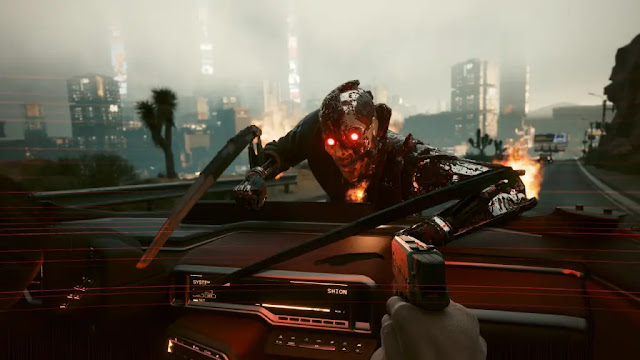 The loot loop (say that ten times fast) feeds into the combat where you can tailor your experience even further to your liking. Sort of like the first-person Fallout games from title 3 and later: what kind of combatant do you want to be? Do you want to bludgeon your enemies in melee, use rapid fire spray and pray weaponry or are you a more precision-based sniping character (full disclosure: I almost always gravitate towards the last option). There is some baked-in stealth options, but... and maybe this says more about me than the game, but I seldom use stealth and find myself preferring the brute force option most of the time in games, and that holds true here as well. That being said, the stealth in Cyberpunk 2077 just didn’t connect with me.

Another area I can’t really attest to, is the ‘improved UI, map, etc’ that the patch pitched. But that said? What I experienced was fine by me. There’s a lot of things to keep track of and interact with, as well as a hacking minigame element as well. Other than a couple of oddities when connecting to terminals to engage the hacking game, all of it worked well for me. As for the actual hacking minigame itself? It’s a pretty simple (on the surface of it) effort to match codes and break into the system. 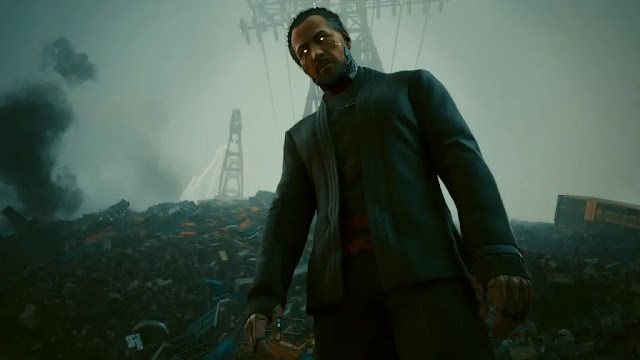 So the primary question I wanted to answer? “Is Cyberpunk 2077 worth playing today?” For me? Absolutely worth playing. There’s a lot to like here, despite some issues. What kinds of issues? Well, even after this patch there were some oddities that would creep up. Characters walking through solid objects during cutscenes, somewhat sketchy AI / pathing for NPCs, the aforementioned few times jacking into a terminal went a little weird, oddities in the audio where deeper tones can get oddly glitchy and a handful of instances where the game would crash and exit me out to the main menu. None of these were quest-ending bugs that ruined the experience for me, but there’s still some rough edges here in places.

That being said, there is a lot to like here as well. Cyberpunk 2077 is an incredibly vibrant world, both visually and in its various interactions. Whether I was petting an animal, taking the time to read through billboards or finding a ton of quests to spend my time on, Night City was a thoroughly engaging virtual world. That being said, it’s still an imperfect world in a handful of minor but certainly noticeable ways. Though I was excited for the original release of Cyberpunk 2077, I suspect my experience benefitted from waiting to play. I'm glad I finally got the opportunity to do so.