on December 24, 2020
Empire of Sin by developer Romero Games and publisher Paradox Interactive—PC (Steam) review written by Susan N. with a copy provided by the publisher.
Estimated reading time: 8 minutes

Empire of Sin is a turn-based game similar to XCOM but is set in the 1920's when prohibition was a thing. Player's move to the city of Chicago in search of creating a new empire by building brothels, speakeasies, and casinos. The characters you can play and encounter are exciting and unique, making the game intriguing. However, Empire of Sin released with several issues and launched too early. Let's dive into the details.

Since I was given the option, I played the big dog himself. The legendary Al Capone, though he is only one option out of about fourteen. He's the most notorious mobster in history. I figured, why not? After choosing Capone, I entered a cutscene where I'm entering Chicago. This is how the story begins. First, we have to hire a couple of people.

The tutorial of the game introduces players to all aspects of Empire of Sin. It has character skill trees, business management, and turn-based combat. But if you think that is all you have to deal with, you'd be wrong. Players also have to pay attention to the rival mobsters and their relationships with others. They're also tasked with procuring money through various means. It doesn't take long before the deals you make will drastically hinder your survival rate. I know this because during my first playthrough, I allied with two rivaling mobsters. As a result, I was attacked by one of the most powerful people in the city. But, if you play your cards right, your playthrough won't murder your hopes and dreams quite that quickly.

That said, I really enjoyed the depth of the characters' witty and unique personalities. Empire management is quite detailed and consumes a chunk of gameplay time. Players can upgrade their security and aesthetics, change their alcohol type, and research rival mobsters. There were large blocks of time devoted to upgrading buildings and strategizing my next move. 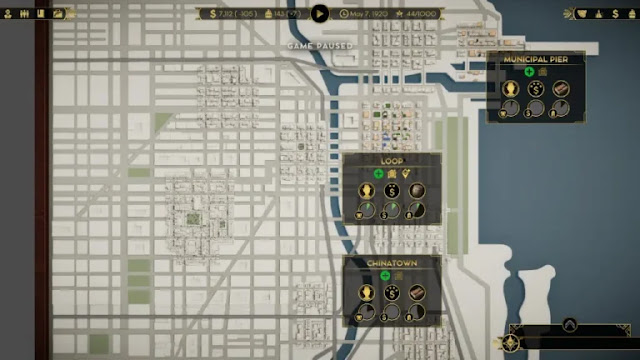 The meat and potatoes of Empire of Sin is the combat, but it's also the least appealing aspect of the game. Not only are buildings lackluster because the layouts are generic, but your squad will stand in tactically disadvantaged locations. Furthermore, the crew formation can't be changed, even if you ambush a building.

My dreams of ransacking buildings strategically were repeatedly sidelined as bosses initiated sitdowns and began fights. Your buildings have a small number of guards to defend while you are out and about. Unfortunately, you have to control those fights instead of focusing on having money to increase your empire. Very few aspects are automated in the Empire of Sin. On top of that, it felt like the combat was too frequent and gameplay was too slow, forcing players to have little cash. In fact, there is no change in movement speed, no dialogue skip option (ever), and no downtime to handle your affairs.

In the failed playthrough, I had barely made it out of the tutorial before the Donovans went to war with me. On the streets, my security team was outnumbered and at my safehouse, I died to fourteen gang members! Let us not forget that these fights often drew the attention of close-by police officers. In short, the difficulty of the game ramps up quickly in some playthroughs. The graphics in Empire of Sin are fantastic. The ambiance created by the music and the theme helps to make for a realistic atmosphere of the 1920s. The city is dynamic, filled with characters that react to everything around them. Characters on the street will step to the side when they are on the same path as another and they will duck for cover when a gunfight breaks out. The downside to this aspect is during combat where those characters take up advantageous positions.

The buildings themselves will reflect what services it provides. Speakeasies are bars, casinos are gambling establishments, and brothels are adult entertainment locations. But they are all fairly generic in terms of combat. The brewery before it is taken over is rundown, with fading exposed brick and kegs strew about. Because basic template layout for each building, even with the seemingly random locations of the barrels, combat becomes predictable.

However, while I do like the aesthetics in this game, Empire of Sin has graphical and UI issues. For one thing, there are times where characters stand inside an asset. When they move locations, the asset often remains. Another issue I have is the game's inability to recognize mouse clicks. This meant that my crew would move until obstructed and then get stuck there. Sometimes movement would be negated by the autosaving feature, which caused unnecessary street fights. Thirdly, the UI is complex. Finding the screen to change alcohol types seemed to be difficult to find. There are so many windows to go through that it makes gameplay cumbersome.

Empire of Sin is beautiful but it has some bugs to iron out, as well as other elements that I discussed above. 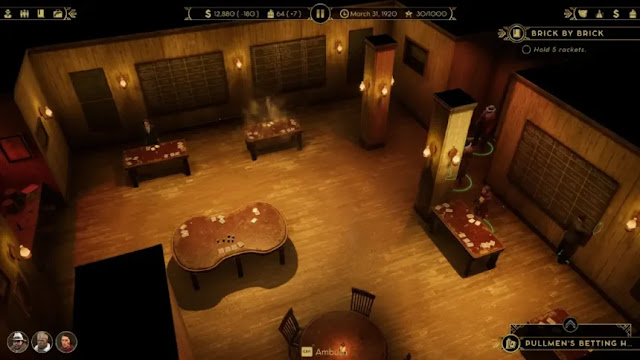 One of my favorite elements of the Empire of Sin is the audio. First, the voice acting for each mobster is well done. I even appreciated the little comments like 'asshole' as characters moved into position during combat. Mobsters were voiced appropriately without too much emphasis on stereotypes. The Irish man was not constantly drinking alcohol and the Hispanic woman wasn't dropping random Spanish words in half of the dialogue. In short, the accent of the characters told more about the people than familiar dialogue phrases.

Secondly, the music in Empire of Sin is brilliant. I absolutely adored the classical feel and sound. The music is upbeat and exciting. It brought joy to my heart in a way that modern-day music fails to accomplish. (Despite my listening to a wide range of music.) In fact, when upgrading the aesthetics of a specific racket, a band will appear on a small stage. It's little details like this that catch my attention, on top of the cheerful swing music.

Pros and Cons of Empire of Sin 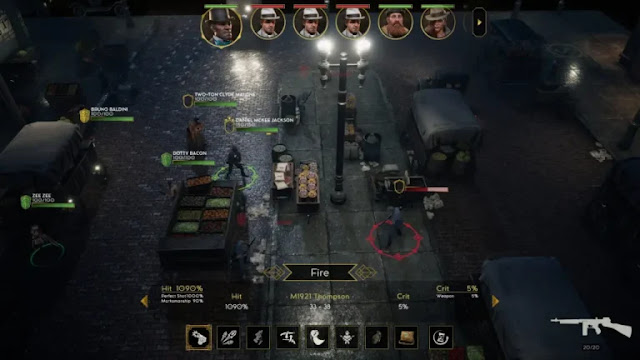 Empire of Sin is a fun and lowkey turn-based tactics game that I really enjoyed, but unfortunately, there were just too many issues that grated on my nerves. Some of those issues were graphical, some were notification issues, and others stemmed from bad or corrupted save files. If the developers let the alcohol ferment longer, Empire of Sin might have been a boss of a title. Sadly, it feels like wine that isn't quite ready to be sold. And while the empire management and character leveling gave me an immersive experience, there was just too much packed into Empire of Sin. It's almost like the developers bit off more than they could chew.

Despite the game issues, I had a fun time managing my empire, making deals with other bosses, and laughing at the discourse between people. Sure, the combat was weird at times, but it's not really difficult. And even though I played Empire of Sin for a decent amount of time, I can't in good conscience rate it very high. It needs some more time to hammer out the bugs and give players a few more options - or breathing room. Overall, I give this title a 7 out of 10.