on September 24, 2015
Fallout: Brotherhood of Steel takes place in America after it has been devastated by a nuclear holocaust. The scattered survivors struggle to rebuild civilization while dealing with radiation, bandits and mutated beasts. The Brotherhood of Steel is a group of heavily armed men and women, devoted to bringing order to the chaos of the post-apocalyptic world. 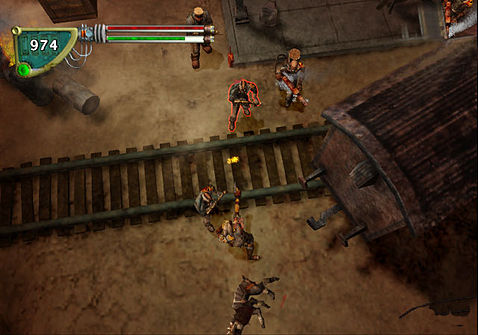 Wishing to join them, you start the adventure in a small town. Your first mission is to kill some raiders attacking the local bar and then clear a big warehouse of giant scorpions. All role playing games start humbly but Fallout: Brotherhood of Steel never becomes epic. Even when you finally meet the Brotherhood you see just an old paladin who dies soon after.

The plot is thin and secondary quests don’t give you the chance to discover new locations. The few non-player characters you meet include a former member of the Children of Apocalypse (whom you fought in the first Fallout), a traitorous mayor and a high-spirited prostitute (if you ask her to have sex the controller’s vibration is activated for a couple of seconds!). You may talk badly to them, however, this does not have any permanent consequences∙ you don’t make moral decisions either, unlike Fallout.

After a brief, informative tutorial, you choose from three characters, Cyrus, Nadia and Cain. The first two are humans while the third one is a ghoul (former human disfigured by radiation). Character development is poor because there are no attributes (strength, intelligence, etc.) to increase, leveling up does not raise your maximum health and skills offer small bonuses, e.g. only +25% damage with melee weapons if you maximize the appropriate skill by spending dozens of points. As a result, you rely mainly on finding new equipment to become stronger. There are some differences among characters but they are minor, for example, Nadia has more health than Cain and gains more hit points per kill with the sadist skill. 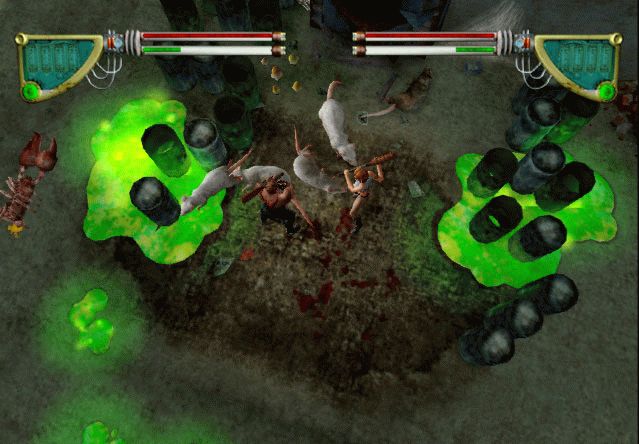 Combat involves fighting humans, ghouls, mutants and bugs with cleavers, double Berettas, submachine guns, laser rifles and grenades. Enemies attack in small groups and often fire projectiles. Your moves include dodging (not very effective though), three-hit combos and single powerful attacks that require charging. Boss fights are not very hard and you can progress through the game quickly if you spend plenty of stimpacks (health items). Melee weapons don’t have the same range while firearms consume different types of ammo and some of them are more effective close to an enemy. Combat is simple but I enjoyed bashing ghouls with a sledgehammer, exterminating raiders with a Desert Eagle pistol, running for cover behind walls or saving civilians from execution.

Exploration is needed to find keys for locked doors, collect items (better equipment can be found in many places, for example in the end of narrow corridors) or simply get out of a stage. There are also a few platform elements, e.g. jumping on metal pipes over a chasm. A map guides you to save points, exits and important characters but doesn’t show clearly when a path is blocked.

Inexplicably, the camera is almost vertical and has no zoom out, resulting in an awkward view of your character (you see a small portion of his/her body), your surroundings and the action. On the other hand, the graphics create an atmosphere of decay and isolation thanks to the brown, gray and green colors used and the choice of scenery. Nothing more cheerful than a trek through an area with dilapidated houses, rusty cars and dead bodies scattered around! I also noticed details such as sparks flying off from burning barrels and windows being shattered by bullets. Lastly, the animation of your combos changes depending on the weapon you are carrying. 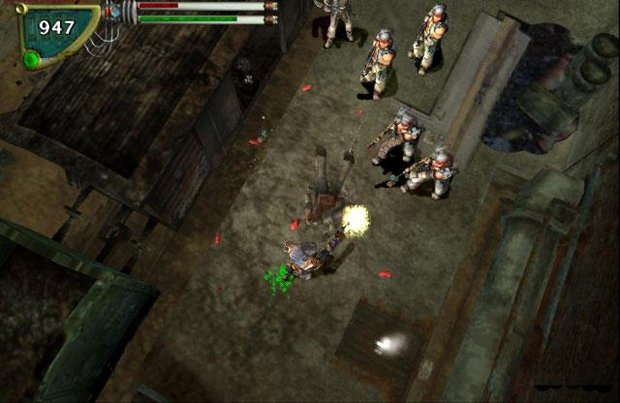 The music is forgettable and its volume is very low in comparison to the sound effects. The voices of the non-player characters are good though∙ I even recognized the actor who played the mutant general in the first Fallout.

The control is simple but the auto-lock should be more accurate. Also, when you buy stuff from a merchant you don’t see your stock. Lastly, the interface divides everything neatly in six pages: weapons, armor, other items, skills, quests and character sheet. It even has the funny pictures from the original Fallout.

The difficulty is average although you face some annoying enemies, such as guys who explode when killed or the monstrous deathclaws. I have not completed the game, only reached the third, final act, twice (with Nadia and Cain). I wanted to finish all secondary quests before and when I failed repeatedly at the arena I was furious and quitted. So, I apologize for not having a complete picture of the single player mode.

Fallout: Brotherhood of Steel reminds of Baldur’s Gate: Dark Alliance· they are both based on a famous PC role playing game, they have similar controls and offer a combination of melee with ranged fighting viewed from above. On the other hand, DA is much better in terms of graphics, action and world design. Basically, Brotherhood of Steel is not a Fallout game since it lacks the size, complexity, rich plot and absorbing atmosphere of Fallout. However, it is far from being bad and I think I should have finished it. 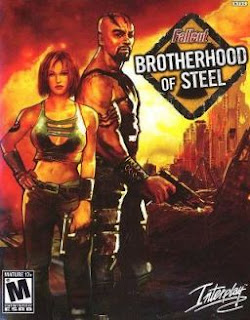