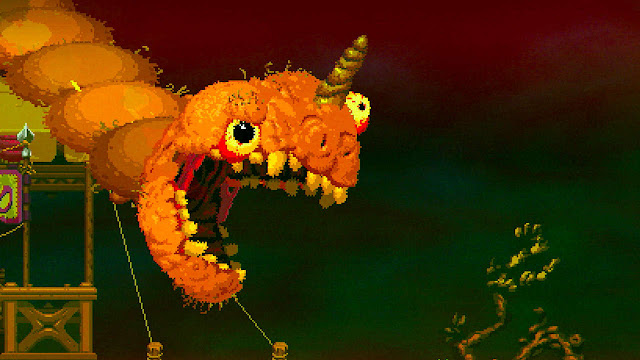 The original Nidhogg was a huge surprise to me when it released. It turned out to be a game that I never even knew I wanted and I wound up sinking a ton of time into it. For better or for worse, after the success of the original title, Nidhogg 2 carries with it some expectations. The good news is, fans of the original will no doubt like what they find here, even if the sequel doesn't quite feel as fresh as the first game did.

First and foremost, there were some changes to the original title. The visuals got an update, but I am not sure they are for the better. It is hard to put a finger on exactly why I feel this way. I suppose I can best articulate it as the game looks both busier and messier, and the end result is a style that just never really clicked with me. There are times when I get a chance to stop and appreciate the backgrounds, which certainly hold up better for me than the characters, but I can't bring myself to say I'm a fan of it overall. Additionally, the music is just not as catchy this time around. It is decent, but far from memorable. 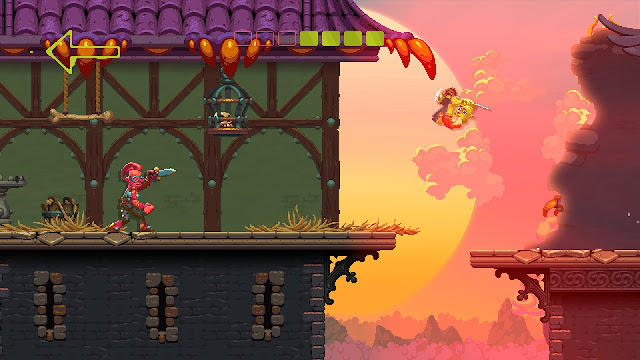 These along might hurt the overall presentation, but they are not enough to completely hold Nidhogg 2 back, however. Even the first game, despite my preference for its music and unique visuals, was never predicated on these things. Instead it was more about a fun, challenging premise structured around fantastic controls. To that end Nidhogg 2 has the tight, responsive controls I not only expected but that it needs to succeed.

This is in fact, probably the most important aspect of the game in many ways, and why Nidhogg 2 is still worth playing. You and your opponent start off in the middle of a stage that you are trying to take control of. You have to manage expanding that control with killing your or at least outlasting your opponent to do so. There is some modest variation to this premise regardless of which of the three modes you play (Arcade/Single player, Online or Local multiplayer). The combat shines more often than not, assisted ably some new weapons and some tweaks to other types of combat (the jump kick handles quite differently now). However, these new weapons do have a drawback as well. I appreciate the variety they offer the gameplay, but the matches seem to end more quickly now than they did with the first title's more fencing-oriented gameplay. 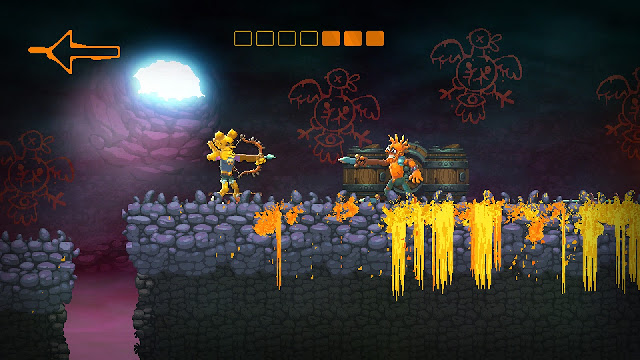 In fact, that may well be one of the biggest issues with Nidhogg 2. I hate to put too much weight in a game's content, but this is a really fun but also incredibly short game. I got through the single player content in about half of an hour with only a handful of losses along the way. Obviously Nidhogg 2 is meant to find longevity in multiplayer, and that is where I think it works best. I had a good time battling Chris, who admittedly was better at it than I was. To that end the combat has more nuance this time around than the original, likely due in large part to the expanded weapon selection.

My gut feeling is that while the action found in Nidhogg 2 is entertaining, it works best in a group environment. I can easily see myself breaking it out if I have a few people over, as it provides some pretty crazy and entertaining action. However, these are pretty small slices. With no story, no real sense of progression and limited single player content, Nidhogg 2 provides plenty of thrills and spills, but lacks some of the surprise charm that the original had and the depth of content that will keep me coming back to it over and over again. 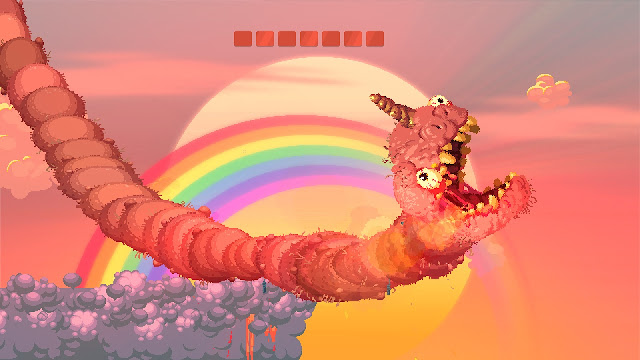 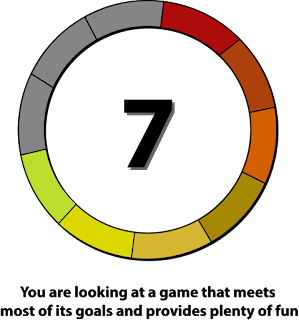