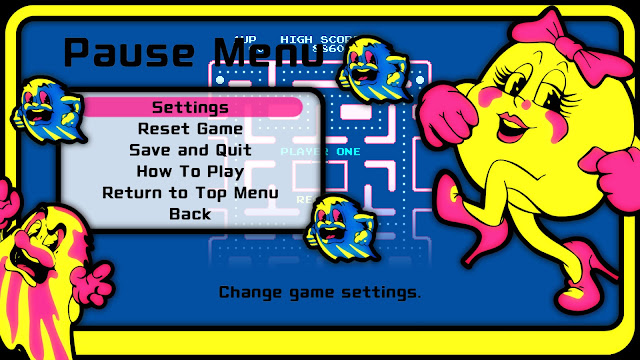 Classic arcade games. These have long held a warm, special place in my heart because I grew up playing them. Recently Bandai Namco Entertainment released a quartet of old quarter munchers in emulated form for a variety of platforms, and I had a chance to sit down and kick the tires on all of them. By and large I liked what I saw.

This was an interesting series to come at from a review perspective. I decided that I would score the games as a collective - more of a reflection of the quality of the ports/emulations than of the games themselves. I will also have a brief section about each game, because they have all been important to the industry over the years but each one likely does not merit its own full review since most people likely have experience with them. It is worth noting that there is a 3-in-1 pack that has PAC-MAN, GALAGA and DIG DUG, but excludes Ms. PAC-Man for some reason.

Those little gold pellets might as well be golden quarters getting munched on over the years. The premise is simple and though it has been a couple of years since playing the title, I was surprised at how quickly muscle memory kicked in and started to guide me down specific paths and patterns I developed decades ago. The general premise is that you move PAC in all four directions to evade ghosts through a series of mazes while trying to clear the board of pellets. Your only defense is the four power pellets housed in each corner of the maze that provides you with a limited ability to eat the ghosts who will now flee from you. The more stages you beat, the shorter the power pellets last and the more aggressive the ghosts seem to get with you. Lots of repetition to be had here, but it is safe to say that so many years later, PAC-MAN is still one of the most immediately recognized characters in video game history. 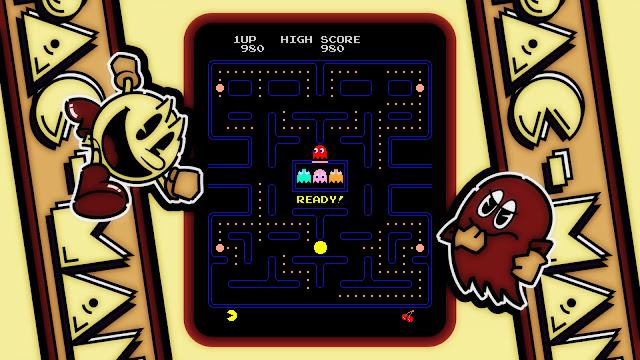 Of the four games in this package, I would have to say GALAGA is probably the one I played the least over the years. I never was a huge fan of the 'Space Invaders' style of games where you occupy the the bottom of a screen, taking out waves of enemies that go swooping about above you. The twist on this title was that your ship can get stolen and recovered, creating a nice bit of risk/reward for those who want the dual-firing version of your ship afterwards. The colorful enemies and lightly dotted space background made this one of the more visually distinctive games of its time and it certainly has a well-earned legion of fans, but of the four it was my least favorite game. 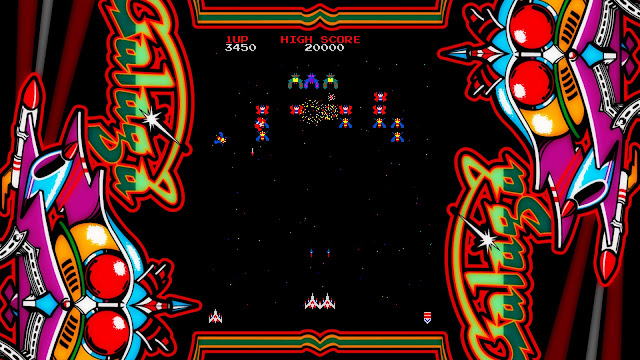 Conversely from GALAGA, DIG Dug is my favorite of all of these titles. It was also the most recent (ringing into arcades back in 1982). Similar variants such as Ant Eater chewed up a lot of my time on the TI99/4a, but none of them ever came close to the original for me. Something about having a couple different ways to combat your enemies (one being an air pump and the other digging out supporting soil that causes rocks to plummet and potentially crush your enemies) made this more of a thinking game for me than most arcade games of the time. DIG DUG was also more visually interesting than a lot of the other games of the time, because so many of them had so much black occupying the screen, but here with the layers of dirt, DIG DUG was more fun to look at. 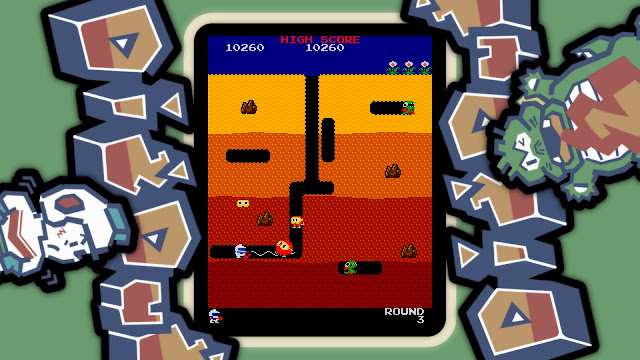 I suspect the reason she got left off of the list for the multipack is because her game is so darned similar to PAC-MAN, and between the two, PAC-MAN is the older, more established entry. It is a shame though, because Ms. PAC-MAN has always been the better game. Whether it was little details like the moving fruit or the better level design, the lady presents as the better of the two games. Perhaps if the team was so concerned about the similarities between the two, they could have opted for SUPER PAC-MAN, which was not as good a title but more unique at least. 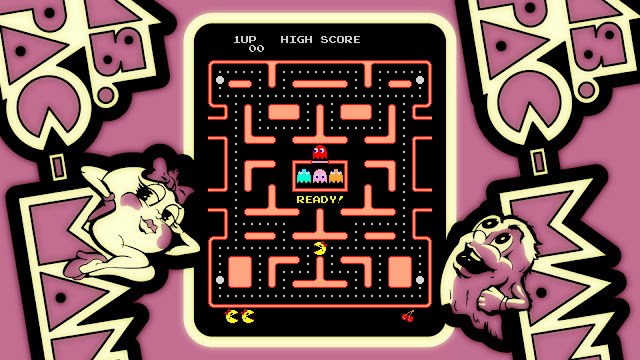 Now for the overall package. The collection of games is a very nice one. The emulation is solid, with overall good controls, achievements, online leaderboards and a handful of nice touches such as the ability to save mid-game and to turn on scanlines through sliders. There are some zoom options you can use as well if you prefer to make the actual screen action larger while cropping out the side images. Taking a classic set of games like this is a solid option, because they are classics with no learning curve that have a built-in adoring fan base.

The biggest disappointment I came away with here is that there should have been 'more' - of something. With a classic game like this that is available in a variety of different places and formats, it would be nice to find some kind of extras, like what you get with the Rare Replay and many of the games there. Whether it was promotional art and materials or a variant game mode in some fashion, just a little extra would have been nice to have. Hardly a deal breaker, as the overall package is an enjoyable one, but a small quibble I wanted to voice.

All in all the ARCADE GAME SERIES is off to a good start with four immediately recognizable arcade titles that should appeal to a good number of people. Some nice bells and whistles compliment the collection, though there is a slight missed opportunity to do even more with it. At the end of the day, if you like one or more of these games, you are getting a crisply rendered version of said title complete with some save options and achievements, and that is not a bad thing at all. 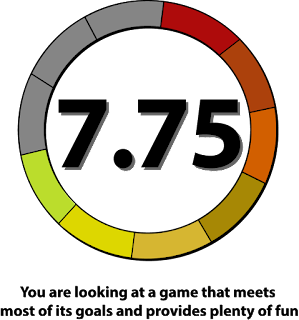