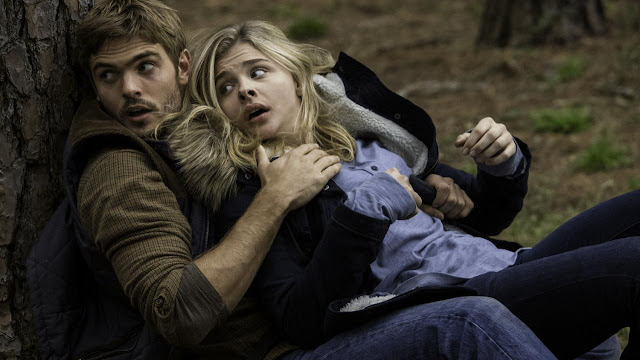 I am a fan of Chloe Grace Moretz although I had never seen a movie of hers. I was thinking of watching “Carrie” but I couldn’t stand the idea of her getting killed so violently! So, the Fifth Wave was the first movie I saw with the super cute actress.

The story is about a girl who survives an alien invasion of modern Earth and tries to save her brother, while meeting with a brave young man and trying to figure out what is really happening. The plot combines romance with thriller and mystery elements and I loved most of it. Cassie’s relationship with Alex has a rare innocence and I started to care about the two of them from the moment they met. The experience they share at to the broken car, during the night, when he changes her bandage, is one of the most erotic I have seen.

The characters are not complex but had me guessing about their intentions. Is Evans hiding something and what could it be? What is the army’s role? I wanted to see what obstacles Carrie would have to pass and how she would make it. The movie reminds of The “Mazerunner”, where all the bad guys are grown-ups trying to take advantage of young people. Does this reveal a sense of social guilt? The feeling that the previous generations messed things up and the new generation is forced to fix them? Anyway, I would prefer to have at least an adult as one of the good guys, which would make the story more realistic. 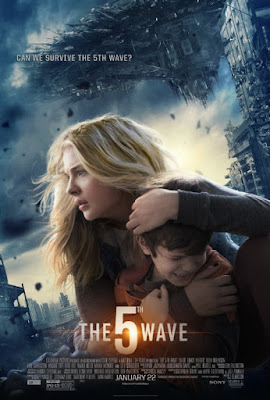 In addition, I didn’t like Cassie not crying when a beloved person dies and leaving him unburied. Moreover, the plot has several holes, for example the super advanced aliens wouldn’t need to make such a plan to kill the remaining humans and the military base wouldn’t be disabled so easily. In fact, the climax is weak, with a major development (Evans’ activity) happening of screen. And the idea of someone learning how to disarm people without any practice is silly. The Fifth Wave reminds of “Red Dawn” too, where some young people defend their homeland from an invasion and become effective soldiers with basically no training.

Despite the above mentioned problems, I liked the second half even more than the first. Chloe Grace Moretz may not be very convincing carrying an assault rifle but she makes her character very likeable, she seems vulnerable, as a person of her age and background should be, and also looks determined to protect what is precious to her. The Fifth Wave does not offer deep sci fi or an intense adventure. Nevertheless, it has its own identity, I enjoyed it and I am eager for a sequel. 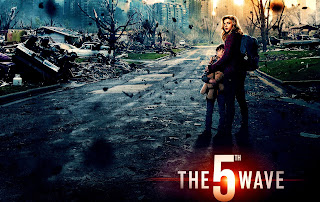 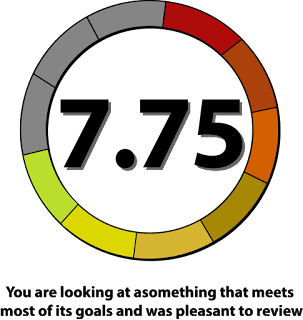